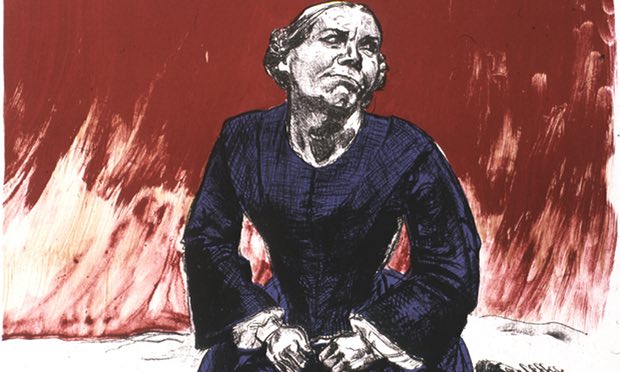 I knew about Jane Eyre for a long time before I read it. Handsome Mr Rochester with his gothic dash and flair, plain Jane with her habit of lurking in window seats; it was an archetype of one kind of love affair, and in its way more sympathetic than the more glamorous coupling of Heathcliff and Cathy. More sympathetic because more encouraging to an adolescent (regardless of their gender) with low self-esteem. Then there was the mad woman in the attic. Didn’t all homes have such a creature – even when there was no attic and no lunatic – in the sense that the attic was a head space as well as a room space, in which invisible injustices and wildness were stored, ready to burst into the world and create havoc at any moment?
I expect I saw a film version too, which would have reinforced all these impressions. But the book itself … I didn’t read it until I went to work at the University of Hull in 1976 when I was 23 and found that I had to teach it. Although I still feel embarrassed to have arrived at the table too late, I comfort myself by thinking that at least I was more or less ready for it.
Ready, in particular, for something I’d not previously known about. Which is Brontë’s very clever meshing of a plausibly rendered world (and I could easily see how well rendered by visiting Haworth from Hull), with a world that is pretty much pure fantasy. I don’t just mean fantasy in terms of those gothic elements, but in the bending of hard facts (the contemporary laws of the land) to bring Jane to her eventual reward. In this respect, the book is truthful about cruelty (Bertha’s fate, especially), but it is also life-affirming. The central tension between actualities and make-believe anticipates the tragic plea at the end of Villette: “leave sunny imaginations hope”.
THE GUARDIAN