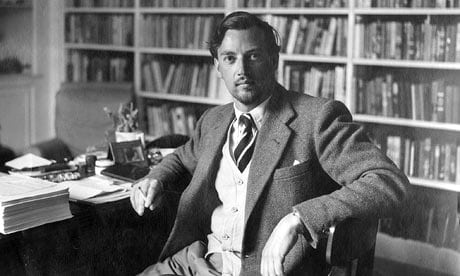 I
can visualise Alan Ross's expression – ineffably polite, but just failing to disguise his displeasure at being called anyone's hero. Perhaps "exemplar" would be a better word, given that he was the first writer I properly came to know and also the first editor to publish me, selecting one of my unsolicited short stories for his literary journal London Magazine in 1978. I was 26 – it was to be an association that lasted until his death in 2001.

When you are an aspiring young writer – and if you don't come from a literary background – the first writers you meet take on an almost totemic significance. You think: so this is how to live; these are the attitudes to strike; these tastes are the ones to cultivate. Walking into the small cramped offices of the magazine was a revelation for me. Books everywhere, of course, but there were two dogs sprawled under his desk, and big vivid modern art on the walls. Alan was an unchangingly youthful, tanned, dark-haired figure even though he must have been in his mid-50s then. He took me to an Italian restaurant and we drank powerful cocktails. It was impossible not to be smitten. There was a sophisticated raffishness and glamour about him as well – nothing seedy or earnest. He owned racehorses. He loved women and travel. He had known Evelyn Waugh and Dylan Thomas and Ian Fleming. He was a poet and a brilliant writer on cricket.
Alan was a diffident man, and the classy veneer of his life disguised something of a tormented soul (his experiences as a young naval officer in the war haunted him all his days), but I think what he inadvertently taught me – and he never remotely sought to be a mentor – was a kind of generous eclecticism to life and culture that was embodied in the 30 years or so he edited London Magazine. He was the opposite of parochial, his interests were wide and not elitist, his enthusiasms were carefully hedonistic. He was a very fine writer of prose – his two volumes of memoirs are small classics – and his poetry is limpid and evocative. It was a very important encounter for me.
THE GUARDIAN

Posted by Ficciones at Saturday, November 21, 2009