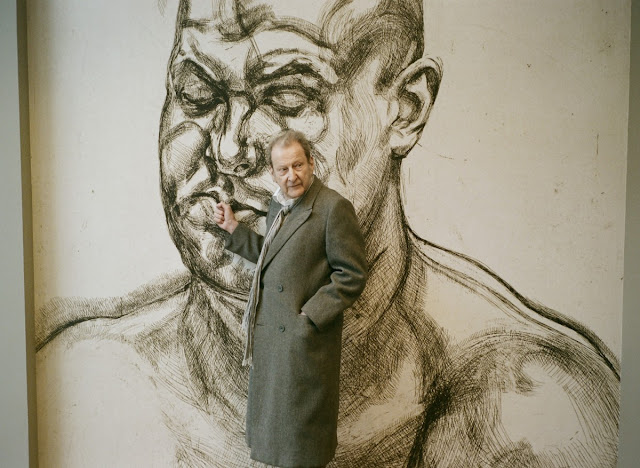 'I find myself deflated, and moved, and grateful, all at once'

t was in Holland that I first encountered Lucian Freud's paintings in the flesh. And I mean in the flesh. Freud's use of paint, his remarkable relishing of the human form, the unbearable beauty and sense of time passing, of ageing itself, all stopped me in my tracks. I couldn't look away. I didn't look away.

Artists – whether painters, writers or composers – often seem to doubt the efficacy of art more than anyone else. I'd been doubting the decisions in my life, the intensity of effort required for the writing of a novel, wondering what impact the art itself might make. But standing before that Freud painting, something in the physical construction on the canvas, the weight of all that paint, made me feel hollowed out. There was nothing lonely in the work itself, but the presence of a figure clearly absent led me back into myself. It was a disturbing experience, a visceral one. At the time, it affirmed something for me about art and what it is that makes us who we are.
Born in Berlin, Freud fled the Third Reich with his family and ended up in London at an early age. His personality was, by all accounts, a difficult one – a man troubled and left uneasy by his own abilities as much as by his limitations. Or so I've found myself imagining. But it's the paintings that I return to, again and again. The privilege of experiencing the human form through his dissecting eyes and fingertips. That altered way of seeing. I find myself deflated, and moved, and grateful, all at once, whenever I get the chance to see through his eyes a little of what he saw.
Esi Edugyan's Half Blood Blues has been shortlisted for the Man Booker prize 2011.
THE GUARDIAN