My hero / Homer by Madeline Miller

My hero: Homer by Madeline Miller


'From the very first sentence - "Sing, O goddess, the destructive rage of Achilles" - I fell completely in love'

first encountered Homer when I was five years old and my mother would read the Iliad and the Greek myths to me as bedtime stories. From the very first sentence – "Sing, O goddess, the destructive rage of Achilles …" – I fell completely in love. I was enthralled by the larger-than-life gods, the epic adventures and most of all by the noble and deeply flawed heroes.

When I got to high school, I was fortunate enough to have a Latin teacher who offered to teach me ancient Greek. Being able to read Homer's words in the original was a life-changing experience. I had always loved his stories and characters, but in the original I was struck by the beauty of his language. It was so poetic and powerful and expansive. No matter how many times I studied it, I was always surprised and delighted by something new. 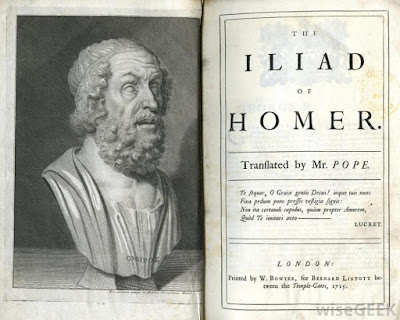 I continued to study classics through college, and came to realise that I wanted to participate in the stories not just as a reader but as a teller. I returned to the same characters that had always fascinated me – Achilles and his beloved, Patroclus. And once again Homer inspired and surprised me. His rich and fully imagined world generously gave me the scope for my own.

We still don't know if Homer was one person or many people, whether he was truly the blind bard of legend or someone more prosaic. What we do know is that when these poems were written they were intended not just for an elite audience, but for everyone. Homer's eye is all-encompassing; every facet of human life is welcome. His insight into human nature, into such universal experiences as love, loss and war, remain relevant today. Whoever created these gorgeous poems, I owe them a huge debt of gratitude. Almost 3,000 years later they are as fresh as they ever were.
•
The Song of Achilles (Bloomsbury), Madeline Miller's first novel, has been awarded the 2012 Orange prize.