The disgraceful genius of Julia Louis-Dreyfus 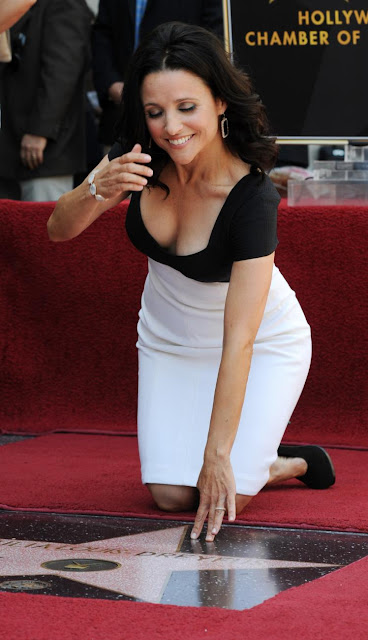 
From 90s hair-spiration in Seinfeld to the president in Veep, snogging Bryan Cranston and tackling industry sexism, she plays the Hollywood game perfectly

A
s Veep enters its fifth triumphant series, I’d like to spew forth my unfiltered admiration for Julia Louis-Dreyfus. My 90s hair-spiration as Elaine Benes in Seinfeld, she has come to mean so much more to me than that. She navigates a career in Hollywood in which she has never been the “girlfriend” or the stereotypical female “voice of reason” to her more prominently featured male counterparts. And now she is playing the leader of the free world, albeit a seriously inept one, it looks like there’s little left for her to conquer. 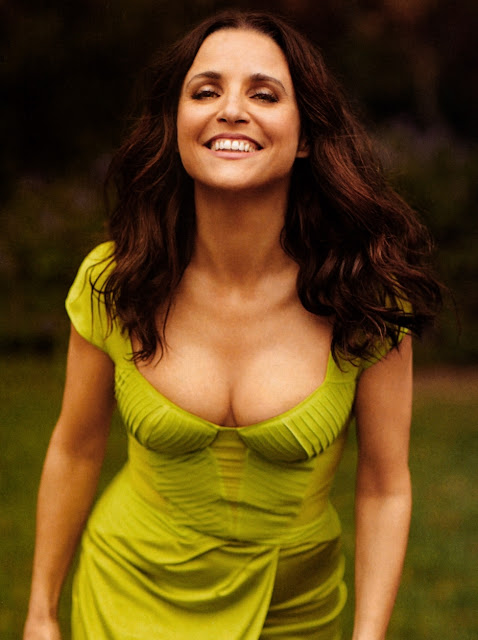 She is one of the few women in US television to clown and belch and discard all vanity in the name of laughs. Her performances are entirely laugh-focused, whatever it takes. Introduced into Seinfeld after the pilot, reputedly because executives felt the setup was too male-centric, she instantly became one of an ensemble, not just the token chick. The prior relationship between Elaine and Jerry is quickly dealt with so they can get on with being friends and Louis-Dreyfus can get on with being just another one of the gang, prone to the same social disgraces and troubles as her male co-stars. 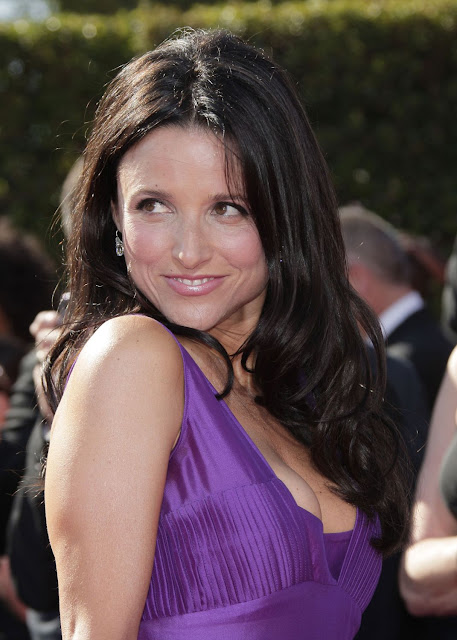 She specialises in playing flawed, often awful, characters whose main focus is self-advancement. In Veep, she is Selina Meyer, a venal, nasal, Palinesque horror in soft tailoring who lurches from one political disaster to the next, mismanaging all around her, yet still somehow manages to make it to the Oval Office. But somehow, she also makes her likeable. I haven’t worked out the trick she pulls on screen: behaving appallingly while appearing utterly charming. She uses the combination of her diminutive physical presence and her apparent cuteness to devastating effect when she’s pacing the corridors of the White House, swearing every other word and trying to martial the chaos. It’s a performance I can’t imagine any other actor getting quite as right, male or female. 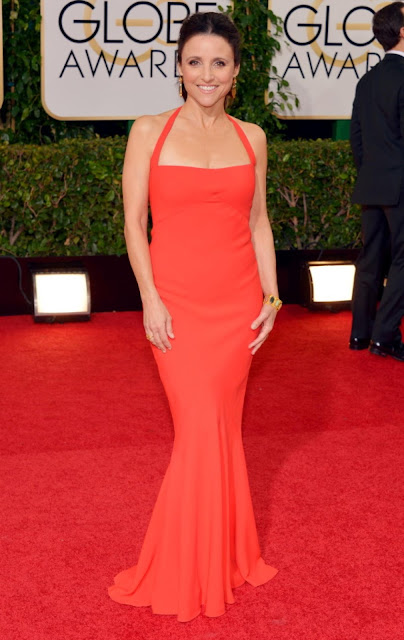 Outside of her TV roles, she plays the Hollywood game so perfectly, owning the fate of actresses who reach a certain age and the industry no longer knows what to do with them. In the Inside Amy Schumer sketch “Last Fuckable Day”, she teams up with Patricia Arquette and Tina Fey, who host a picnic to celebrate her last day as a “believably fuckable woman”. They toast her longevity at 55 and she looks forward to her retirement from public life, drinking melted ice-cream and ceasing to give a fig about her appearance.
Again, I can’t imagine many other actors agreeing to present themselves in this light for laughs. It’s that taking ownership of the crappy way her industry works and her place in it that’s so impressive. 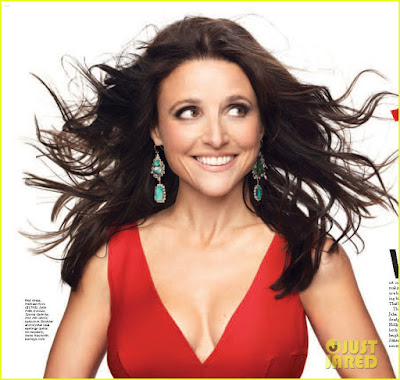 One of my favourite JLD moments came at the 2014 Emmys when she went up to receive her best actress in a comedy award. Halfway to the podium, she is accosted by Bryan Cranston, who proceeds to snog her passionately for several seconds. They had worked out a skit to liven up proceedings in which, earlier in the ceremony, he reminds her of the time he had appeared as her love interest in Seinfeld and she feigns ignorance. Now there’s a celebrity who doesn’t take herself too seriously and bothers to give an awards show audience something more exciting to watch than just another tearful acceptance speech.
Can you tell I love her? I love her.