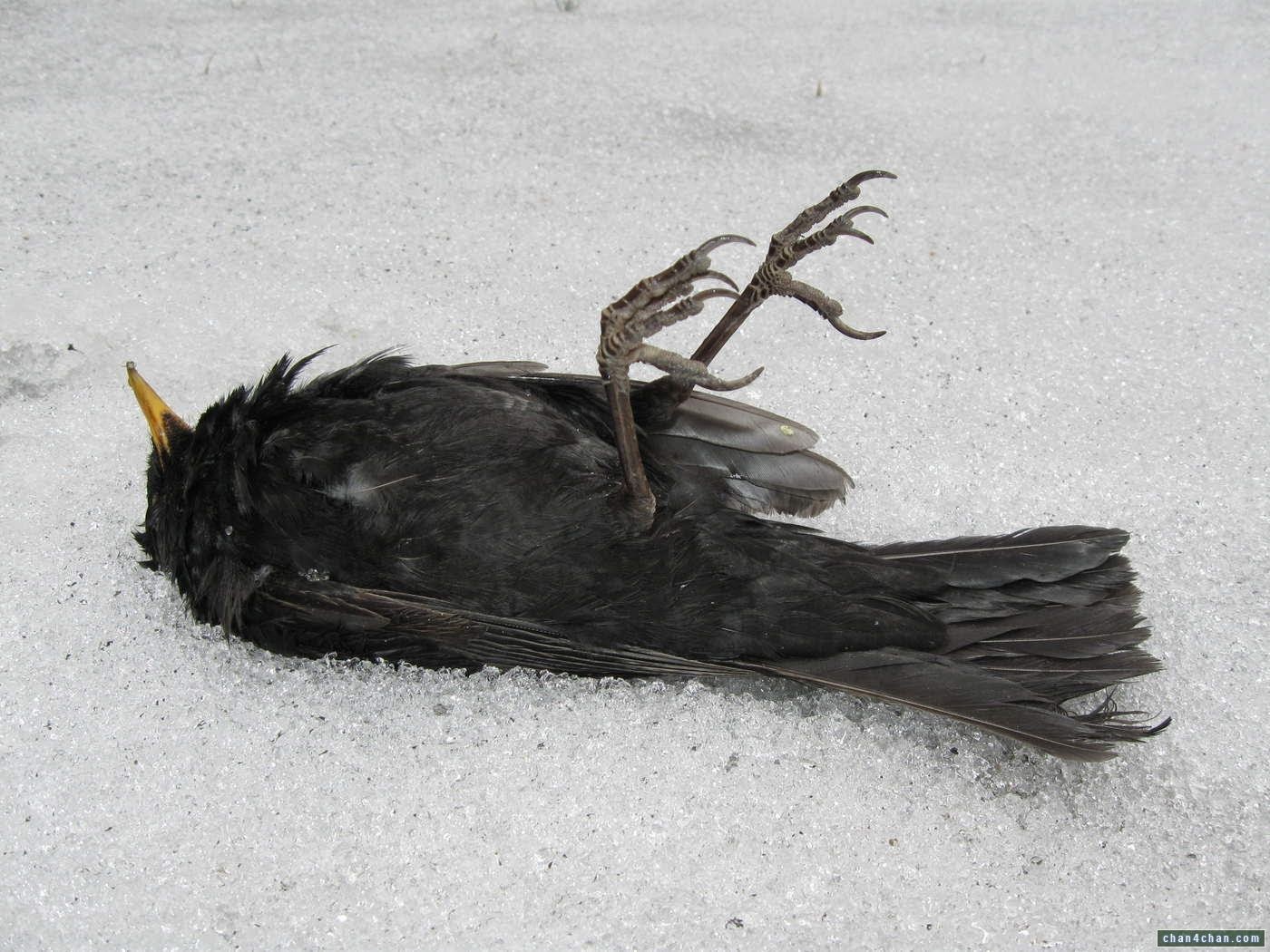 THE SON
by Horacio Quiroga
BIOGRAPHY

It is a powerful summer day in Misiones with all the sun, heat, and calm the season can offer. The wilderness, fully open, feels satisfied with itself.

Like the sun, the heat, and the calm of the environment, the father also opens his heart to the wilderness.

"Be careful, chiquito," he says to his son, abbreviating in this sentence all his observations, which his son understands perfectly.

"Yes, father," the child responds, while reaching for his shotgun and slipping his cartridges into the pocket of his shirt, which he closes carefully.

He balances the shotgun on his hand, smiles at his father, kisses him on the head and leaves.

His father follows him with his eyes for a while and then returns to his task of the day, happy with the happiness of his little one.

He knows that his son, educated from his tender infancy in the habit and precaution of danger, can manage a rifle and hunt anything; it doesn't matter what it is. Even though he is very tall for his age, he is only thirteen years old. And it would seem like he is younger, judging by the purity of his blue eyes, still fresh with childlike surprise.

It isn't necessary for the father to raise his eyes from his work to follow the path of his son with his mind: he has crossed the red trail and walks directly to the jungle across the clearing in the forest.

To hunt in the jungle - to hunt furred game - requires more patience than what the son has. After crossing the jungle's island, his son will go around the cactus boundary and to the valley in search of doves, toucans, or perhaps a pair of herons, like the ones his friend Juan had discovered some days ago.

Alone now, the father smiles at the memory of the hunting passion of the two children. They sometimes hunt a raven, a quetzal, even, and return triumphant, Juan to his ranch with the nine millimeter rifle that he had given him, and his son to the plateau with the great Saint-Etienne shotgun, of caliber 16, quadruple lock and white gunpowder.

He was the same. At thirteen years he would have given his life to possess a shotgun. His son, at that age, possesses one now; - and the father smiles.

It isn't easy, however, for a widowed father, without other faith nor hope invested in the life of his son, to educate him like he has done, free in will, sure of the small feet and hands he has had since four years of age, conscious of the immensity of certain dangers and the weakness of his own strengths.

This father had to fight strongly against what he considered his egoism. It is so easy for a small child to miscalculate, set a foot into the emptiness, and result in the loss of a son!

Danger is always present for a man no matter his age; but the threat diminishes if, from early on, he is accustomed to his own strengths.

In this way, the father has educated his son. And to succeed, he had to resist not only his heart, but also his mental torments; because this father, of weak stomach and weak eyes, suffers, starting from some time ago, hallucinations.

He has seen, concrete in his sickness' illusions, memories of a happiness that should not spring anymore from the nothingness in which it has isolated itself. The image of his own son has not escaped this torment. He has seen him one time, rolling, covered in blood, when his son was struck by a bullet in the workshop because he smoothed the buckle of his hunting belt.

Horrible things... But today, with the shining and vivid summer day, the father, whose love for his son knows no bounds, feels happy, tranquil, and sure of the future.

At that instant, not very far away, sounds a gunshot.

"The Saint-Etienne . . ." muses the father at recognizing the detonation. "At least two doves in the jungle..."

Without paying more attention to this insignificant event, the man abstracts himself anew into his chore.

The sun, already very high, continues ascending. Wherever it wants to look - the rocks, the earth, the trees, - the air, pulsing as if in an oven, vibrates with heat. A profound buzz that fills the entire being and infuses the environment as far as the eye can see concentrates all tropical life on this hour.

The father takes a quick look at his wrist: 12 o'clock. And he lifts his eyes to the jungle.

His son should already be back. In the mutual trust that they have with each other - the father of gray hair and the child of thirteen years, - they never trick one another. When his son responds: "Yes, father," he will do as he says. He said that he would return before twelve o'clock, and his father smiled at seeing him leave.

And he hasn't returned.

The man turns to his work, exerting great effort in concentrating on his chore. It is so easy, so easy to lose your notion of time in the jungle, and to sit for awhile on the ground while you rest immobile...

Suddenly, the midday light, the tropical buzz, and the father's heart stop at what his mind had just touched upon: his son resting immobile...

Time has passed; it is 12:30. The father leaves his workshop, and supporting his hand on the mechanic bench, the memory of the crash of the bullet surfaces from his inner recollections, and instantly, for the first time in three consecutive hours, he realizes that after the boom of the Saint-Etienne, he has heard nothing more. His son has not returned, and the wilderness is waiting at the border of the forest, waiting for him...

Oh! A temperate character and a blind confidence in his son's education aren't enough to escape the specter of fatality that his father, of ailing vision, sees rising from the line of the jungle. Distraction, forgetfulness, fortuitous delay: none of these insignificant motives that could slow the arrival of his son succeed in entering the father's thoughts.

One shot, only one shot has sounded, and a good while ago. After it the father has not heard a sound, hasn't seen a bird, and one sole person has not crossed the clearing to announce that upon crossing a wire, a great calamity...

Head bare and without an axe, the father goes. He rushes to the clearing in the forest, enters the jungle, skirts the line of cacti without seeing a single sign of his son.

But the wilderness continues endlessly. And after the father has traveled to the well-known hunting trails and has explored the valley in vain, he perceives the dreaded assurance that, with each step he puts forward, he brings, fatal and inexorable, the cadaver of his son.

There is no reproach, lamentably. Only the cold reality, terrible and consuming: His son has died upon crossing a...

But where, and in which part! There are so many wires there, and the jungle is so, so unclean! ...Oh, so dirty! ...It is such a small act, that he is not careful when crossing the threads with a shotgun in his hand...

Nothing can compare with the color of the complexion and anguish in his eyes. The man still has not called to his son. Even though his heart clamors for him to shout, his mouth continues to be mute. He knows well that the sole act of pronouncing the name, of calling to his son in a loud voice, will be the confession of a death...

"Chiquito!" suddenly escapes from him. And if the voice of a man of character is capable of crying, then mercifully cover your ears against the piercing anguish that resonates in that voice.

No one and nothing has responded. By the red light of the sun, grown older by ten years, the father goes looking for his son, who has just died.

"Son of mine!... Chiquito mío!..." he calls in a small voice that echoes from his core.

Already before, in plenty of happiness and peace, this father has suffered the hallucination of his son, rolling, with his forehead split open by a chromium-nickel bullet. Now, in each dark corner of the forest he sees the brilliant reflections of wire; and at the foot of a post, with a discharged shotgun at his side, he sees his...

The strength that can enter a poor hallucinating father at the worst nightmare also has a limit. And we feel that his hallucinations escape when he suddenly sees them flowing into a side path towards his son.

For a boy thirteen years old, it is enough to see, from fifty meters away, the expression of his father without an axe inside the jungle, quickening his pace with wet eyes.

"Chiquito..." murmurs the man. And, exhausted, he lets himself fall seated in the white sand and gathers his son's legs into his arms.

The child, embraced as such, remains standing, and upon understanding the pain in his father, he caresses the bowed head slowly:

In the end, time has passed. It is already three o'clock. Together, now, the father and the son begin their return to the house.

"Why didn't you look at the sun to figure out the time?..." murmurs the first.

"I did, father... But when I started to return home I saw Juan's herons and I followed them..."

After a long silence:

"And the herons, did you kill them?" asks the father.

An unimportant detail, after everything. Under the sky and the hot air, the soft light in the clearing of the forest, the man returns to the house with his son, whose shoulders, almost as tall as his, carry the happy arm of his father. He returns drenched in sweat, and even though his body and his soul cry out in sorrow, he smiles of happiness...

He smiles of a hallucinatory happiness... Well the father goes alone. He found no one, and his arm is supported by emptiness. Because behind him, at the foot of the post and with legs up high, tangled in barbed wire, his beloved son lies before the sun, dead since ten in the morning.