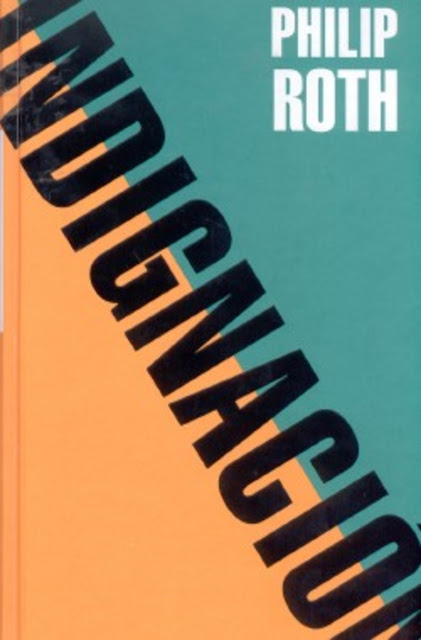 12:05AM BST 20 Sep 2008
Tibor Fischer, an uncommitted Philip Roth reader, finds himself converted
'The car in which I had taken Olivia to dinner and then out to the cemetery - a historic vehicle, even a monument of sorts, in the history of fellatio's advent onto the Winesburg campus in the second half of the twentieth century - went careering off to the side.'
Yes, it's the new Philip Roth novel.
There is a part of me that wishes Roth would stop writing about sex, because he writes so much better about other things, and after Portnoy's Complaint, The Breast, Sabbath's Theater (and, well, most of his novels) does he have any fresh flesh left?
Venery; being Jewish; the campus; these are all the topoi you expect to find in a Philip Roth production, and they're all here.
Set in the late Forties and early Fifties, a whiff of The Catcher in the Rye drifts into Indignation. But above all is the shadow of the Grim Reaper, who is looming larger and larger in Roth's pages.
Marcus Messner, son of a kosher butcher from Newark, goes to the Mid-West college of Winesburg to escape his father's mania for his safety and well-being.
Marcus wants good grades, he is obsessed indeed with academic success, because he doesn't want to have to pull out chicken entrails for a living and because he fears the draft and ending up in a foxhole in Korea facing waves of bayonet-wielding Chinese. 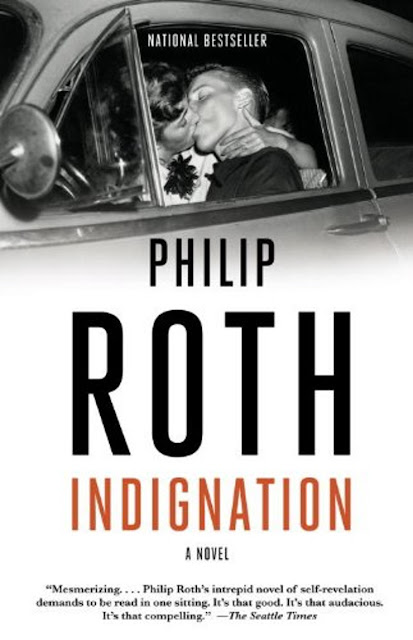 With the death of Saul Bellow, the silence of Salinger, the diminution of Updike, Roth has smoothed his way to the front of American letters. He's the Don.
I have to say I've never been rendered agog by a Roth novel: Tom Wolfe's done that, Tom Robbins has done that, Charles Willeford has done that. While I've enjoyed several of Roth's novels, I've never had that urge, the evangelical urge which is the hallmark of a great book, to force the book onto others.
For example, Roth's much-praised novel The Plot Against America, an alternative history of the United States, was skilfully executed, but it was a book I failed to care about. Why write an alternative history of something when you can write the real history? I felt it was an accomplished but hollow exercise. 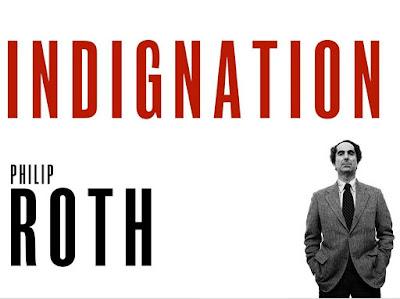 Indignation, however, is one of the strongest skeletoned of Roth's novels, and is a model of authorial misdirection and narrative muscle. Nearly every time you think you can see where the novel is going, Roth changes tack, almost as if the whole book were written to a blueprint of zig-zags.
Winesburg College is a small canvas to work with, but Roth cultivates it masterfully. The portrait of Messner's parents, his ultra-anxious father and kvelling mother, is superb.
Bernard Malamud's depiction of working-class and poor Jews is perhaps more engaging than Roth's, but you could certainly accuse Malamud of occasionally slapping on some romantic poverty and pushing the dignity of hard graft.
This isn't the case with Roth: his description of depressed post-war New Jersey is as warm and appealing as a butcher's slab. While Messner's relations with his fellow students (another much-written-about subject) - the irritating room-mates, the frat boys, the nutty fellatrix - are as good as character studies get.
'I inwardly sang out the most beautiful word in the English language: In-dig-na-tion!' Messner tells us during a sticky interview with the Dean of Winesburg.
One wonders why Messner finds the word so beautiful since his frequent encounters with the emotion are so hard for him to contend with. What is his indignation about? The sanctimonious Dean, the strictures of 1950s college life, the indignities of existence?
My one (minor) disappointment with the book is the last chapter, where the narration changes from first person to third and the fate of Marcus Messner (something most readers will have guessed) is spelt out.
If I had to choose one word to sum up Indignation I'd go for classy. If I were allowed two: very classy.

Posted by Ficciones at Saturday, September 20, 2008