Elizabeth Taylor / A brief survey of the short story 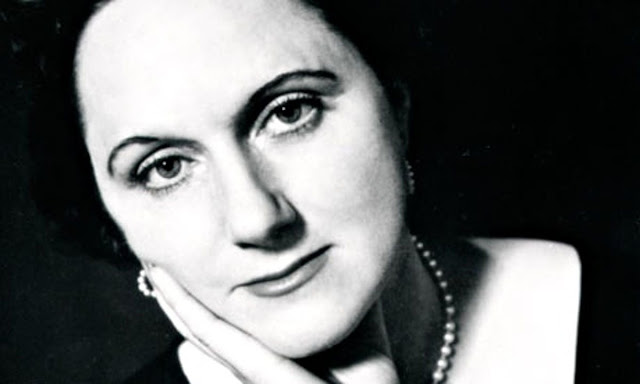 A brief survey of the short story part 68

Her work may be set in a world of dated manners, but its hard insights into social vanity and anxiety speak all too clearly to our own

If it wasn’t for Paul Theroux, I might never have got around to reading Elizabeth Taylor. In the face of a succession of articles that praise her, and bemoan the fact she is ignored, I continued to ignore her. But when I heard Theroux reading her 1958 story The Letter Writers, I suddenly knew I was missing out.
The Letter Writers takes place in an English coastal village where Emily, a middle-aged spinster, is nervously preparing for the visit of a man called Edmund, a writer she has been corresponding with for a decade. They have become close without meeting – although Emily did once stand outside his apartment in Rome without having the courage to announce herself.
In fact, Emily values their not having met: “She had written to his mind only. He seemed to have no face, and certainly no voice. Although photographs had once passed between them, they had seemed meaningless.” The highest hopes she seems to have for their planned lunch are that Edmund won’t find her foolish, or dull: “Too much was at stake and, for herself, she would not have taken the risk.” Taylor’s characters often find themselves in situations like this, where little is to be gained, but everything to be lost.

But there is another layer to Emily’s fluster: a remarkable moment on the first page suggests an element of sexual anticipation that she herself is not fully aware of:

Over her bare arms the warm air flowed, her skirt seemed to divide as she walked, pressed in a hollow between her legs, like drapery on a statue.

How much there is packed in here: the warm air dividing Emily’s skirt, suggesting the heat of sexual arousal and the searching hands of a lover; the simile “like drapery on a statue” giving the illusion of malleability to something in fact frigid and immovable. Nevertheless, the paragraph twists again as Emily imagines herself walking “nakedly, picking her way, over dry-as-dust cow-dung, along the lane”.
Taylor is a writer who can do a lot with very little. “I feel happier about my stories than about my novels,” she wrote in the London Magazine in 1970, asserting that for a story to be successful “there must be immediate impact, more scene and less narrative”. She considered these “beautiful and exciting restrictions”.
One restriction she had little time for, however, was sticking to a single point of view. Almost all her stories are written in the third person, and almost all of them access the thoughts of multiple characters. Sometimes she flicks briefly into the thoughts of an incidental character (in The Letter Writers it is a nosy neighbour who intrudes on Emily’s lunch), while elsewhere she cycles more methodically through a story’s cast, building a scene from multiple perspectives. Oasis of Gaiety (1951), about a boozy afternoon party, is a bravura example.
This roving point of view has a bearing on the harsh streak that runs through Taylor’s writing. She is a dispassionate chronicler of her characters’ faults, sometimes to the point of cruelty. They tend to be tough on themselves as well, but however self-critical we think we are, we are often spared the potential unpleasantness of knowing exactly what others think of us. Taylor removes that buffer, giving the reader an overview, like a general on a hill, of all the many disconnects between perception and reality.
In a Different Light (1961) is an excellent example: a holidaying architect, Roland, falls in with two English sisters on a Greek island (one of Taylor’s rare excursions outside the Thames Valley). The narrative invites the thought that affection might be developing between him and Barbara, the sister to whom the narration has stayed close to this point. Then, as Roland prepares to leave, Taylor gives us his perspective:

[Jane] was hard, he thought – unlike [Barbara], whom he found rather girlish and sentimental. He was not greatly drawn to either of them; but they had been part of his holiday and because of that he must feel disturbed at saying good-bye to them.

Just two lines in an 8,000 word-story, but their placement gives them extraordinary power. Roland’s depressing dismissal of Barbara lies within the bounds of that harsh streak discussed above, as does the way Taylor often dwells on her characters’ physical shortcomings. Dosie in Oasis of Gaiety “had no beauty, for there was none to inherit”. Emily of The Letter Writers, we are told with brutal frankness, looked at her reflection when she was a girl “and thought ‘No one will ever want to marry me’ and no one had”. Frances, one of three girls preparing for a dance in The Rose, the Mauve, the White (1957), sees right through the compliment paid by her friend’s mother:

‘What a pretty frock, Frances,’ Myra said, beginning with the worst. ‘Poor pet,’ she thought, and Frances guessed the thought, smiling primly and saying thank you.

Taylor underpins her often chilly clearsightedness with empathy and humour: it is hard to be genuinely funny without some degree of affection for human foibles. Probably her best comic story is In and Out the Houses, where Kitty, a young girl, runs in and out of the kitchens of her village. (“The technical command is stunning”, writes Philip Hensher, “like a Mozart rondo”.) Kitty is Facebook before the fact, enabling the women of the village to engage in the boastful – and sometimes counterfeit – broadcasting of previously private domestic achievements. The ideal selves they attempt to present via Kitty are harbingers of our own online personas. As Mrs Prout thinks: “How petty she was to be pleased at knowing that by this time tomorrow, most of the village would be aware that she made her own ravioli. But perhaps it was only human, she decided.”
In and Out the Houses also highlights a part of Taylor’s writing that might feel antique in detail, but remains absolutely current in its emotional truth: the isolated villagers are intensely preoccupied with what others think of them. This obsession is why most of the social events Taylor describes are presented as treacherous ordeals – “Taylor’s stories are full of social occasions that people are supposed to enjoy but don’t,” Alix Ohlin once noted – and why characters often repress their emotions, or lie to protect their public self.
It is easy to call this superficial. But in fact, Taylor identifies and exploits thoughts and feelings fundamental to most people’s sense of self-worth. These emotions drive many of Taylor’s stories, including the one that might be her best, A Dedicated Man (1960). Here, a platonic waiter and waitress couple, Silcox and Edith, pretend to be married in order to get a job at a genteel Thames Valley hotel. In order to make their position more secure, Silcox fabricates a son:

The fact would increase their air of dependability and give them background and reality and solid worth. The boy was at a public school, he went on, and did not divulge to his friends the name of his parents’ profession. Silcox, Edith realised with respect, was so snobbish that he looked down upon himself.

That last detail, one of the best jokes in all of Taylor’s work, is another example of how well she operates within the “beautiful and exciting restrictions” of the short form. In a 1970 article entitled Choosing Details That Count, Taylor wrote of “the enlivening detail” that gives “breath to the abstract, death to the vague”. This skill, one of her most exceptional, gives us a timber yard where the sawdust “lay everywhere like snow”, and a swan “sitting neatly on top of its reflection”. She is just as deft with psychological detail, too; one character is described as “popular with her friends’ husbands who, in their English way, thought of her comfortably as nearly as good company as a man and full of bright ways as well” – a sentence that indelibly captures mid-century British patriarchy, all the more suffocating for its surface benevolence.

Taylor cannot be called a feminist in any codified sense. Numerous and strongly defined as her female characters are, surprisingly few of them would pass the Bechdel test. Yet amid the domestic servitude, homemaking and gloomy spinsterhood, there are numerous instances of independence, and even empowerment. In The Thames Spread Out, a week of flooding prevents Rose’s lover from visiting the cottage he has bought for her. This change in routine gives her the opportunity to realise how dependent she has become. It is tempting to assume a type of pathetic fallacy here, that the river, which in so many of Taylor’s stories appears as either a serene or indifferent counterpoint to her characters’ crises, is showing Rose that she, too, can rise and escape her bounds: that the way we normally see the world is not the only way it can be seen.
So often in Taylor’s work, there is never one undivided truth, a fact that Emily in The Letter Writers is quite aware of: the impossibility that the selves she and Edmund present to one another in their letters will match with the selves they present in person. And the words she dreads hearing from him are finally unavoidable: “‘You are so different from all I had imagined.’”

Posted by Ficciones at Thursday, November 24, 2016

Email ThisBlogThis!Share to TwitterShare to FacebookShare to Pinterest
Labels: A brief survey of the short story, Elizabeth Taylor / Writer