1. Panama
Go for the canal. Stay for everything else. 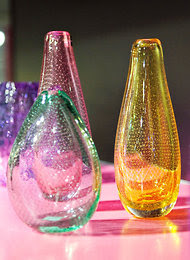 
It’s been 12 years since Panama regained control of its canal, and the country’s economy is booming. Cranes stalk the skyline of the capital,Panama City, where high-rises sprout one after the next and immigrants arrive daily from around the world. Among those who have landed en masse in recent years are American expatriates and investors, who have banked on Panamanian real estate by building hotels and buying retirement homes. The passage of the United States-Panama free trade agreement in October is expected to accelerate this international exchange of people and dollars (the countries use the same currency).
Among the notable development projects is the Panama Canal itself, which is in the early stages of a multibillion-dollar expansion. The project will widen and deepen the existing canal and add two locks, doubling the canal’s cargo capacity. For those who want to see the waterway as it was originally designed, now is the time. The expansion is expected to be completed by 2014, the canal’s 100-year anniversary.
Other high-profile projects include the construction of three firsts: The Panamera, the first Waldorf Astoria hotel in Latin America (set to open in June 2012); the Trump Ocean Club, the region’s tallest building, which opened last summer; and Frank Gehry’s first Latin American design, the BioMuseo, a natural history museum scheduled to open in early 2013. Even Panama City’s famously dilapidated historic quarter, Casco Viejo, has been transformed. The neighborhood, a tangle of narrow streets, centuries-old houses and neo-colonial government buildings, was designated a Unesco World Heritage site in 1997 and is now a trendy arts district with galleries, coffeehouses, street musicians and some of the city’s most stylish restaurants and boutique hotels.
Across the isthmus, on Panama’s Caribbean coast, theBocas del Toro archipelago has become a popular stop on the backpacker circuit, with snorkeling and zip lining by day and raucous night life after dark. FREDA MOON
2. Helsinki, Finland
Design. Design. Design. Aesthetics fuel a new cool.
Copenhagen’s culinary awakening and Stockholm’s trend-setting fashion may have ignited the world’s current infatuation with Nordic culture; now Helsinki is poised for the spotlight. The International Council of Societies of Industrial Design has designated it the World Design Capital for 2012.
Design has long been part of the city’s DNA, but in recent years the scene has been increasingly energized: the official Design District has ballooned to encompass 25 streets and nearly 200 design-minded businesses, which range from shops selling housewares and furniture to boutique hotels and clothing stores. Design has infiltrated the restaurant scene as well, notably the elegant Chez Dominique and the hot newcomer (and Michelin-starred) Olo.
On top of all that is the spectacular new $242 million Helsinki Music Center. Student ensembles from the Sibelius Academy — the sole university in Finland devoted exclusively to music — will perform in the striking glass-walled space, and both the Vienna Philharmonic and the Helsinki Philharmonic Orchestras will give concerts in 2012. INGRID K. WILLIAMS
3. Myanmar
Back on the tourist map after being off-limits for years.
With renowned cultural treasures, world-class boutique hotels and deserted beaches, Myanmar has long been high on intrepid travelers’ wish lists. For years, though, heeding calls by the pro-democracy leader Daw Aung San Suu Kyiand others, many stayed away in protest of Myanmar’s authoritarian regime.
Now, however, this is changing.
Since November 2010, when Myanmar’s rulers held nominally free elections and released Ms. Aung San Suu Kyi after 15 years of house arrest, the boycott has been lifted and Myanmar is set for an influx of visitors.
Because the country has been so isolated, the deeply Buddhist “Land of the Golden Pagoda” resonates with a strong sense of place, undiluted by mass tourism and warmed by genuine hospitality. Travelers will find atmospheric hotels and a network of well-maintained regional jets serving the main sites. (Keep in mind that visas are still required and that the economy remains largely cash-based.)
But locals are aware of the potential downside of tourism as well. Ms. Aung San Suu Kyi has called for sustainable development and “trickle down” tourism where dollars will do the most good.
With these goals in mind, nestled along the banks of meandering Lake Inle in eastern Myanmar, the ViewPoint eco-lodge combines locally sourced materials with individually tailored activities supporting the local economy (like garden-to-table lunches at an island village house).
Similarly, in Ngapali Beach — a pristine swath of coastline on the Bay of Bengal — theAmara Ocean Resort ratchets up the om factor with a hand-built spa. The resort finances relief projects in the Irrawaddy River delta. CEIL MILLER-BOUCHET


The extravagantly renovated Bolshoi Theater has been preening like a prima donna before the news media’s flashbulbs since it reopened in October. And given the $760 million face-lift to the 236-year-old grand dame you can almost hear the czars applauding from their tombs. 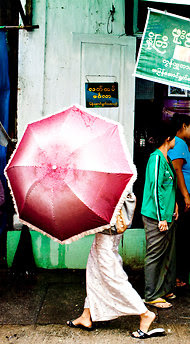 
The last five years have been good to Dubrovnik: as it has opened to Western tourists, its number of visitors has climbed steadily — around 10 percent a year — since the global recession hit in 2008. Often called the Jewel of the Adriatic, this seaside city features marble streets, Renaissance fountains and white sand beaches. It has also recently completed an expansion of its airport and a sleek renovation of its cable car system, offering improved city access and views.

Email ThisBlogThis!Share to TwitterShare to FacebookShare to Pinterest
Labels: Travel