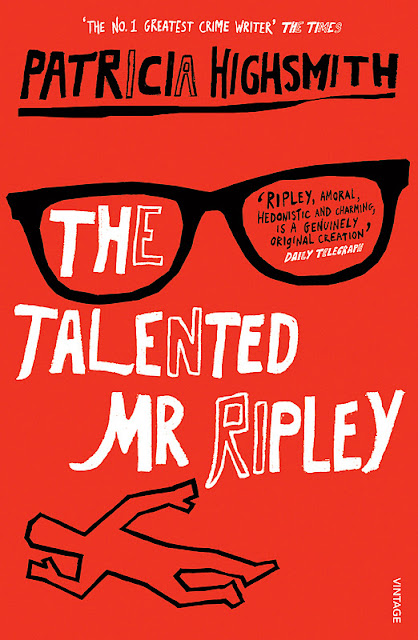 From Just William to Scarlett O'Hara, Tom Ripley to Molesworth, the author of the Horrid Henry books picks out her favourite suspects in a line-up of classic bad behaviour
Francesca Simon
The Guardian
Wednesday 21 Octubre 2009 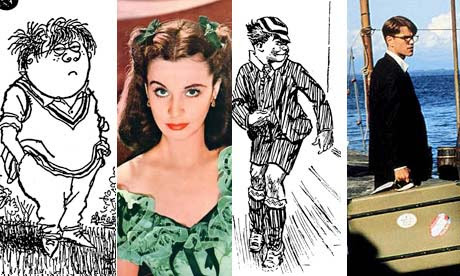 Bad examples ... Molesworth, Scarlett O'Hara, Just William and Tom Ripley. Photographs: Corbis/PR/AllStar
Francesca Simon was born in St Louis, Missouri, grew up in California, and attended both Yale and Oxford universities, where she specialised in Medieval Studies. Having worked as a freelance journalist, after her son Joshua was born in 1989 she started writing children's books full-time. 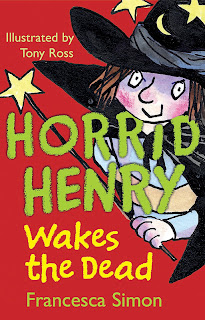 Among the 50-plus books that have followed are the immensely popular Horrid Henry series, which has now sold more than 12m copies in 24 countries. The 17th book in the series, Horrid Henry Wakes the Dead, was published on October 1.
"I have always loved books about rebels and non-conformists, people who swagger through life with a fierce edge and a stubborn refusal to behave themselves. No one in these books would ever win Miss Congeniality or Mr Nice Guy. Their faults definitely exceed their virtues.
"I'm also partial to selfish, and self-obsessed characters (no surprises there), so I've picked some favourite anti-heroes and heroines. Let's face it, we all need to let our inner imp out sometimes."

1. The Amulet of Samarkand by Jonathan Stroud

I read book one of the Bartimaeus trilogy lying on a sofa, and did not get up until I'd finished. Jonathan Stroud has had a brilliant idea, that Britain is secretly run by a cabal of magicians who get power by summoning and enslaving "djinnies". These djinns hate their masters, and of course will do anything to break free. Our young anti-hero, Nathaniel, summons the sarcastic, powerful Bartimaeus, whom he orders to steal the Amulet from Nathaniel's nemesis. The witty, sarcastic Bartimaeus is a wonderful creation, and I loved the tense relationship he has with the arrogant, immature and somewhat amoral Nathaniel.

One of my all time favourite heroines, the outrageous Pippi does exactly as she pleases, because she's rich, strong enough to lift a horse, parent-free, and completely indifferent to what anyone else thinks about her. I loved the idea of a girl who tricked grown-ups and was a brilliant liar – or should I say storyteller?

I never read Just William as a child and had to wait until I'd written several Horrid Henrys before I dared, as I was quite nervous that the two characters would be very similar. I was relieved to discover that William is actually much nicer than Henry, though they share a similar yearning for freedom and a love of plotting. I adore William's laziness, his disobedience, his refusal to be civilised. It's no accident his gang is called the Outlaws.

Artemis is a swashbuckling anti-hero, a teenage criminal mastermind who devotes his ruthless intelligence to amassing loot and fighting fairies. Great fun, and a great example of the anti-hero as protagonist.

My friend the writer Eleanor Updale was horrified that I'd never read Molesworth, and insisted I buy the books last year, which I did. Molesworth, "the curse of St Custards" is an irredeemably lazy and sardonic schoolboy, trapped at a boarding prep school, where he battles the gruesome head boy, Grabber, (winner of the mrs joyful prize for raffia work), assorted mad masters, and the soppy Fotherington-Thomas. The books are unbelievably funny, and the illustrations by Ronald Searle have an irresistible gothic creepiness.

6. Calvin and Hobbes by Bill Watterson

Calvin is a stroppy, imaginative six-year-old at war with the world, Hobbes is his stuffed tiger who comes to life when no one else is around. Our whole family adores Calvin and cheers him on. The funniest, and most delightful modern comic.

These 10 rhymed stories feature disobedient, truculent children who come to horrible ends. My favourite has always been Kaspar, the strong healthy boy who won't eat his soup, until he wastes away and dies on the fifth day. My siblings and I recited this story endlessly.

I discovered this book by accident while on holiday in France and staying with friends of my parents. I remember lying out in the Provence sun quite unable to believe what I was reading, as I'd never encountered an amoral psychopath as a novel's "hero". Utterly gripping and creepy, one of the books that you never forget. I also got sun stroke from lying outside reading for too long, but that's another story.

9. Gone With the Wind by Margaret Mitchell

Who could fail to be captivated by Scarlett O'Hara and her single-minded determination to have her own way and do whatever needs to be done, whether it's stealing her sister's fiance, or marrying yet another man just to spite Ashley Wilkes? What's fantastic about Scarlett is her incredible determination and bravery. She's also a rotten mother, two-faced, selfish, and a force of nature. I've read this book many, many times; I don't mean to, but Scarlett grabs me and I get swept away.

I was stuck for a 10th choice, until my son Joshua reminded me about Paradise Lost. Milton's tormented and arrogant Satan, the fallen angel, is a great anti-hero, and demonstrates all too vividly the seductive attractiveness of the rebel who refuses to obey, despite the cost. You can feel Milton struggling to resist him.
THE GUARDIAN

Posted by Ficciones at Wednesday, October 21, 2009