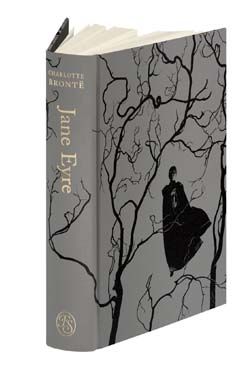 
When I reread Jane Eyre as an adult it was not the horror story I remembered, but a psychological drama of the most potent kind. Everyone and everything seemed larger than life, as if seen through the magnifying glass of Jane’s psyche, a reflection of her inner world. Like many others I was curious as to why Brontë had invented a madwoman locked in an attic to torment her heroine? I was intrigued by the mythic power of Bertha Mason, by Brontë’s repulsion and attraction to her own creation. Her danger and eroticism. Her terrifying rage. Why was Jane, a seemingly rational young woman, haunted by a vengeful she devil? (I was inspired to write my play After Mrs Rochester, about Jean Rhys, while adapting Jane Eyre for the theatre.)
Of course, the novel begins with another image of incarceration: another female locked up for breaking the rules. Jane Eyre is shut in the red room when, for the first time in her life, she allows her temper to erupt. Jane is told “God will strike you dead in the midst of one of your tantrums”. She is so terrified she loses consciousness. The message is clear: for a girl to express her passionate nature is to invite the severest of punishments. Jane must keep her fiery spirit locked away if she is to survive. Like Jane (and Brontë herself), I understood this fear of one’s own nature. A large part of the novel’s power lies in our knowledge of the passionate forbidden self that lurks beneath the controlled exterior of our heroine.
Although Brontë spent most of her life in a remote Yorkshire village, she longed to travel beyond the horizon of her restricted existence. She and her siblings read the travelogues at the back of their father’s newspaper, recycling them into fantastical stories. It is significant that Bertha is a foreigner. She comes from the world of Brontë’s imagination, from a land of tropical storms and hurricanes. She is both dangerous and exciting. She is passionate and sexual. She is angry and violent. The embodiment of everything that Jane, a Victorian woman, could never be. Is she, I wonder, everything that Brontë feared in herself and longed to express?
THE GUARDIAN