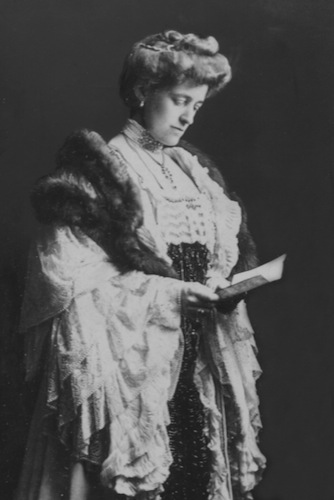 Edith Wharton was a natural story-teller. As plots do in real life, hers flow directly from character. Her prose is so effortlessly elegant that you're rarely aware as they purl by that the sentences are so pretty. More concerned with what is put than how it is put, she also understood that you only say anything at all when you say it well.
Her most powerful novels (The House of Mirth, The Age of Innocence) illustrate how a mere century ago a woman's only sure route to achievement was through marrying up, contaminating romance with social climbing and subterfuge. Wharton's work recalls that not so long ago you were stuck with a foolhardy choice of mate for life. Her novels chronicle the transitional era during which divorce was legally possible but socially catastrophic, and women who fled miserable marriages were ostracised. Wharton divorced her own culturally uninvolved, sexually repressed husband when that was still a brave decision.
We have some things in common: she didn't enjoy literary success until her 40s. Her novels bridge the literary and the popular. On the homely side, she didn't garner her large popular audience with a fetching face. She supported herself with the proceeds of her work, back then a far greater achievement than it is today. Born into an aristocratic New York family that expected her to become yet another wealthy socialite, just as my own parents expected me mostly to raise children, Wharton thwarted her family's expectations to go her own way. She wouldn't have wanted to be considered a "women's writer", but a writer, full stop. Many of her friends were men. She travelled widely and left America behind to live in Europe.
Little about the above is impressive as it pertains to Lionel Shriver. I was born after the heavy spade work of female emancipation was done. But 100 years ago, Edith Wharton's drive, independence, wilfulness and autodidactic mastery of the English language were extraordinary, and I bashfully claim her as a kindred spirit.
THE GUARDIAN