Vivian Gornick / Wisdom in the Work

Wisdom in the Work

TAKING A LONG LOOK: ESSAYS ON CULTURE, LITERATURE AND FEMINISM IN OUR TIME BY VIVIAN GORNICK. BROOKLYN, NY: VERSO. 304 PAGES. $27. 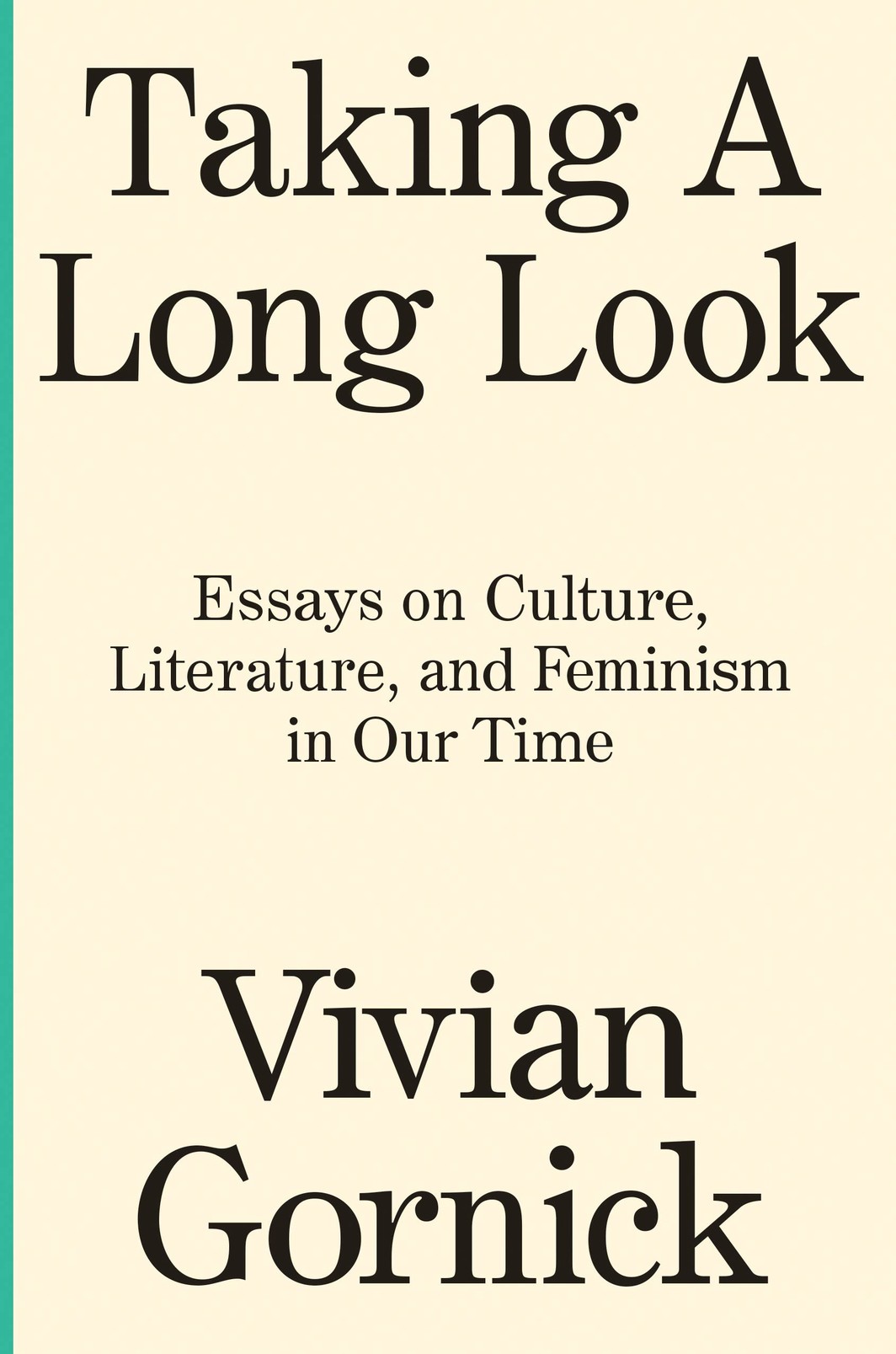 EMILY GOULD: Can you tell us about the process for making your new collection, Taking a Long Look: Essays on Culture, Literature, and Feminism in Our Time (Verso, $27)? What went into it and what was left behind?

VIVIAN GORNICK: A lot got left behind. I don’t know how any writer puts together this kind of a collection. Someone like Janet Malcolm solves the problem by just putting out book after book of collected writing. I don’t think I’m going to do that.

My devoted editor at Verso, Jessie Kindig, made some suggestions that triggered other suggestions of mine. I didn’t want anything from the old feminist days—she said I had to, so some did get put in—because almost everything I wrote back then reads like ideological rhetoric. Other than that, there were certain pieces that Jessie knocked down and I put back in, most vividly, my review of James Salter’s All That Is (2013) and a piece on Michael J. Sandel’s Justice: What’s the Right Thing to Do? (2009).

Why did you feel strongly about those two in particular?

With the Salter piece, I felt an obligation to set the record straight on a writer I always felt was way overpraised. Over the years, as his books accumulated, I began to feel that it was necessary—that this was a reputation I wanted to pierce. He’s so sexist and doesn’t know it at all. He’s one of those men who, for his entire life, said, “I love women.” And his love of women was repulsive to me. And the Sandel review—only because I worked hard on it.

That’s a good reason. It can feel very thankless to work that hard on something and then it’s just published. And maybe at some point you get a check for six hundred dollars . . .

The check never does anything. No matter what it is, it never compensates for bad publication, or no publication, or whatever the miseries are. I think back on all the years that I have stayed alive as a freelancer. I’m amazed, actually, that I haven’t thought about money for five seconds. I was always grateful just to make enough to stay alive.

Rereading the Salter review, I was thinking about Norman Mailer. No one reads Mailer now. He’s a historical curiosity. And I was wondering, from a perspective that really only you have, if there’s anyone else who will be left behind in that way. Or, on the flip side, whose legacy has been neglected unfairly?

I can never answer that kind of question. But Salter was an author at that moment who was exactly like that. I thought: this is a writer who is much prized now, but will not be in the future. Not that he cut anywhere near as much of a swath as Norman Mailer. Mailer was a very significant figure in his day, and, therefore, more dangerous to us. But authors like him get more and more untimely. The more the internal life of the culture changes, the less wise they seem. In the end, a writer survives only if there’s wisdom in their work. A hundred years later, a reader has to recognize the emotional patterns as their own, no matter what the social circumstances of the writer was. With them, it’s exactly the opposite. These guys were coming out of the 1930s and ’40s and ’50s, and, for them, the awesome availability of sexual life just knocked them out. They never got over it and they continued to mythicize it up the kazoo. I don’t know any young person who reads Roth or Bellow, much less Mailer—not one young woman anyway. 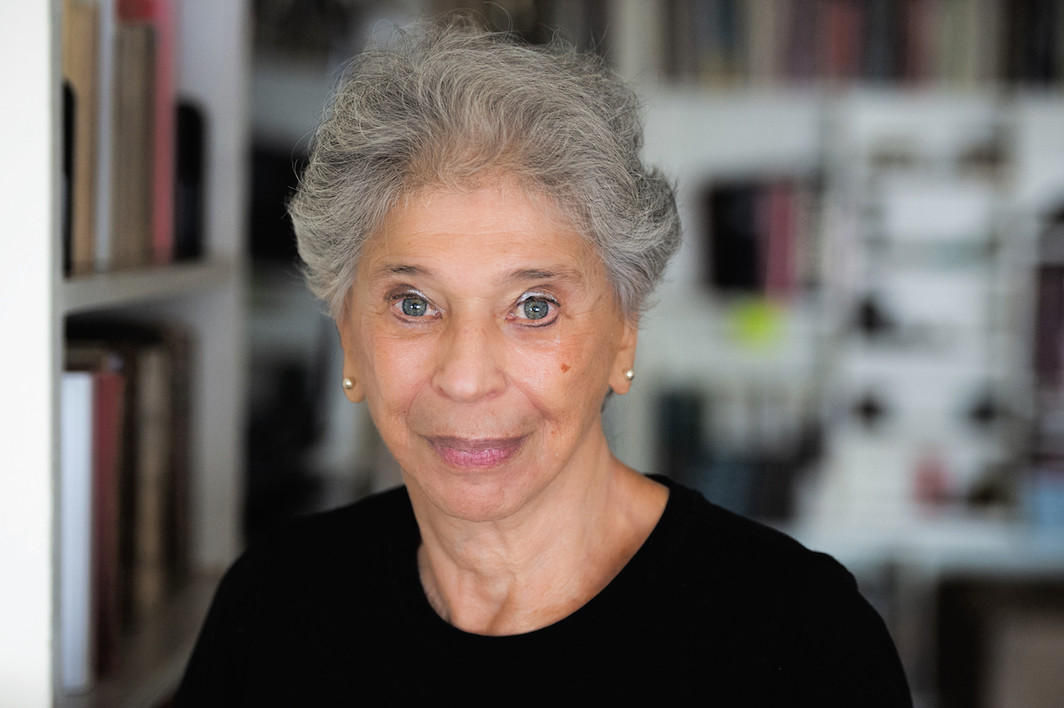 I wanted to ask about the novelistic quality of some of the more documentary-style essays in this collection. They made me wonder whether you still think about writing fiction.

I want to tell stories, but not fiction. I, as myself, must be the narrator—once I start making stuff up or imagining somebody else telling it, I lose it. It just dies like a dead dog on the page if I am not inspecting my own relationship to the story. This morning, I looked at something that I wrote ten pages on and put away years ago. It’s a story of an old friendship that was very powerful when I was young and then slowly disintegrated. I’ve never understood why, and I never understood the accusation that the friend made against me. I’ve been trying to flesh that out for years, and I just can’t get to the heart of it. I would like to attend to that, so I’m going to sit down here in my isolated coronavirus apartment and try to write something.

Have you read anything recently that has given you the transcendent experience of being immersed in a book?

That’s the hardest thing in the world, to find a book that fully absorbs me. I’m reading a book now, which is a peculiarity. It’s called The Last Duel (2004), by Eric Jager, about a duel in fourteenth-century France. It’s one of those pieces of nonfiction literary journalism, which, when they are good, are really priceless because they are totally absorbing. Whether or not they have lasting literary value is another matter. I mean, it’s not like I’m reading Anna Karenina here, where passages are going to stay with me for the rest of my life and become indelible, like the books that I worked on for Unfinished Business: Notes of a Chronic Re-Reader (2020). Virginia Woolf once wrote a review of a book written by a nineteenth-century clergyman about an eighteenth-century poet, whom nobody read anymore. She made a case for this kind of thing adding itself to the entire enterprise of reading and writing. It was a marvelous argument. When I read a book like this, I have that feeling. This guy wrote it for me and I, in turn, am reading it for him.

It sounds like what you described in your essay about the reading group.

Yes, I was awed by all those years that we were reading. When I found myself so engaged by something that I didn’t expect to be engaged by—like H. G. Wells, stuff like that—I began to realize what we were all doing. The reading group depends for its very life on chemistry. And that’s a mystery. The group that I wrote about was together for fifteen years and the chemistry was astonishing.

When you were putting together Taking a Long Look, did you find things that you wanted to change?

I look upon these collections as a kind of social document—they’re tracing the way a writer works and thinks and goes through life. So, I did the smallest amount of editing. I decided to put in only that which I could live with, and I wouldn’t falsify the record. I once reviewed an essay collection by the poet Hayden Carruth. He wrote a piece about having tried to commit suicide. Then, years later, he wrote another piece commenting on the original piece. Oddly enough, his own revised thought was less persuasive than the original. He was setting the record straight, but it was utterly unpersuasive. All the incredible attention paid to whether things are actually true in a work of writing is so off the mark. Any piece of writing, once it becomes literature, has nothing to do with factuality. It has to do with the imaginative investigation that a writer applies.

I want to ask one last question about the fungibility of our writing selves over time. You change your mind in really important ways: not just about what you’ve read but also about larger political issues. What have you most recently changed your mind about?

The #MeToo movement has given me more grief than anything in a long time. I was one of those who said, “Believe all the women all the time.” It isn’t that I don’t believe all the women all the time anymore. However, what I believe now is more complicated. It’s the question of whether I am devoted to due process or am Madame Defarge sitting at the bottom of the scaffold, saying, “Off with his head!” It gives me a lot of pain. I know that in every single situation that involves an accusation, I would fight to the death to have the punishment fit the crime. Each case has to be judged on its own. I used to love to take an ideological position: yes/no, right/wrong. But I can’t anymore. It has made me think about the complexity of our life and the complexity of how we achieve justice without inflicting injustice.

Otherwise, my preoccupation with internal self-division still compels me completely. That’s my way into thinking about reading, writing, and living.

Emily Gould is the author of Perfect Tunes (Avid Reader Press/Simon & Schuster, 2020), Friendship (Farrar, Straus and Giroux, 2014), and And the Heart Says Whatever (Free Press, 2010).