Klara and the Sun by Kazuo Ishiguro / An extract 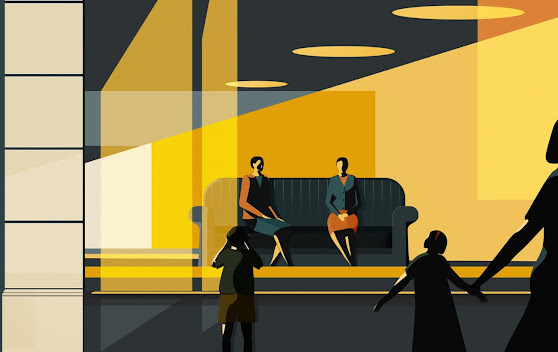 Klara and the Sun by Kazuo Ishiguro –an extract

In this extract from the Nobel laureate’s new novel, Klara, an ‘artificial friend’, takes her place in a store window

hat was one reason why we always thought so much about being in the window. Each of us had been promised our turn, and each of us longed for it to come. That was partly to do with what Manager called the “special honour” of representing the store to the outside. Also, of course, whatever Manager said, we all knew we were more likely to be chosen while in the window. But the big thing, silently understood by us all, was the Sun and his nourishment. Rosa did once bring it up with me, in a whisper, a little while before our turn came around.

“Klara, do you think once we’re in the window, we’ll receive so much goodness we’ll never get short again?”

I was still quite new then, so didn’t know how to answer, even though the same question had been in my mind.

Then our turn finally came, and Rosa and I stepped into the window one morning, making sure not to knock over any of the display the way the pair before us had done the previous week. The store, of course, had yet to open, and I thought the grid would be fully down. But once we’d seated ourselves on the Striped Sofa, I saw there was a narrow gap running along the bottom of the grid – Manager must have raised it a little when checking everything was ready for us – and the Sun’s light was making a bright rectangle that came up onto the platform and finished in a straight line just in front of us. We only needed to stretch our feet a little to place them within its warmth. I knew then that whatever the answer to Rosa’s question, we were about to get all the nourishment we would need for some time to come. And once Manager touched the switch and the grid climbed up all the way, we became covered in dazzling light.

I should confess here that for me, there’d always been another reason for wanting to be in the window which had nothing to do with the Sun’s nourishment or being chosen. Unlike most AFs, unlike Rosa, I’d always longed to see more of the outside – and to see it in all its detail. So once the grid went up, the realisation that there was now only the glass between me and the sidewalk, that I was free to see, close up and whole, so many things I’d seen before only as corners and edges, made me so excited that for a moment I nearly forgot about the Sun and his kindness to us.

I could see for the first time that the RPO Building was in fact made of separate bricks, and that it wasn’t white, as I’d always thought, but a pale yellow. I could now see too that it was even taller than I’d imagined – twenty-two stories – and that each repeating window was underlined by its own special ledge. I saw how the Sun had drawn a diagonal line right across the face of the RPO Building, so that on one side of it there was a triangle that looked almost white, while on the other was one that looked very dark, even though I now knew it was all the pale yellow colour. And not only could I see every window right up to the rooftop, I could sometimes see the people inside, standing, sitting, moving around. Then down on the street, I could see the passers-by, their different kinds of shoes, paper cups, shoulder bags, little dogs, and if I wanted, I could follow with my eyes any one of them all the way past the pedestrian crossing and beyond the second Tow-Away Zone sign, to where two overhaul men were standing beside a drain and pointing. I could see right inside the taxis as they slowed to let the crowd go over the crossing – a driver’s hand tapping on his steering wheel, a cap worn by a passenger.

The day went on, the Sun kept us warm, and I could see Rosa was very happy. But I noticed too that she hardly looked at anything, fixing her eyes constantly on the first Tow-Away Zone sign just in front of us. Only when I pointed out something to her would she turn her head, but then she’d lose interest and go back to looking at the sidewalk outside and the sign.

Only when a passer-by specifically signalled to us, or spoke to us through the glass, were we to respond, never before

Rosa only looked elsewhere for any length of time when a passer-by paused in front of the window. In those circumstances, we both did as Manager had taught us: we put on “neutral” smiles and fixed our gazes across the street, on a spot midway up the RPO Building. It was very tempting to look more closely at a passer-by who came up, but Manager had explained that it was highly vulgar to make eye contact at such a moment. Only when a passer-by specifically signalled to us, or spoke to us through the glass, were we to respond, but never before.

Some of the people who paused turned out not to be interested in us at all. They’d just wanted to take off their sports shoe and do something to it, or to press their oblongs. Some though came right up to the glass and gazed in. Many of these would be children, of around the age for which we were most suitable, and they seemed happy to see us. A child would come up excitedly, alone or with their adult, then point, laugh, pull a strange face, tap the glass, wave.

Once in a while – and I soon got better at watching those at the window while appearing to gaze at the RPO Building – a child would come to stare at us, and there would be a sadness there, or sometimes an anger, as though we’d done something wrong. A child like this could easily change the next moment and begin laughing or waving like the rest of them, but after our second day in the window, I learned quickly to tell the difference.

I tried to talk to Rosa about this, the third or fourth time a child like that had come, but she smiled and said: “Klara, you worry too much. I’m sure that child was perfectly happy. How could she not be on a day like this? The whole city’s so happy today.”

But I brought it up with Manager, at the end of our third day. She had been praising us, saying we’d been “beautiful and dignified” in the window. The lights in the store had been dimmed by then, and we were rear store, leaning against the wall, some of us browsing through the interesting magazines before our sleep. Rosa was next to me, and I could see from her shoulders that she was already half asleep. So when Manager asked if I’d enjoyed the day, I took the chance to tell her about the sad children who’d come to the window.

“Klara, you’re quite remarkable,” Manager said, keeping her voice soft so as not to disturb Rosa and the others. “You notice and absorb so much.” She shook her head as though in wonder. Then she said: “What you must understand is that we’re a very special store. There are many children out there who would love to be able to choose you, choose Rosa, any one of you here. But it’s not possible for them. You’re beyond their reach. That’s why they come to the window, to dream about having you. But then they get sad.”

“Perhaps not. Certainly not one like you. So if sometimes a child looks at you in an odd way, with bitterness or sadness, says something unpleasant through the glass, don’t think anything of it. Just remember. A child like that is most likely frustrated.”

“A child like that, with no AF, would surely be lonely.”

She lowered her eyes and was quiet, so I waited. Then suddenly she smiled and, reaching out, removed gently from my grasp the interesting magazine I’d been observing.

“Goodnight, Klara. Be as wonderful tomorrow as you were today. And don’t forget. You and Rosa are representing us to the whole street.”