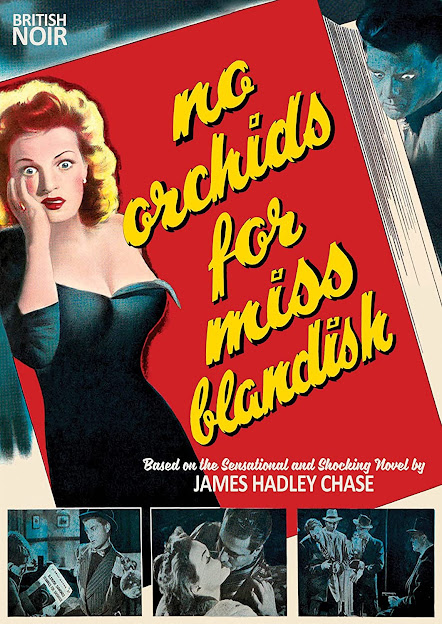 Nearly half a century after his first appearance, Raffles, ‘the amateur cracksman’, is still one of the best-known characters in English fiction. Very few people would need telling that he played cricket for England, had bachelor chambers in the Albany and burgled the Mayfair houses which he also entered as a guest. Just for that reason he and his exploits make a suitable background against which to examine a more modern crime story such as No Orchids for Miss Blandish. Any such choice is necessarily arbitrary — I might equally well have chosen Arsène Lupin for instance — but at any rate No Orchids and the Raffles books have the common quality of being crime stories which play the limelight on the criminal rather than the policeman. For sociological purposes they can be compared. No Orchids is the 1939 version of glamorized crime, Raffles the 1900 version. What I am concerned with here is the immense difference in moral atmosphere between the two books, and the change in the popular attitude that this probably implies. 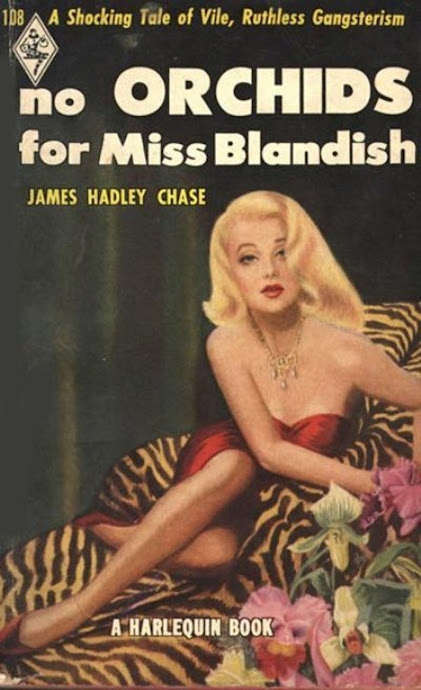 At this date, the charm of Raffles is partly in the period atmosphere and partly in the technical excellence of the stories. Hornung was a very conscientious and on his level a very able writer. Anyone who cares for sheer efficiency must admire his work. However, the truly dramatic thing, about Raffles, the thing that makes him a sort of byword even to this day (only a few weeks ago, in a burglary case, a magistrate referred to the prisoner as ‘a Raffles in real life’), is the fact that he is a gentleman. Raffles is presented to us and this is rubbed home in countless scraps of dialogue and casual remarks — not as an honest man who has gone astray, but as a public-school man who has gone astray. His remorse, when he feels any, is almost purely social; he has disgraced ‘the old school’, he has lost his right to enter ‘decent society’, he has forfeited his amateur status and become a cad. Neither Raffles nor Bunny appears to feel at all strongly that stealing is wrong in itself, though Raffles does once justify himself by the casual remark that ‘the distribution of property is all wrong anyway’. They think of themselves not as sinners but as renegades, or simply as outcasts. And the moral code of most of us is still so close to Raffles' own that we do feel his situation to be an especially ironical one. A West End club man who is really a burglar! That is almost a story in itself, is it not? But how if it were a plumber or a greengrocer who was really a burglar? Would there be anything inherently dramatic in that? No although the theme of the ‘double life’, of respectability covering crime, is still there. Even Charles Peace in his clergyman's dog-collar, seems somewhat less of a hypocrite than Raffles in his Zingari blazer.
Raffles, of course, is good at all games, but it is peculiarly fitting that his chosen game should be cricket. This allows not only of endless analogies between his cunning as a slow bowler and his cunning as a burglar, but also helps to define the exact nature of his crime. Cricket is not in reality a very popular game in England — it is nowhere so popular as football, for instance — but it gives expression to a well-marked trait in the English character, the tendency to value ‘form’ or ‘style’ more highly than success. In the eyes of any true cricket-lover it is possible for an innings of ten runs to be ‘better’ (i. e. more elegant) than an innings of a hundred runs: cricket is also one of the very few games in which the amateur can excel the professional. It is a game full of forlorn hopes and sudden dramatic changes of fortune, and its rules are so defined that their interpretation is partly an ethical business. When Larwood, for instance, practised bodyline bowling in Australia he was not actually breaking any rule : he was merely doing something that was ‘not cricket’. Since cricket takes up a lot of time and is rather an expensive game to play, it is predominantly an upper-class game, but for the whole nation it is bound up with such concepts as ‘good form’, ‘playing the game’, etc., and it has declined in popularity just as the tradition of ‘don't hit a man when he's down’ has declined. It is not a twentieth-century game, and nearly all modern-minded people dislike it. The Nazis, for instance, were at pains to discourage cricket, which had gained a certain footing in Germany before and after the last war. In making Raffles a cricketer as well as a burglar, Hornung was not merely providing him with a plausible disguise; he was also drawing the sharpest moral contrast that he was able to imagine.
Raffles, no less than Great Expectations or Le Rouge et le Noir, is a story of snobbery, and it gains a great deal from the precariousness of Raffles's social position. A cruder writer would have made the ‘gentleman burglar’ a member of the peerage, or at least a baronet. Raffles, however, is of upper-middle-class origin and is only accepted by the aristocracy because of his personal charm. ‘We were in Society but not of it’, he says to Bunny towards the end of the book; and ‘I was asked about for my cricket’. Both he and Bunny accept the values of ‘Society’ unquestioningly, and would settle down in it for good if only they could get away with a big enough haul. The ruin that constantly threatens them is all the blacker because they only doubtfully ‘belong’. A duke who has served a prison sentence is still a duke, whereas a mere man about town, if once disgraced, ceases to be ‘about town’ for evermore. The closing chapters of the book, when Raffles has been exposed and is living under an assumed name, have a twilight of the gods feeling, a mental atmosphere rather similar to that of Kipling's poem, ‘Gentleman Rankers’:

Yes, a trooper of the forces —
Who has run his own six horses! etc.

_____
1) Raffles, A Thief in the Night and Mr. justice Raffles, by E. W. Hornung. The third of these is definitely a failure, and only the first has the true Raffles atmosphere. Hornung wrote a number of crime stories, usually with a tendency to take the side of the criminal. A successful book in rather the same vein as Raffles is Stiugaree.
2) 1945. Actually Raffles does kill one man and is more or less consciously responsible for the death of two others. But all three of them are foreigners and have behaved in a very reprehensible manner. He also, on one occasion, contemplates murdering a blackmailer. It is however, a fairly well-established convention in crime stories that murdering a blackmailer ‘doesn't count’.
3) 1945. Another reading of the final episode is possible. It may mean merely that Miss Blandish is pregnant. But the interpretation I have given above seems more in keeping with the general brutality of the book.
4) They are said to have been imported into this country as ballast which accounted for their low price and crumped appearance. Since the war the ships have been ballasted with something more useful, probably gravel.