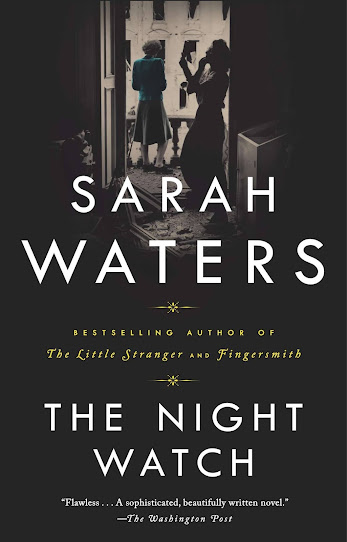 Set during and after the blitz, the lives of five characters and the scars left behind are movingly explored

arah Waters writes historical novels that seem to lend themselves perfectly to adaptation. Several books have been successfully set to screen, the best known being Tipping the Velvet, though fewer have been adapted for the stage.

This production of The Night Watch is one of them. It is a sorrowful, symphonic story of five people living through the blitz – Helen, Kay and Julia, who are secretly lesbians, along with Viv and her troubled brother, Duncan. They are ambulance-women, conscientious objectors and secretaries who present a slice of 1940s London life that is almost Dickensian in its scope.

Told in reverse from 1947, it dramatises the after and before: how the war at home leaves its marks after the bombs have stopped dropping, and how the scars left by lost lovers still burn, years on.

Hattie Naylor’s adaptation follows the story faithfully and the first scenes flesh out the pasts of its ensemble cast and set up its mysteries, from Kay’s grey, pensive presence on the corners of the stage that speaks of her broken heart, to the hints at Duncan’s unnamed shame which open up the question of what he might or might not have done during the war years.

There is authenticity and imagination on David Woodhead’s stage with its backdrop of terraced houses foregrounded by rubble. Yet in dramatic terms the play remains earthbound, slow and stilted with a strangely distancing effect that stops it from taking off and coming to life.

The first half – filled with conversations between characters at a table or on the factory floor – lags in pace and is static in direction. Pauses between lines are not weighted with enough feeling, so we remain underinvested in the characters until the second part when the dialogue is more kinetic, and the emotional drama gathers ground.

The ironic sense of growing freedoms for women in this time of terror is well captured and we see independent lives being forged as the bombs drop.

Helen (Florence Roberts) and Julia (Izabella Urbanowicz) perform their parts as betraying lovers compellingly and with what seems like guilt-free exhilaration.

Waters’ subtler themes – of the psychic pain of surviving war and those strains in society intent on denying this pain – are touched upon, too. But where Waters’ story on the page has a depth of character and feeling, it does not feel nearly as textured or alive on stage.