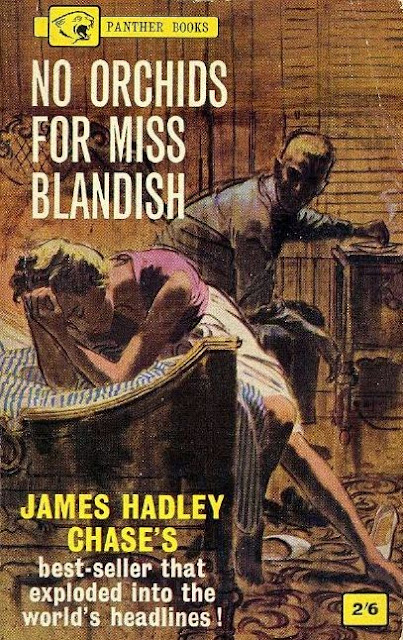 No Orchids for Miss Blandish
by

No Orchids For Miss Blandish is a 1939 crime novel by the British writer James Hadley Chase. The novel was influenced by the American crime writer James M. Cain and the stories in the pulp magazine Black Mask. Chase reportedly wrote the book as a bet to out-do The Postman Always Rings Twice. The 1948 novel The Flesh of the Orchid by the same author is a sequel to this novel.
No Orchids for Miss Blandish provoked considerable controversy because of its explicit depiction of sexuality and violence. The novel was a great critical success and was included in the Le Monde's 100 Books of the Century. In 1942, the novel was adapted into a stage play which ran for over 200 performances at the Prince of Wales Theatre in London. Robert Newton starred. In 1948, it was adapted into a British film No Orchids for Miss Blandish and given a contemporary New York City setting. The 1971 American film The Grissom Gang was also based on the novel, moving the setting of events back several years to 1931 Kansas City.
In 1944, it was also the subject of an essay by George Orwell, Raffles and Miss Blandish, and parodied by Raymond Queneau in We Always Treat Women Too Well. In 1962 the novel was extensively rewritten and rearranged by the author because he thought the world of 1939 too distant for a new generation of readers. (Confusion can result if readers of the Orwell essay refer his quotations and references to the 1962 edition.) 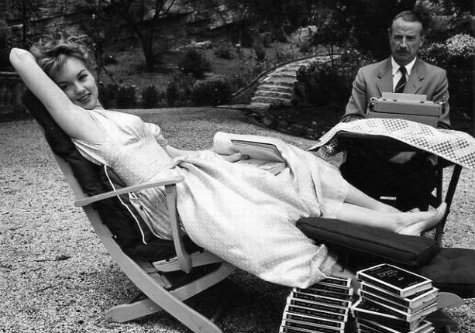 Miss Blandish - innocent, exquisite, vulnerable heiress - is kidnapped by a gang of ruthless hoods who've never tried big-time crime. Foiled by their own vicious ineptitude and the greed of a superior mob, the kidnappers lose their million dollar prize. Blandish, terrified and broken, is now the captive of Ma' Grisson and her sadistic, sexually deviant son Slim.

When Dave Fenner was hired to solve the Blandish kidnapping, he knew the odds of finding the girl were against him - the cops were still looking for her three months after the ransom had been paid. And the kidnappers, Riley and his gang, had disappeared in to thin air. But what none of them knew was that Riley himself had been wiped out by a rival gang - and the heiress was now in the hands of Ma Grisson and her son Slim, a vicious killer who couldn't stay away from women...especially his beautiful new captive. By the time Fenner began to close in on them, some terrible things had happened to Miss Blandish...

René Lodge Brabazon Raymond was born on 24th December 1906 in London, England, the son of Colonel Francis Raymond of the colonial Indian Army, a veterinary surgeon. His father intended his son to have a scientific career, was initially educated at King's School, Rochester, Kent. He left home at the age of 18 and became at different times a children's encyclopedia salesman, a salesman in a bookshop, and executive for a book wholesaler before turning to a writing career that produced more than 90 mystery books. His interests included photography (he was up to professional standard), reading and listening to classical music, being a particularly enthusiastic opera lover. Also as a form of relaxation between novels, he put together highly complicated and sophisticated Meccano models.


In 1932, Raymond married Sylvia Ray, who gave him a son. They were together until his death fifty three years later. Prohibition and the ensuing US Great Depression (1929–1939), had given rise to the Chicago gangster culture just prior to World War II. This, combined with her book trade experience, made him realise that there was a big demand for gangster stories. He wrote as R. Raymond, James Hadley Chase, James L. Docherty, Ambrose Grant and Raymond Marshall. 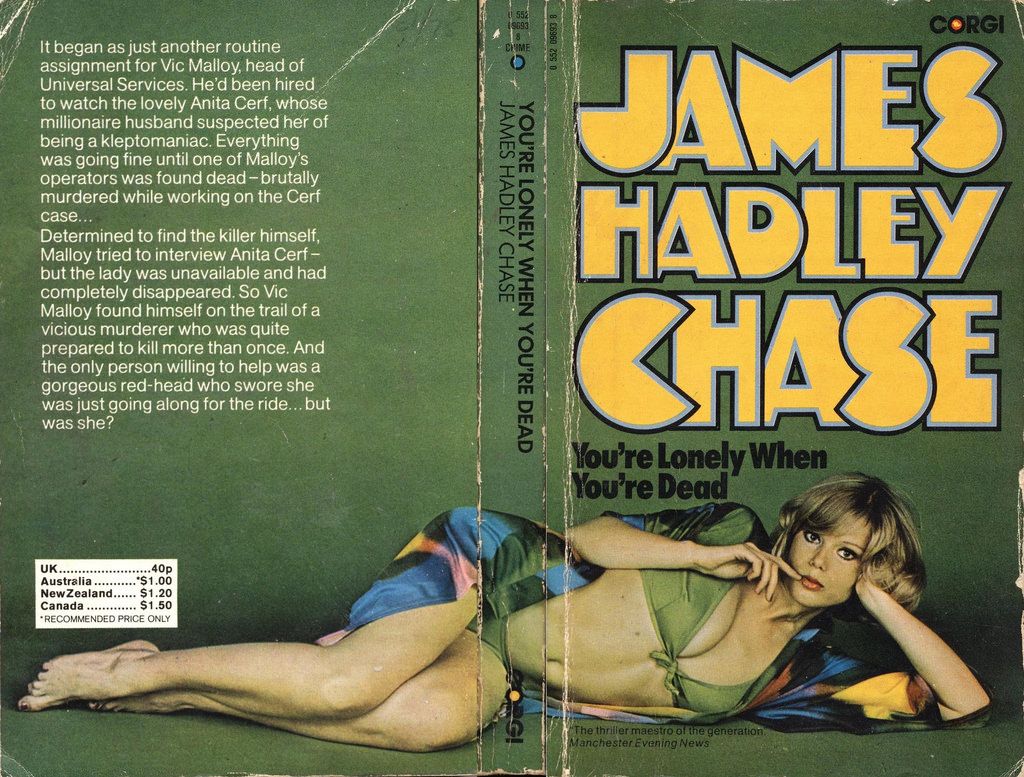 During World War II he served in the Royal Air Force, achieving the rank of Squadron Leader. Chase edited the RAF Journal with David Langdon and had several stories from it published after the war in the book Slipstream: A Royal Air Force Anthology.

Raymond moved to France in 1956 and then to Switzerland in 1969, living a secluded life in Corseaux-sur-Vevey, on Lake Geneva, from 1974. He eventually died there peacefully on 6 February 1985.