Klara and the Sun by Kazuo Ishiguro review / Another masterpiece 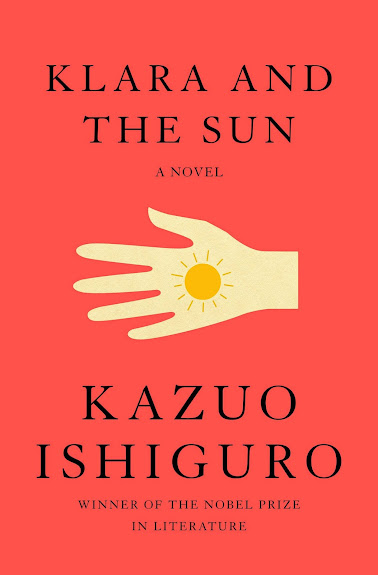 Klara and the Sun by Kazuo Ishiguro review – another masterpiece

The Booker winner’s brilliant eighth novel expands on his theme of what it means to be not-quite-human, exploring love and loyalty through the eyes of an android

n a 2015 interview with the Guardian, Kazuo Ishiguro revealed what he claimed was his “dirty secret”: that his novels are more alike than they might initially seem. “I tend to write the same book over and over,” he said. It seemed a particularly ludicrous statement from a writer who had just followed a clone romance (Never Let Me Go) with an Arthurian epic (The Buried Giant). With Klara and the Sun, his eighth novel, though, it feels like Ishiguro is bringing that dirty secret slightly more into the light. This is a book – a brilliant one, by the way – that feels very much of a piece with Never Let Me Go, again exploring what it means to be not-quite-human, drawing its power from the darkest shadows of the uncanny valley.

Klara is an AF – an Artificial Friend – androids bought by parents to provide companionship for their teenage children, who, for reasons that become clearer over the course of the book, are home-schooled by “screen professors” in the novel’s polluted and anxious future America. Klara is chosen by Josie, a fragile young woman who we soon learn has an illness that may kill her as it killed her sister. As with Never Let Me Go, one of the enormous pleasures of Klara and the Sun is the way Ishiguro only drip-feeds to the reader hints and suggestions about the shape of this futuristic world, the reasons for its strangeness. We are left to do much of the imagining ourselves, and this makes the novel a satisfyingly collaborative read.

Josie and her mother take solar-powered Klara from the department store where she had spent her days being moved from one stand to another, watching the sun on its path across the shop floor, to a house in the countryside. Here we become aware of one of the quirks of the novel: AFs see things differently to humans, perceiving the world as a series of squares or boxes, occasionally glitching out so that perspectives are skewed, everything given a migraine-ish slant. It’s just one of a series of ways in which Ishiguro takes us into the existence of the sentient non-human, one of the subtle touches that hint towards the deeper themes that are being explored.

We learn a little more about the nightmarish scientism of this world when we meet Rick, Josie’s neighbour, who lives with his mother in the only house for miles around. Rick is decent, devoted to Josie, an amateur designer of drones. He is, though, not one of the “lifted” – the genetically improved “high-rank” class – and therefore denied access to the life of education and advancement that, should she survive, lies ahead for Josie. It’s only towards the end of the novel that we understand the terrible lottery that parents in this world face, the risks they take in search of genetic perfection. In Josie’s sick room, she and Rick undertake an odd ritual reminiscent of the students’ paintings in Never Let Me Go. Josie draws caricatures of people and Rick writes thought bubbles for them, telling deep truths about the frantic, frazzled adults, the lonely, sickly children. These sketches soon take on a deep symbolic import, a representation of the power of art to express the unsaid.

Klara’s voice has the same beguiling simplicity that we found in Kathy H in Never Let Me Go, the same mixture of intelligence and naivety. Ishiguro has clearly thought hard about those elements of a nascent mechanical consciousness that would be more or less developed, about what faith would look like to an android mind, or love, or loyalty. It’s the contemporary resonances that hit hardest in the novel, though. Ishiguro had apparently almost finished the novel when the pandemic hit, yet on almost every page there’s a passage that feels eerily prescient of our locked-down, stressed-out, mysophobic times. Indeed, the narrative of Klara and the Sun is energised by the friction between two different types of love: one that is selfish, overprotective and anxious, and one that is generous, open and benevolent. It feels like a message for all of us as we go about our drearily circumscribed days.

Never Let Me Go and The Buried Giant were both, for all their differences in setting and subject matter, dark allegories that spoke about the danger of unchecked technological advances, the loss of innocence, the dignity of simple lives. It’s strange, but Klara and the Sun makes the links between those previous two novels more apparent, suggesting that the three books could almost be read as a trilogy. What’s beyond doubt is that Ishiguro has written another masterpiece, a work that makes us feel afresh the beauty and fragility of our humanity.