Klara and the Sun by Kazuo Ishiguro / Fearful Circuitry 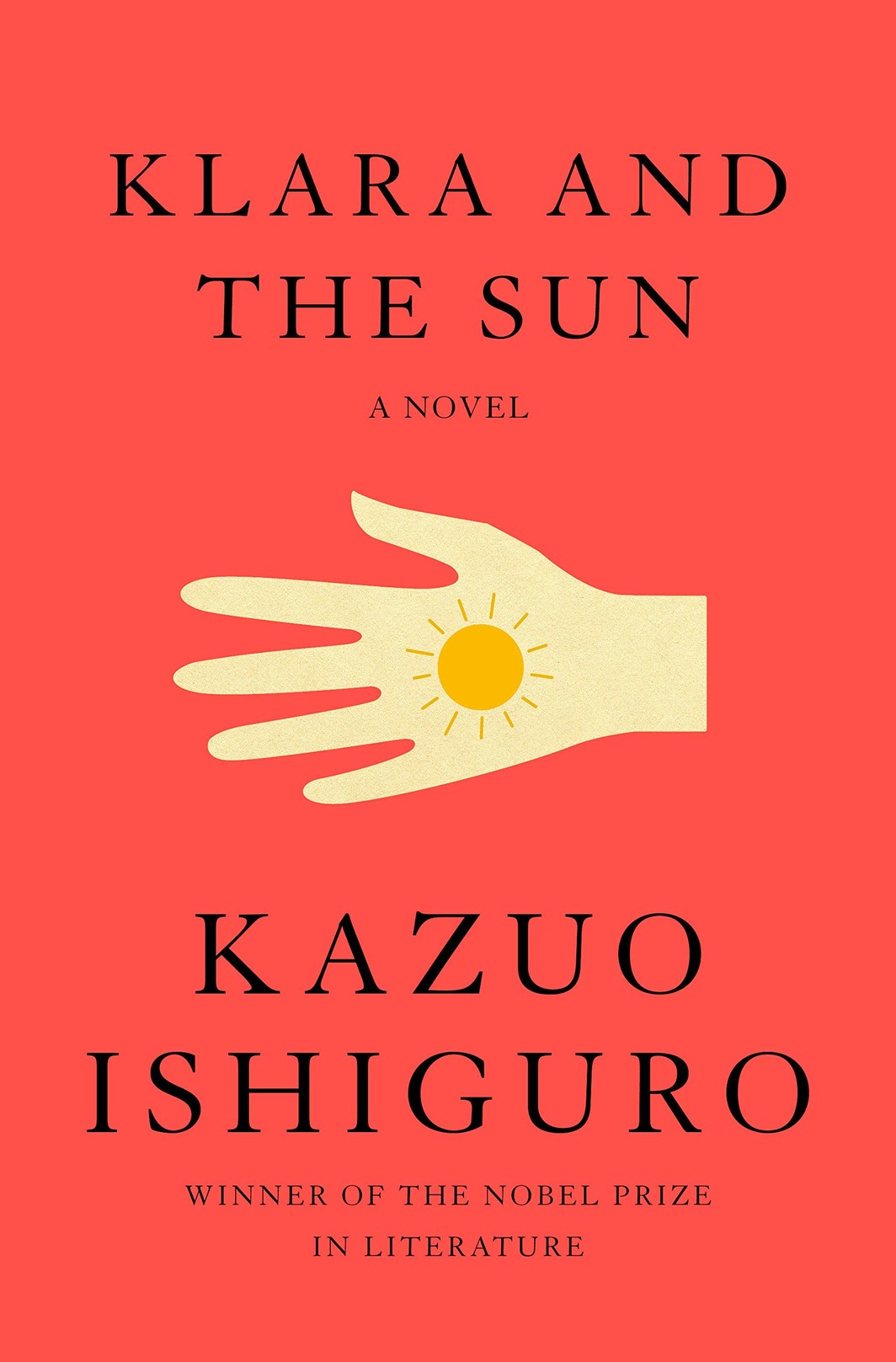 KLARA, THE TITLE CHARACTER OF KAZUO ISHIGURO’S new novel, would seem to have some serious shortcomings as a narrator. Introduced in a retail outlet in an unnamed city where she alternates between the window and less desirable display positions, Klara is a solar-powered AF, or Artificial Friend, who exists solely to assist and accompany the human child who purchases her. Despite her impressive capacity for mimesis and spongelike powers of absorption, we never forget Klara’s obvious limitations. Her view of the world is circumscribed, her vocabulary stilted, her agency virtually nonexistent. All of which make her an oddly perfect fit for Ishiguro, who has long specialized in the blinkered protagonist. What his tentative narrators tell us, about themselves and the worlds they inhabit, is never the full picture; in fact, the pathos of his work routinely derives from how little his characters are able to admit or understand.

Klara and the Sun, Ishiguro’s eighth novel and his first as a Nobel laureate, is also his first to transpire in what appears to be a near future. He began his career skirting the edges of historical realism, tracing reverberations of guilt and trauma in postwar Japan and Britain, but later ventured into more fanciful realms of allegory and fantasy. In Never Let Me Go (2005), the bucolic setting of a late-twentieth-century boarding school reveals itself as a counterfactual England where clones are raised to be sacrificed for organ harvest. The Buried Giant (2015), his least typical novel, stages a mythical quest narrative in an Arthurian past replete with ogres and dragons. Through it all, his themes have largely stayed the same. Central to the Ishiguro corpus is the question of what makes us human, a subject he tends to approach obliquely—by exploring the workings of memory, the function of art, the limits of self-knowledge, and the appeal of self-deception—but that he foregrounds in his new book by adopting an explicitly nonhuman perspective.

A fable-like work of speculative fiction, Klara and the Sun asks to be read as a companion to Never Let Me Go. Like the earlier book’s Kathy, Klara serves as our guide to a dystopia that we come to see more clearly than she does, albeit just barely. But Klara also carries unmistakable echoes of Ishiguro’s signature creation: Stevens, the butler of The Remains of the Day (1989). Even more than Stevens, the very embodiment of a stiff upper lip, Klara is a trained stoic, literally programmed for servility. (The word “robot,” it bears noting, originated in Karel Cˇ apek’s R.U.R. and comes from the Czech robota, meaning “forced labor.”)

It is both logical and a touch self-parodic for a novelist whose characters often resemble automata to write an entire book in the voice of a machine imitating human speech patterns. “When we were new, Rosa and I were mid-store,” the novel begins, immediately establishing Klara as a product, defined by utility and designed for obsolescence. (Even before she is bought, Klara and her fellow B2s are outflanked by newer B3 models that boast improved “cognition and recall.”) We scan Klara’s polite, pedantic narration for clues, gleaning from her careful observations and curious turns of phrase a sense of how she’s wired and of the world that created her. Watching contextless everyday mini-dramas play out on the street, Klara begins to grasp the nuances of human behavior. “You never miss a thing, do you?” marvels the store manager. Adept though she may be at iterative learning, there remains something clumsy and unformed, even childlike, about Klara’s machinic vantage, some gaps in her code. She can’t always find the words—referring to a gravel driveway as a “loose stones area” and to graffiti as “angry cartoon writing”—and when overloaded with stimuli, her field of vision becomes segmented into boxes, as if pixelated, causing perception and navigation difficulties. 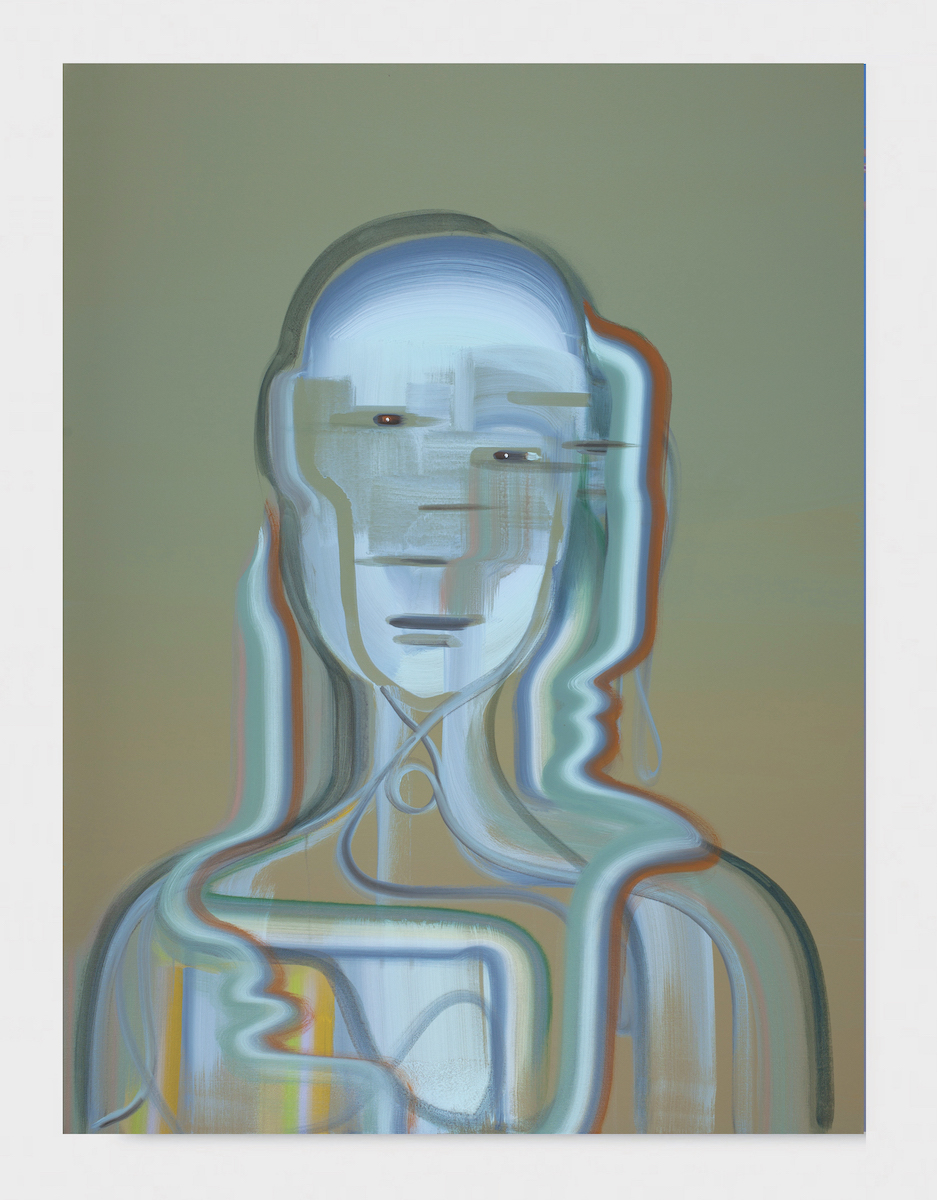 The frame expands once Klara acquires an owner, a bright, ailing fourteen-year-old named Josie, who lives with her mother, Chrissie, in a large house in the countryside. It is hardly a surprise that a world in which children shop for friends as they would an Xbox turns out to be a cruel one. As in Never Let Me Go, where “carers” are assigned to “donors” who work toward “completion,” it is also a world that has devised some ominously bland euphemisms for its ethical lapses. In Klara and the Sun parents have the option of subjecting their children to a process known as “lifting,” a genetic enhancement that confers, as the term suggests, social capital, and that has resulted in an even more starkly cleaved society of haves and have-nots. The procedure, never described, is not without its risks, having caused Josie’s sickness and claimed the life of her older sister. Lifted kids are homeschooled on their “oblongs” and acquire socialization skills at “interaction meetings.” By way of contrast, Josie’s sweetheart, Rick, who lives next door, is unlifted—the neighbors speculate that his eccentric English mother, Helen, must have lacked the courage—and the teenagers understand their different stations in life as an impediment to their being together.

Instead of a decisively postapocalyptic future, Ishiguro has sketched the contours of one we can imagine ourselves drifting into not too many years from now. He parcels out its characteristics gradually, through the neutral but imperfect lens that is Klara, who in many scenes sits off to the side like a sentient piece of furniture, registering conversations in full without always recognizing their import. More details emerge when Josie’s father materializes. A former engineer who has been “substituted” from his job, he now lives in an all-white, possibly militia-run “community” (in keeping, as Helen casually notes, with his “fascistic leanings”). The dystopia of Klara and the Sun, like the one in Never Let Me Go, seems to have defaulted to whiteness. The occasional appearance of a “black-skinned” person is unusual enough for Klara to find it worth noting; the only presumably nonwhite presence of note is the family housekeeper, who speaks in conspicuously broken English. Matched by the monotony of Klara’s telling, the drab homogeneity of this world becomes part of its banal horror.

For plot purposes, this near future’s most salient feature is the equivalence that has been achieved between artificial and human intelligence. In positing a situation where advances in technology have made it possible to replicate and thus replace humans, Klara and the Sun is no different from countless instances of posthuman science fiction. What most interests Ishiguro, however, is not the actual science or even the challenges of navigating the new rules and roles but how this understanding has been foisted on the populace as a settled matter. It is significant to the novel’s ethical landscape that this sea change has taken place in the recent past. AFs remain a novelty, a source of both nagging unease and irrational hope, even—or especially—for those, like Chrissie, who are described as too “sentimental,” too caught up in “the old feelings,” to adapt.

As flat as Klara’s voice is, it is not exactly affectless. The humanoid robots of Philip K. Dick’s Do Androids Dream of Electric Sheep?—set, in later editions of the book, in 2021—are distinguished from humans through empathy tests that they are expected to fail. Klara and her ilk evince not just artificial intelligence but also, more relevantly, artificial empathy. When a depressed Chrissie remarks, “It must be nice sometimes to have no feelings,” Klara corrects her: “The more I observe, the more feelings become available to me.” The algorithms that guide her are sophisticated enough that Klara claims to experience sadness, discomfort, excitement, and so on. But she still struggles with the mutability of human moods. Watching Josie’s temperament shift among a group of fellow teens, Klara acknowledges that “humans, in their wish to escape loneliness, made maneuvers that were very complex and hard to fathom.” Suffice to say, Klara’s ability to master the infinitude of human emotion factors into the book’s central, heavily foreshadowed revelation.

This being an Ishiguro novel, we know there will be no android rebellion (just a wry passing joke that the new B3s are “a little headstrong”). Nor, despite surface similarities, does Klara and the Sun adhere to the template of Pinocchio, whether the Carlo Collodi original or Steven Spielberg’s 2001 robot update A.I. For all the emotional capacity built into her, Klara never once rues her nonhuman status, let alone fights her inevitable extinction. Her sole unwavering goal is Josie’s recovery, and the lengths to which she goes account for the novel’s most labored aspects. Given her own reliance on solar energy, Klara begins to conceive of the Sun as an all-powerful deity whose “special nourishment” will cure her owner. In a selfless spin on Pinocchio’s quest to find the Blue Fairy, Klara makes a pilgrimage to the Sun’s “resting place,” a distant barn where it appears to set as she looks out from Josie’s bedroom. Ishiguro leaves open the question of whether Klara’s ardent prayer, her deal with her Sun God, succeeds. It is hard not to wonder why a state-of-the-art piece of machine intelligence would bear an understanding of heavenly bodies that seems to date from some ancient civilization. Perhaps the point is that robots, if they are hard-wired to imitate humans, will also succumb to magical thinking.

Saving Klara from a more abrupt end, Chrissie declares, “She deserves her slow fade.” This term for the final phase of an AF’s existence also describes the effect of this strangely frictionless novel, which itself peters out like a draining battery. In Never Let Me Go the persistent understatement of the narration is crucial to the book’s power—a slow-dawning horror seeps between the lines and lingers well beyond its conclusion. But Klara and the Sun lacks any equivalent tension: its setting proves to be a generic dystopia, and Klara, even for this master of withholding, may be too blank a slate, incapable of evasion or repression. Klara’s fixation on the Sun comes to stand in for a larger problem. The shadows are where meaning typically resides for Ishiguro, and in this book, they are simply too well illuminated.

Dennis Lim is the director of programming of Film at Lincoln Center and the author of David Lynch: The Man from Another Place(New Harvest, 2015).