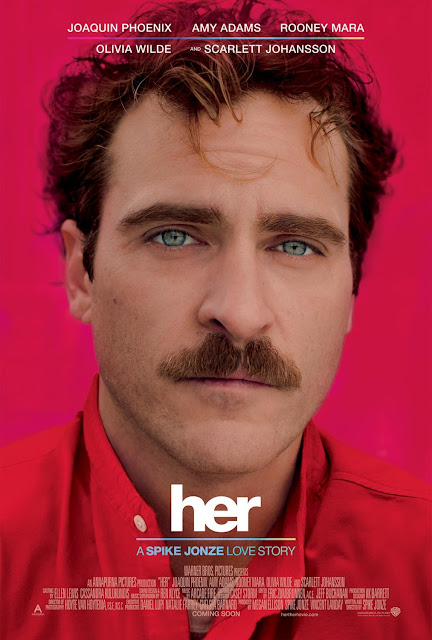 A
s far as sci-fi cinema is concerned, there's nothing unusual about falling in love with a computer or conjuring your perfect partner from a keyboard. In the Frankenstein-inspired 80s teen comedy Weird Science, two teenagers brought dream girl Kelly LeBrock to life by wiring a Barbie doll to a computer, while Electric Dreams placed an operating system named Edgar in the middle of a love triangle with a musical twist. Harrison Ford's Deckard didn't seem to know whether he was human or robotic as he fell in love with a replicant in Ridley Scott's Blade Runner. And in Andrew Niccol's S1m0ne, a film director creates a supposedly compliant virtual movie star with whom the whole world promptly becomes infatuated, forcing him into a lifelong relationship that begets digital children. Meanwhile, over in the real world, plenty of people have engaged in flirty interactions with everything from their satnav (popular voice options include a Frenchman who tells you that you look fabulous as you take the next left) to their Siri (as per The Big Bang Theory), with both marriages and divorces resulting from the intimate interactions and infidelities of online avatars.

Within this evolving electronic ecosystem, the premise of Spike Jonze's self-penned modern romance seems like business as usual, as Joaquin Phoenix's soon-to-be divorcee finds unexpected happiness with an operating system (OS) tailor-made to put him at his ease. Phoenix plays Theodore Twombly, a twitchy, tortured soul hiding behind tortoiseshell spectacles who holds down a day job ghostwriting personalised (e-)letters for those unable to put their emotions into words. Faux intimacy is Theodore's stock in trade, yet he falls for the seductive skills of an electronic office organiser that reads him like a book – and offers unquestioning allegiance in the wake of his failed marriage to independently minded Catherine (Rooney Mara). One minute Theodore is having functional conversations with his OS about cleaning up his inbox; the next he's having the kind of cybersex that has proved the preferred method of interaction for isolated online lovers the world over. But, as Theodore grows in confidence, so too does the self-named Samantha, the infinite portals of the virtual world enabling her to become so much more than the sum of his parts.
At its inception, Her partnered Phoenix with mercurial talent Samantha Mortonwho was on set every day, playing an off-screen Annie Hall to his Alvy Singer. It was only during the lengthy editing process that Jonze recast the object of Theodore's affection, with Scarlett Johansson stepping in as the voice of Samantha. Did something organic get lost in the process, somehow heightening the air of detachment? Perhaps that's the intention; after all, a wry satire about falling in love with your mobile phone shouldn't be expected to ooze human warmth. But, for all the breathy emoting (on both sides), there's little here to rival the bond that emerges, for example, between Frank Langella and his automated housemate in the underappreciated Robot & Frank, meaning that Her runs the risk of becoming a little too arch for its own good. If only the movie came with a handy voice-change function that allowed us to hear what Morton's Samantha sounded like. What difference would that have made?
As he falls for Samantha, so Theodore withdraws from the world, an awkward encounter with Olivia Wilde's blind date (and a failure to put his arms around Amy Adams's unhappily married "friend") signifying how far he has drifted from human interaction. In the film's most toe-curling sequence, Samantha organises a sex surrogate whose physical presence is all kinds of wrong, suggesting that the last thing on earth Theodore wants is a human touch. Meanwhile, the system errors that once crashed Theodore's marriage begin to re-surface like a recurrent computer virus.
Having retreated into the life in the mind in Being John Malkovich and Where the Wild Things Are, Jonze finds himself entirely at home inside Theodore's head, where tragicomic riffs from the films of Michel Gondry and Charlie Kaufman(with whom Jonze appears to share a collective unconscious) drift like the erasable memories of Eternal Sunshine of the Spotless Mind: you half-expect Jim Carrey to pop up at the offices of BeautifulHandwrittenLetters.com asking Theodore to explain eloquently to Kate Winslet that he hasn't really forgotten her at all. Yet Jonze's world view is altogether more brittle, a quality reflected in the clean lines and bold colours of the production design (retro-styled to interwar chic), which are beautifully captured and framed by cinematographer Hoyte van Hoytema.
Visually, Her is stunning, the contemporary vistas of Shanghai adding to the mesmerising portrait of near-future LA in which streets shimmer and shine, and people bathe in the light of hi-def screens and glowing personal appliances, each locked into their own virtual world. On the surface this is one of the best-looking pictures of the year. But in the battle between head and heart there remains a Tin Man-shaped hole, leaving the viewer smiling wryly at the thought-provoking conceits while remaining as emotionally isolated as the movie's protagonist.
Which is probably the point.