Cristina Peri Rossi is the only woman associated with the Latin American Boom, which gained prominence in the 1970s. Peri Rossi, a first-rate author from Uruguay, had everything to be on par with the Boom authors: she was actively involved in the causes they supported during the ’60s and ’70s, was exiled for her political militancy twice, and was a close friend of Julio Cortázar’s. Her association with the Boom, though, is partial. It’s not that she didn’t share the penchant for fantastic literature that characterized a few of the Boom generation’s more prominent members—García Márquez and Cortázar, for instance. Mario Vargas Llosa never dabbled in this genre either and he has always been one of the Boom’s key writers. Peri Rossi’s writing—she has published over 37 novels, short-story collections, and poetry books, and is a journalist and political commentator for the public radio station Catalunya Ràdio—is as great as theirs. It’s that she either lacked or manifested (depending on who’s keeping score) something in excess: she is a woman.
I don’t know if the lines I have written will irritate Peri Rossi; it is likely that they might. Her pages invariably defy commonplaces, formulas, and literary conventions, including those of genre. I quote her: “Having is illusory, my dear. Whatever we have is determined by others. Because of this, I offer a dream. I’ll be what you want me to be: man or woman.”
In response to her possible irritation, I’d argue: “I’m not saying that you are a feminine author, because you’re not. In its execution, your prose is endowed with masculinity, and your poems and their subject matter manifest a formal, androgynous will. What I’m saying is that you’ve been unfairly put aside, and if any association between you and the Boom remains, it’s because you’ve been impossible to erase. How can an author of your caliber be left out from the roster of its generation?”
We spoke about Montevideo and her fiction via Skype—she is a Uruguayan writing in Barcelona, where she has lived for decades, and I am a Mexican writing in Brooklyn, where I have resided the last seven years.
SATURDAY NIGHT
In the solitary dawnthrough drifting secondhand smokeand sidewalks sticky with spitI go out walkingto escape the nocturnal silence of my roomseeking bright lightsoh, those neon friends who always ward offmy internal wolvesmy hungry demons(my Vallejo ancestors).I go in search of somethinglosing myself in the narrow streets round the harborlooking for company,oh, the sweet drugs that since Baudelairehave run along the gutters of cities at nighttime—London, Paris, New York, Madrid—oh, the unknown flesh that stirs, aroused by a look.Finally I find it: some sleazy joint that’s still opena prison cell of solitary pleasuresa peep show hidden between the trees:a bookstore open all nightwhere I can wallow among the booksluxuriate in other people’s versesand finally reach orgasmwith one of Allen Ginsberg’s self-destructive poems.
—Cristina Peri Rossi
Translated by tatiana de la tierra

Carmen Boullosa You were born in Montevideo, the daughter of Italian immigrants?
Cristina Peri Rossi Both of my parents are the descendents of Italian immigrants, yet at home, only Spanish was spoken. Montevideo was a city of immigrants—everyone was the child, grandchild, or great-grandchild of Italians or Jews who fled during World War II, or came with other emigrations during the Spanish Civil War or the Armenian-Turkish war.
CB Were you raised in a family of readers?
CPR My mom—who is still around, I am fortunate, she is 92—was a teacher and the only one at home who had studied, and yes, she did read to me. She tells me that she used to read out loud to me when she was pregnant, and that we’d listen to a lot of music. That might be why I like music so much. To say that I am a writer for this reason, however, is more uncertain. What is true is that she told me that one day, we got on a bus and I surprised her because I began to read an ad out loud. She says that I began to speak fluently very early. And that she said to herself, “What bad luck, she’s going to be a writer!”
CB Was it a kind of golden age of literature? Tell us about this Montevideo in which youbecame a writer, or in which you received your formation as a young writer.
CPR Montevideo had its time of splendor a little before I was born. The so-called boom years of Uruguay correspond to the period of World War II, when the Uruguayan peso was on par with the dollar. Later, when the war ended, beef and wool, the main Uruguayan exports, plummeted in value because the purchasing countries became producers: the United States, for example. Thereafter industrial development was halted, the government had a huge debt with the IMF, the inflation rate reached 100 percent, and the pauperized middle class all but disappeared.
CB Uruguay and Argentina stopped serving as the world’s granary and stable.
CPR I am from a very humble family. My mother was a teacher and my father was a worker. He was also a farmer who immigrated to the city, with the drama that is common to all displaced farmers: they never stop missing the country and never completely become urbanites. Back then we had financial concerns at home, but I was able to study because the social democratic government made free, secular education available to everyone. I would spend my time jotting down the books I wanted to read and visiting bookstores, but buying little because I didn’t have money. I’ve always been a great reader in libraries. At the National Library I read Simone de Beauvoir’s The Second Sex at 16.
CB Were the libraries good in Montevideo? 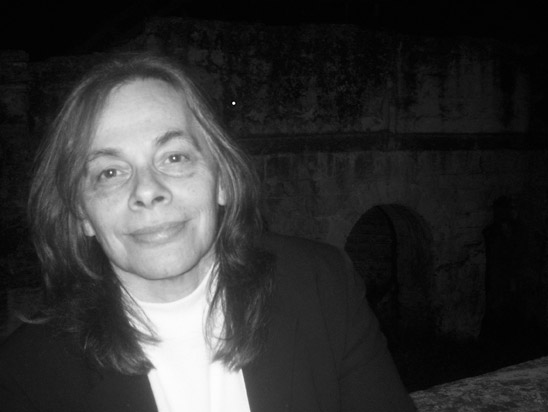 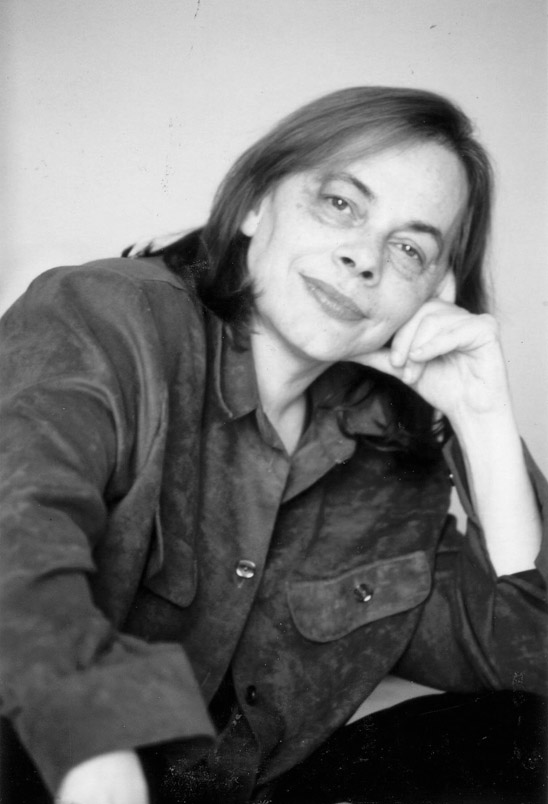 Translated from the Spanish by Sarah Pollack.

—Carmen Boullosa has published 14 novels, most recently La virgen y el violín with Editorial Siruela in Madrid. They’re Cows, We’re Pigs; Leaving Tabasco; and Cleopatra Dismounts have been published in English translation by Grove Press. A sample of her translated poetry appears in the anthology Reversible Monuments: Contemporary Mexican Poetry. She received the Xavier Villaurrutia Prize in Mexico, the Anna Seghers and the Liberaturpreis in Germany, and, most recently, the Café Gijón Prize in Madrid. She’s Distinguished Lecturer at City College, CUNY, and lives in Brooklyn.