A book that changed me / Hopscotch by Julio Cortázar 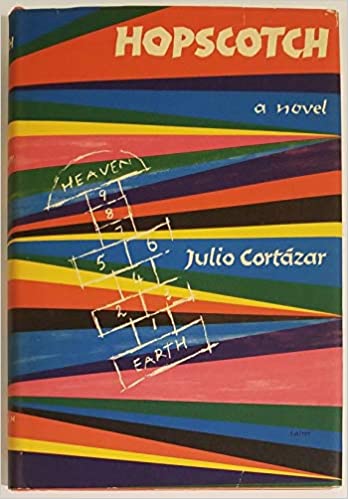 Silvia Rothlisberger
Every book I have read has influenced my life, but a book that changed my future was Hopscotch by the Argentinian writer Julio Cortázar.
I was 15 years old when I found Hopscotch in my house library and I was drawn to open it by the chalk hopscotch on its cover. Wondering what a book with that name could be about, l discovered that it could be read in two different ways. One, starting at chapter one and finishing in chapter 57. Or the other starting at chapter 73 and following the order shown at the end of every chapter. Now I was intrigued.
The following year I couldn’t stop reading its pages. Even acquiring the habits of the characters. Like Horacio’s superstition that you have to lift an object that falls to the floor immediately before a person whose name starts with the first letter of the object suffers a misfortune. Or trying to be like La Maga, absorbed and distracted.
Half of Hopscotch is in Paris, a city that I had never been to or even dreamed of. After reading this book I knew I had to go there and discover the bohemian Paris depicted by Cortázar.
Two years later, after I finished high school, I was on a twelve-hour flight from my home country Colombia to France with the aim of walking through the same bridges and boulevards where Horacio and La Maga loved and lost each other.

Posted by Ficciones at Wednesday, October 07, 2020

Email ThisBlogThis!Share to TwitterShare to FacebookShare to Pinterest
Labels: A book that changed me, Argentine writers, Cortázar, Writers