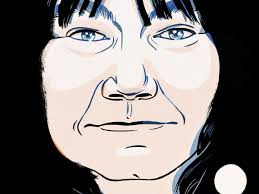 ‘I thought it would be about the seasons’: Ali Smith on writing Autumn

A
utumn came about because in summer 2014 I handed in a novel called How to Be Both way past my deadline. I apologised for the lateness. Simon Prosser, my publisher, reassured me: though I’d missed my file date by a year, Hamish Hamilton could still meet their publishing deadline. Within six weeks of me giving them the manuscript, I was holding finished copies of How to Be Both in my hands; I say copies and hands plural because it is a novel that comes in two possible forms and wasn’t exactly straightforward to publish.


Six weeks! It set me thinking about the time it habitually takes between delivery and publication – usually at least nine months, often more like a year and a half. It set me thinking, too, about why the novel is called the novel, and about the form’s relationship both to time and to its own time.
I had been imagining since I began writing – a quarter of a century ago – that one day I’d write a set of books named after the seasons. Now I asked Simon if it’d be possible for us to do these books as a sort of time-sensitive experiment. Four books, written close to their own publication (in the old Victorian mode, published practically as soon as written) that they would be about not just their own times, but the place where time and the novel meet. He checked with the teams at Hamish Hamilton and Penguin if they’d be on for it. They said yes.
Writing these novels, then watching them take book form at what feels like the speed of light, has been a real revelation of the communality it takes to publish, and of the breathtaking expertise of the people working to the clock valiantly and with such goodwill at every stage of the process.

But I shake my head as I remember what I thought, back then – in the pre-referendum days: that these books would probably be pastoral evocations, rather traditional stories about the richness of the seasons, the workings of time in our lives etc. I really did. I started writing the first of the four, Autumn, in 2015. Then 2016 gave us the new word: “Brexit”. I looked at what I’d written so far: a piece about a woman in a village hit by coastal erosion, social division, gentrification and austerity; she walks along the edge of a massive security fence that has suddenly appeared across a piece of common land, then tries to have a dialogue with a security man who tells her repeatedly only that she’s not allowed.

Is blatant political roguery new? Don’t be daft, and neither is the handshake between propaganda and new technology

Brexit’s divisions? They aren’t new. Brexit has just made them properly visible to us all. Is blatant political roguery new? Don’t be daft, and neither is the handshake between propagandist persuasion and whatever the latest technologies happen to be. And one of the things that has been most interesting about writing books pressed so consciously against the contemporaneous is that nothing is really new in what’s happening to us now. It’s all there in classical myth, in Gilgamesh, in Homer; Dickens’s Hard Times, considering what happens when a country’s people become fodder to the latest industrial technology and the people who control it; Shakespeare’s Cymbeline, all about the fallout from fake news, and his Pericles, the fallout from bad governance. The longest piece of Shakespeare’s authenticated handwriting left in existence is a brilliant speech from Sir Thomas More about the foulness and dangers of anti-foreigner sentiment.

“In the dark times, will there also be singing?” Brecht wrote in the 1930s. Yes, there will still be singing, about the dark times. No matter the century, no matter the country, politicians will find it expedient to lie, people who want power will find expedience in the age-old divide-and-rule tactic, and people in power will be tempted to use us all as expediently as they can while they shake down the system to fill their pockets and the pockets of their pals. What’s new, to us at least, is that Brexit’s particular divides aren’t just local, familial, national, international; right now they’re also a fracturing of our time, life before the vote, life after the vote. We’re still waiting on the faultline to see where that will take us.
But beyond and above all this, in the end what survives of us are the stories of people’s lives, how we live through the history we call the present, through the cycles of another year and another, renewing themselves and us again and again, bringing around the darker days, and the light. Always look to story for the real plot. Look to dialogue, always, for the life.
THE GUARDIAN