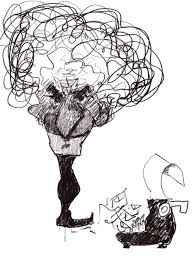 Jerzy (Nikodem) Kosiński (born under the surname of Lewinkopf, also used the pseudonym of Joseph Novak) was born on June 14, 1933 in Łódź, died in 1991 in New York.
Kosiński studied under the supervision of Józef Chałasiński at the University of Łódź. He graduated with a diploma in political science and history. After earning his degrees, he became an assistant at the Institute of History and Sociology at the Polish Academy of Sciences (PAN). In 1957, he left Poland with a scholarship to the United States where he stayed permanently. In 1965, he received the American citizenship. Kosiński obtained grants from the Guggenheim Fellowship (1967), Ford Foundation (1968) and the American Academy (1970). Kosiński graduated from Columbia University. He lectured at Yale University, Princeton University, Davenport University and Wesleyan University. Among many honours and distinctions, Kosiński received the prestigious National Book Award (1969), National Institute of Arts and Letters Award (1970) and Le Prix du Meilleur Livre Étranger (1966). He was also honoured by the American Academy of Arts and Letters. In 1973, he was appointed the President of the American PEN Club. He held the chair for two terms. Kosiński was the President of Oxford Institute of Polish-Jewish Studies.
Aside from writing, Kosiński was also an actor (he acted in Reds in 1981), a photographer and a screenwriter (he wrote a screenplay based on his own novel Being There, which was produced in 1980).
Kosiński's novels have been translated into many languages around the world. 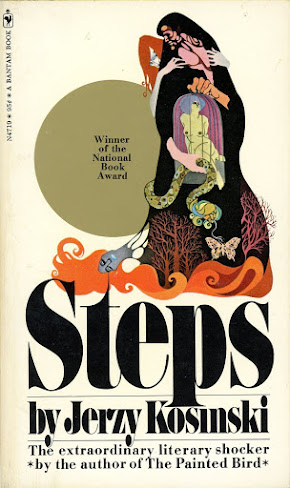 Kosiński and The Painted Bird

The most important and outstanding novel by Jerzy Kosiński is The Painted Bird, written in 1965. The book opened the doors for his international career. This unique novel has given rise to many doubts concerning its content as well as authorship. There are many reasons for which the novel seems to be deprived of "the authorship". Kosiński, whose knowledge of English was poor at that time, worked on the novel with the help of at least a few "editors" who might have not been fully aware of their roles. From the linguistic point of view, the collective translation and unclear role of the "author" himself in shaping the final version of the novel resulted in creation of an exceptional literary work.After its publication in the USA, the novel divided literary critics into those who believed it to be a shocking documentary and those who claimed it to be a work of fiction. Even though it is filled with many autobiographical themes, to be precise, it is a creation of the young Jerzy's experiences, The Painted Bird is an "untrue" recollection from the factual point of view. It is not a realistic record of personal experiences, but a surreal parable of human fate. The protagonist is a child since childhood naturally alienates one from the world (of adults) and the war seen through a child's eyes takes on an apocalyptic character. It is not important whether these dramatic experiences take place in Poland or elsewhere; it is not essential whether the boy wandering alone through the daunting forest is a Jew, a Gypsy or whether he bears any similarity to them. The most important is the situation of the boy as an outsider, a painted bird pecked by the flock. Even such a highly concrete historical fact as the Second World War, which succeeded in demoralising peasants living in European suburbs, takes on a universal meaning. It becomes the embodiment of evil inherent to the human nature. From this perspective, the accusations of the anti-Polish sentiment of The Painted Bird seem absurd and show a lack of an in-depth reading of this outstanding novel and naivety in taking it too literally.Describing him as "not a Pole, not a Jew, not a bird, not a fish", Kosiński's biographer precisely defined the modus vivendi of his entire artistic output, of The Painted Bird in particular, and brings up he complex issue of Kosiński search for and abandonment of his perplexed identity. It is worth noting that Polish literary historians face similar difficulties with Kosiński's identity. They have still not decided whether Kosiński's name should be included in anthologies and literary criticism of Polish post-war literature (which does not necessarily entail that all works are written in Polish language), particularly as Americans consistently refer to Kosiński as an "American writer". The absence of Kosiński in the Polish literary consciousness is incomprehensible. It causes concern that such a situation results from a subconscious heritage of the disrespectful and insulting criticism common during the times of the People's Republic of Poland. It may indicate the lack of discussing a scandalous writer who was not associated with any immigrant circle.

Jerzy Kosiński can be called a mythomaniac since myth played a fundamental role in his life.Firstly, he made the most of his great talent and imagination by creating multiple fictitious biographies. Till the end of his life, Kosiński followed the rule of surrounding himself by a wall of untrue stories which spoken out loud frequently became facts. He used this technique in relationships with others, in the creation of his unique intellectual and sexual image, and, most of all, in literature. Kosiński's tendency to create myths increased in the United Stated. There, without any risk of being found out, Kosiński could tell his contrived life stories and autobiographies to a completely new society which did not know him. This gave him the opportunity to create his past anew. As the confused biographers and bewildered readers who search for the truth about the author of The Painted Bird know best, there have been many blank pages in Kosiński's biography till the present day. A great degree of uncertainty has surrounded the writings on the author. The question arises how to separate the truth from what he said about himself and from what others said about him. It should be taken into account, also while reading these words, that each of Kosiński's biographies is only another fictitious story about a man who to a lesser or greater extent, lived a blurred life of a literary protagonist.

Kosiński in America: The Influence of Tadeusz Dołęga-Mostowicz

Speaking of protagonists, Kosiński's mature life and works were based on a significantly important myth. It would not be much of an exaggeration to state that the novel Kariera Nikodema Dyzmy / The Career of Nikodem Dyzma (1932) by Tadeusz Dołęga-Mostowicz made a turning point in Kosiński's life. The attitude of the main protagonist made him realize his aim in life and the measures indispensable to achieve it. Kosiński understood that the United States is the place where he was able to fulfill his American dream with regard to a fairy-tale career. If a book holds the power to affect a human being's existence, then this novel, which Kosiński read in his youth, did change his life. Since that moment Kosiński shaped his life as a copy of the literary model and followed the example of Nikodem Dyzma. Interestingly, in Kosiński's case, literature incorporated into a real demanding life, turned out to be a good guide. It ensured a stunning success and a colourful, unsettled, unique and unbelievable star life full of ambiguities and controversies.

There is also another, darker side of Kosiński's myth. Namely, Dyzma's myth which gave birth to the American writer, twenty years later brought Kosiński to the edge of his career's breakdown. On the rising tide of journalists' attacks towards Kosiński, then at the peak of his career, the author's third novel Being There was accused of plagiarising The Career of Nikodem Dyzma. As it often happens in case of Kosiński's biography, it is impossible to explicitly state whether he indeed plagiarised Dołęga-Mostowicz's work (while comparing these two works, one could agree with this assummption), or whether it was a case of autobiographical writing, common for Kosiński, in which the life history of the author-protagonist is deceptively similar to that of a literary protagonist. The issue whether it was a forgery or a natural outcome of choosing Dyzma for a master and idol has remained unsolved. In this way, one of the multiple life stories of Jerzy Kosiński could be included in a charlatan myth of which he was both, the creator and creation. It is not able to infiltrate the complex subplots of this biography, but it perfectly establishes its main stream.At the night of May 3, 1991, Jerzy Kosiński made a phone call to Urszula Dudziak who was his closest friend at that time. At the end of the conversation, he said: "I will call you as soon as I wake up". He mixed a high dose of sleeping pills with alcohol, undressed and lied in the bathtub. He put a plastic bag over his head to be sure. In the morning, his wife Kiki found him dead. The reasons for his death and circumstances surrounding it have stirred controversies and disputes. Suicide was a recurring theme in Kosiński's literary works.