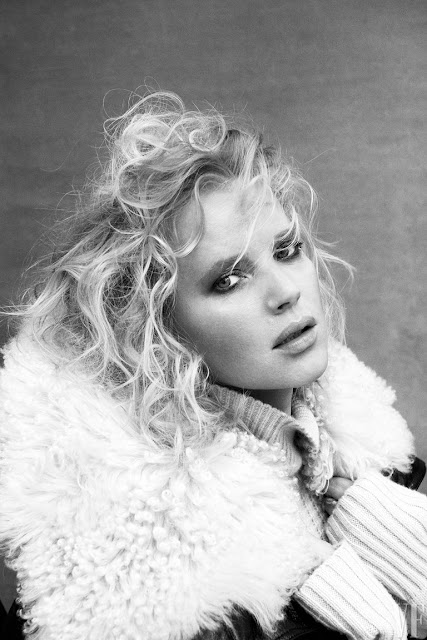 A household name in Poland, Joanna Kulig is having her global breakthrough moment with Pawel Pawlikowski’s Cold War, a provocative but timely depiction of Poland in the 1950’s. Boasting an extensive background in music as well as acting, her gift is undeniable. At age 16 she won a televised Polish singing contest similar to American Idol, which catapulted her to national success. Since then she has garnered numerous film and television credits in Poland, including a part as a singer in Pawlikowski’s previous film Ida, and co-starring with Tomasz Kot in 2015’s “Disco Polo,” about aspiring Polish disco musicians. She reunites with Kot in Cold War, in which he also plays her love interest.

Joanna’s performance as Zula is somehow both spontaneous and measured. She plays a young girl who gets into a Polish folk music school, and the film follows her meandering, love affair over across many different places, times, and regimes in rapidly changing world, as Poland is taken over by the Soviets. It’s a portrait of love and self-destruction, of someone trying to find her voice, but ultimately adrift in the world. Pawel’s filmmaking agenda has always been a personal one, and in a sense, this film is the most personal statement yet—the two main character’s are based on his parents tumultuous relationship. The film garnered buzz in the festival circuit, winning Pawlikowski best director at Cannes. It’s now nominated for three Academy Awards, including best cinematography for it’s stark and painterly visuals.

Ahead of the Academy Awards we were fortunate enough to speak to the actress. She spoke excitedly about details of shooting with Pawel. Currently pregnant with her first child, her enthusiasm, not only for this project, but for her future, was nothing short of infectious. 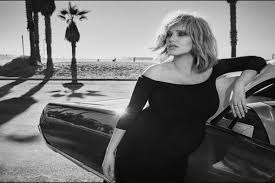 What was it like working with Pawel on this?

It was a special kind of work. The preparation prior to shooting was long. He had me spend time with the musicians beforehand, because he wanted something very natural. It was almost five months of this before we even started filming. When we started to shoot he told me “You’re finally part of the group.”

How did you keep your performance so spontaneous with all that preparation?

When you study music, you can’t start improv without simple structure at the beginning. This script was quite similar. You have to have strong structure in the beginning because if the foundation is weak, the house will be blown over quickly. Once you know the character, it’s surprising how much you can improvise. The preparation was long, and Pawel knows exactly what he wants, but it was the improvisation that kept it fresh. When you repeat something five times exactly the same, things gets boring.

When you were sixteen, you won a prize at a Polish singing competition called, Translated: A Chance for Success. In Cold War, Zula's character essentially won a singing challenge in order to get into the music school.

Yeah of course, it was quite similar. At that time, we didn’t have a lot of talent shows like now, and it was quite something. There was only that one program, and people really watched, you know? It was special for me.

It felt very real. Did you grow up hearing or singing some of the folk songs in the movie?

I grew up in a small town… I heard it during the important ceremonies or in the church. I didn’t really have to learn them. It was something that my grandmother sang when I was a very small baby, that’s why I think I have it in my heart. Sometimes you don’t know why, but you have something inside you. 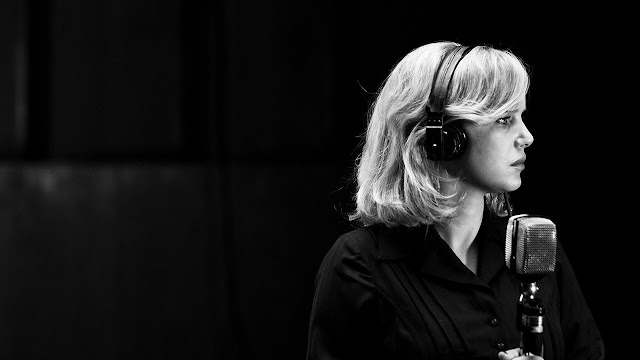 One thing I loved about this movie was that it was essentially a musical… but the musical numbers are woven into the plot in a more organic way. I’m thinking of the scene where your character sees Tomasz’s character, Wiktor in the audience, and he startles you. The whole thing was such stylistic balancing act. What was the biggest challenge with that?

It was very difficult. [Laughs.] The singing and dancing were very rehearsed, but Pawel kept saying, “this is great, but I need something more on your side. I’m getting the same thing over and over.” It was about layering something onto the thing we had rehearsed. An expression, a sadness. The dancers were tired, they could only do so much. More than twenty takes and they’ll become exhausted. It was a long day and the audience, the people… how do you say in English—the extras! Even the extras were tired. It was important to have great energy and be very specific about the emotions we wanted to convey. I was very concentrated on what Pawel wanted in his head. That’s why I am so proud that people love this scene–it was hard work.

This isn’t your first time starring alongside Tomasz. How did you create such a believable chemistry?

We met during Disco Polo (2015)… That was completely different. It was, you know, colorful, more of comedy. We were a very funny couple, because Tomasz is so tall and I was so small. He played a very funny character, we both played funny characters. And generally, we didn’t think too much about the motions, the whole thing was more natural. For Cold War… we spoke about our grandparents, and about relationships during the 50’s. We watched old movies Casablanca. We also spoke to Pawel because we knew that this was inspired by his own parents.

When we were on the set, we were like brother and sister. We’d drink coffee, eat chocolate, we would talk about life. He’s a great actor, but he’s also a great person. Very warm and made me feel very safe. They it’s easier to play a couple when you feel safe. You can show more and you trust each other. And it was very important for us that we trust. And we tried more and more That’s why it was very important for me to be able to trust each other. 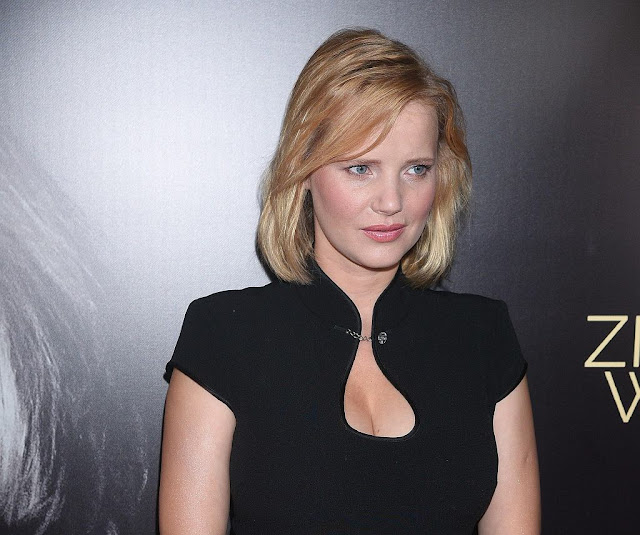 I love that you watched Casablanca. It makes a lot of sense because their relationship does feel timeless.

Yes and we had to learn to use more pauses, they speak slower. The tempo is different in a film today, today everything is more quick, but in the 50’s everything was slower.

At the beginning of the film, your character Zula is established as a kind of scammer. You get the feeling she’ll do whatever it takes to succeed. She pretends to be from the village, even though she’s actually from the city. It’s also revealed that she is hiding certain aspects of her past. Later in the film though, she gets mad at her Wiktor for making up stories about her at a party in order to make her seem more interesting. Why do you think she gets tired of the scams?

I think she becomes tired of it because she wasn’t ready for immigration. She had a very different background than Wiktor. Wiktor was from a more intellectual family, he was educated. Zula was young. It was a different country and different language. And Wiktor was everything to her, the composer, the lover, a brother… And I think you can’t be with one person for everything. It gets lonely. And she started destroying her own life. That’s why I think, as an audience member, you can love her and hate her at the same time. In talking to people who had seen this film, I was surprised to hear how many immigrants have had a quite similar experience. One woman told me, “I was happy on the outside, but inside I was so sad.”

What’s one thing that you’d like to tell our readers that you don’t think they already know about you?

Hmmmm. [Laughs.] I have something. Any article of clothing, my shoes, clothes, dresses… once they come off. I don’t know where they go! I have to buy new shoes all the time! It’s very strange. 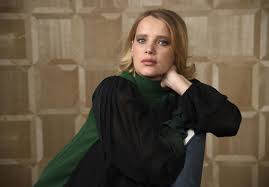 I’m the same way! I lose clothes all the time. That’s so funny.

Yes all the time. My husband is always asking me where my shoes are. Left them at the airport. Left my hat on a plane the other day.

Good thing you’re an actress. Everyone brings your stuff to you.

What are you working on right now?

Well, I have a lot of scripts to read right now. [Laughs.] I want to improve my English. For my next project, I have to be calm, and choose something that will be new and different.
FLAUNT