Rebecca to Rachel /10 of the best Daphne du Maurier films 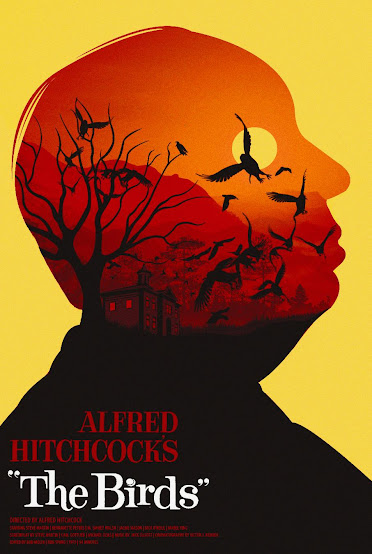 Rebecca to Rachel: 10 of the best Daphne du Maurier films

Valerie Hobson plays the wife of a British MP (Michael Redgrave), who learns her husband has been killed in the second world war. Just as she is getting to grips with her loss, preparing to marry a neighbouring farmer and taking up her late husband’s seat in parliament (where Churchill is impressed by her maiden speech), he turns up alive. Apparently, reports of his death were greatly exaggerated because he was secretly working for the Resistance. Now, he expects her to return to her housewifely duties, but everything has changed. This earnest adaptation of Daphne du Maurier’s play has not aged well.

“There’s terrible trouble at t’mines.” Copper John (Cecil Parker) decides to increase his fortune by sinking a copper mine into disputed land, leading to three generations of feuding families duking it out in 19th-century Ireland in this gloomy adaptation of Du Maurier’s seventh novel. Meanwhile, Fanny Rosa (Margaret Lockwood) dithers between two brothers (Dennis Price and Michael Denison), but honestly, who cares? The characters and their conflicts never come into focus as the never-ending drama plods on, with acres of stuffy exposition jiffed up only occasionally by rioting miners, exploding shacks or a staid society ball degenerating into a raucous Irish jig.

On holiday in France, a British teacher meets his exact double: a French aristocrat who tricks him into swapping lives. Alec Guinness plays dual roles in Gore Vidal’s adaptation of Du Maurier’s 1957 novel, directed by Robert Hamer, in whose Kind Hearts and Coronets Guinness had played eight different characters. It was a troubled production (Guinness had to help out with the directing when Hamer’s alcoholism kicked in) and the story founders on too many fudged plot points – such as the implausibility of an Englishman passing for a native French speaker without the man’s wife or mistress immediately spotting the deception.

David O Selznick loaned Joan Fontaine to Paramount for this lavish Technicolor adaptation of Du Maurier’s 1941 historical novel, directed by Mitchell Leisen, and by all accounts she was not happy about it. But she looks fabulous in the sumptuous 17th-century gowns of an unhappily married English lady, in a very Californian-looking Cornwall, who runs off with a dashing French pirate (Mexican actor Arturo de Córdova). But it is not as camp as it ought to be, and duller than it sounds, apart from a bewigged Basil Rathbone as a creepy cad who lusts after Fontaine. Because Rathbone is always fun.

Alfred Hitchcock’s last British film before he left for Hollywood was the first of his three Du Maurier adaptations – and the least successful, mainly thanks to an ego even larger than Hitch’s. The mystery-thriller elements are thrown off balance from the outset by star and co-producer Charles Laughton, hogging the limelight outrageously as a 19th-century Cornish fop who secretly finances his luxury lifestyle with the help of a gang of wreckers who lure ships on to the rocks. Maureen O’Hara, in her first major role, plays the heroine, and a full complement of great British character actors burble entertainingly as the ruffians.

Writer-director Roger Michell delivers a classy adaptation of Du Maurier’s 1951 novel, with the plot device of the rickety garden bridge replaced by crumbling cliffs. The main reason to see this is a super performance by Rachel Weisz in the title role, conveying entire mountain ranges of emotion in just one glance as the ambiguous Anglo-Italian beauty who may or may not have caused the death of the male narrator’s cousin. Sam Claflin plays up the latter’s neurasthenia as the Englishman who can’t get to grips with female sexuality. Set in Du Maurier’s Cornwall, but filmed against beautiful Devon and Surrey landscapes.

“Rachel, my torment, my blessed, blessed torment.” Top gothic tingles as Richard Burton, all wide-eyed ingenuousness in his first Hollywood role, falls for his cousin’s mysterious widow. Olivia de Havilland is at her most alluring as the femme fatale, or is her duplicity simply a delirious fantasy dreamed up by repressed British manhood? (Either way, Burton could not stand his co-star, whose Oscar for The Heiress had, according to his diaries, gone to her head.) Beguiling noir romance directed by the reliable Henry Koster, written and produced by Nunnally Johnson, and with a score by the great Franz Waxman.

The top three Du Maurier adaptations in this list are all pretty much perfect, so placings can be swapped around according to mood. Hitchcock’s nature-bites-back masterpiece transposes the author’s Cornwall-set short story to the picturesque Californian coastal town of Bodega Bay, with results all the more disquieting for never being fully explained when birds start pecking at farmers, teachers and children. Immaculately groomed Tippi Hedren has set her sights on apparently eligible bachelor Rod Taylor, but instead gets her hair mussed, stockings laddered and face all bloodied by dive-bombing gulls and a sadistic director at the top of his game.

Julie Christie and Donald Sutherland star in another Du Maurier short-story adaptation as a married couple whose attempts to cope with tragic bereavement are derailed by a sinister clairvoyant and serial murder in the labyrinthine streets of Venice. Director Nicolas Roeg, perfectly attuned to narrative shifts in perception, evokes such a mood of doom and anticipation that it’s now impossible to visit the city without thinking of it. The central relationship is heartbreakingly vivid, and there’s a uniquely tender sex scene, but what sticks in the brain is the little girl in the red raincoat and the frankly rather shocking ending.

“Last night I dreamt I went to Manderley again.” Ben Wheatley has some big shoes to fill with his remake, because Hitchcock’s first Hollywood film, adapted from Du Maurier’s 1938 novel, gets everything right. (It won Oscars for Best Picture and George Barnes’s cinematography.) Joan Fontaine plays the shrinking violet who marries an aristocratic widower (Laurence Olivier), only to find her new husband haunted by the memory of his first wife, whose flame is still being fanned by the dead woman’s excessively devoted housekeeper, Mrs Danvers (Judith Anderson, unforgettable). Gothic romance par excellence, and a chilling portrait of psychological abuse that remains more pertinent than ever.

• Rebecca is in UK cinemas now and on Netflix from 21 October.

Posted by Ficciones at Wednesday, October 21, 2020