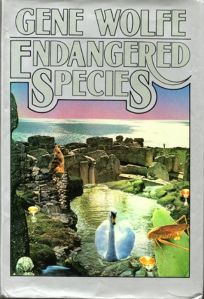 Wolfe, whose tetralogy The Book of the New Sun was the most acclaimed science fiction series of the 1980s, offers his second collection, a hefty volume of over 30 stories in a variety of genres--SF, fantasy, horror, mainstream. Many of them are variations on themes and situations found in folklore and fairy tales; Wolfe's deconstructions/reconstructions are provocative, multilayered, resonant. Occasionally, too, they seem intentionally enigmatic. Two of the stories, ``The Cat'' and ``The Map,'' are set in the universe of his New Sun novels. ``A Cabin on the Coast'' tells of a promising politician who loses his lover to the fey folk living in the sea. He strikes a bargain for her return, promising to undergo 20 years of servitude. When his lover finally returns, he has lost his youth, and with it, we assume, his future. ``In the House of the Gingerbread'' is a variation on ``Hansel and Gretel'' rewritten as a contemporary detective story; and ``The Detective of Dreams'' is an Arabian Nights tale as told by G. K. Chesterton--its spiritual subtext is made explicit in the end. A predominance of excellent stories makes this a rewarding book.

Posted by Ficciones at Wednesday, October 28, 2020