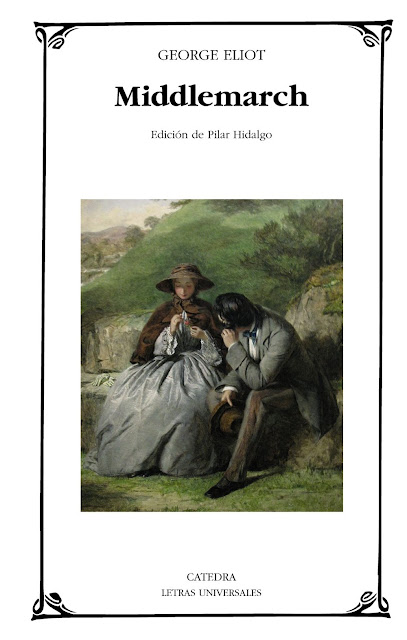 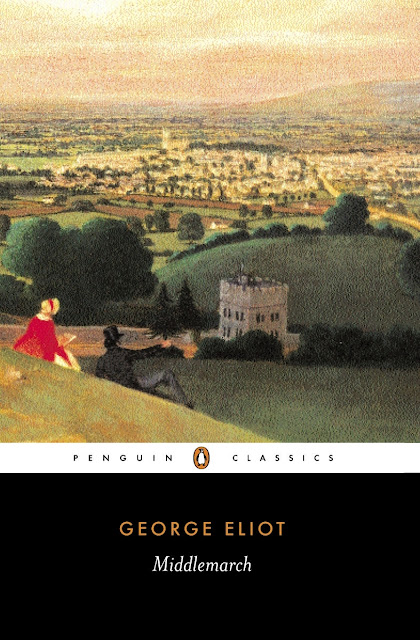 Middlemarch is one of those books that can exert an almost hypnotic power over its readers. Few other titles in this series will inspire quite the same intensity of response. When, for instance, in 1873, the poet Emily Dickinson referred to the novel, she wrote in a letter: "What do I think of Middlemarch? What do I think of glory – except that in a few instances 'this mortal [George Eliot] has already put on immortality'."


As well as moving its admirers to rhapsody, Middlemarch is also supremely a work of serious literature. According to Virginia Woolf, it is "one of the few English novels written for grown-up people". Later in the 20th century the influential critic FR Leavis made Middlemarch a central element of his "Great Tradition". Today it stands as perhaps the greatest of many great Victorian novels.
George Eliot's masterpiece, Middlemarch, appeared after the deaths of Thackeray (1863) and Dickens (1870). This is hardly an accident. Subtitled "a study of provincial life", the novel has a didactic realism that's a world away from Vanity Fair or Great Expectations. Indeed, Middlemarch looms above the mid-Victorian literary landscape like a cathedral of words in whose shadowy vastness its readers can find every kind of addictive discomfort, a sequence of raw truths: the loneliness of the disappointed failure, Dr Lydgate; the frustrations of his discontented wife; the humiliation of a good woman, Dorothea; the corrosive bitterness of Casaubon, and so on.

Few of Eliot's characters achieve what they really want, and all have to learn to compromise. Some learn the lessons and achieve a temporary happiness. Others refuse or are incapable of learning, and spend their lives resenting their situation, and blaming others. And others still realise their mistakes but are trapped by a wrong decision and never escape. Dr Lydgate is especially emblematic of Middlemarch: dying young, a bitter and disappointed man who knew he had married the wrong woman and could do nothing about it.
The action takes place some 40 years before the moment of composition. As well as making allusions to the death of George IV, outbreaks of cholera and the passing of the Great Reform Bill of 1832, its characters discuss the coming of the railway and the impact of industrialisation on a settled Midland English world. Here, the organising metaphor of Middlemarch becomes "the web", Eliot's representation of English society in all its airy complexity and resilience.
In the middle of this web we find the character whom all readers of Middlemarchwill argue about and identify with, the fascinating figure of Dorothea, wife of the cold-hearted monster Rev Edward Casaubon. Dorothea becomes a true heroine because – despite all she suffers, her humiliations and heartache – she still tries to be a good person, and to do the right thing. Lydgate, in particular, sees this and understands to his great sorrow what sort of woman he should have married and how different his life could have been. In a larger sense, Dorothea's fate (and also the torments self-inflicted by Rosamond Vincy) dramatise another of the novel's major themes, the place of women in a changing but still patriarchal society.
There are no easy resolutions in a great novel. Some readers will be dismayed to find, in the final chapters, Dorothea discovering fulfilment in her work for Will Ladislaw as he becomes a reforming MP. But Eliot has the last word, a famous and deeply moving valedictory page celebrating Dorothea's "finely-touched spirit". Here, Eliot concludes that "the effect of [Dorothea's] being" was "incalculably diffusive: for the growing good of the world is partly dependent on unhistoric acts; and that things are not so ill with you and me as they might have been, is half owing to the number who lived faithfully a hidden life, and rest in unvisited tombs". 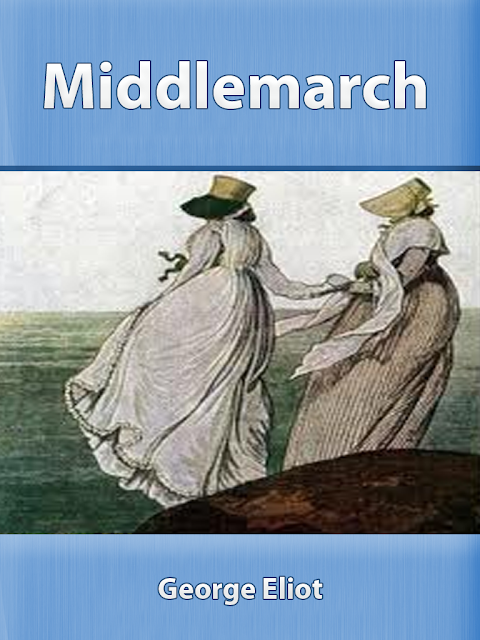 At the beginning of 1869, George Eliot listed her tasks for the coming year in her journal, including "A Novel called Middlemarch". However, progress was slow, interrupted by the fatal illness of Thornie Lewes, the second son of her partner George Henry Lewes. By September, only three chapters of the story had bee completed, and by the time Thornie finally died in November 1869, Eliot had stopped work on a novel that was at this stage just a study of Middlemarch society, with Lydgate, the doctor, and his ill-matched wife Rosamond Vincy, as the main characters.

However, more than a year later, in November 1870, she began work on a new story entitled "Miss Brooke", which introduced Dorothea. Eventually Eliot combined Dorothea's story with the Lydgate-Vincy narrative, and began to unfold the full majesty of the Middlemarch we have today.
As it took wing the work became so unlike the traditional Victorian "three-decker" novel that Lewes, acting as his partner's agent, requested John Blackwood, the publisher, to launch the novel in eight parts, at two-monthly intervals from December 1871. Once Blackwood had agreed, the eight books appeared throughout 1872, culminating in the closing chapters of November and December 1872, although the title page of the first edition bears the date 1871. Middlemarchwas immediately recognised as a work of genius, and secured Eliot's place high in the pantheon of English fiction. The first one-volume edition was published in 1874, and sold well to an enthusiastic reading public. In 2003 the novel was chosen as no 27 in the BBC survey "the Big Read".

Some other George Eliot titles