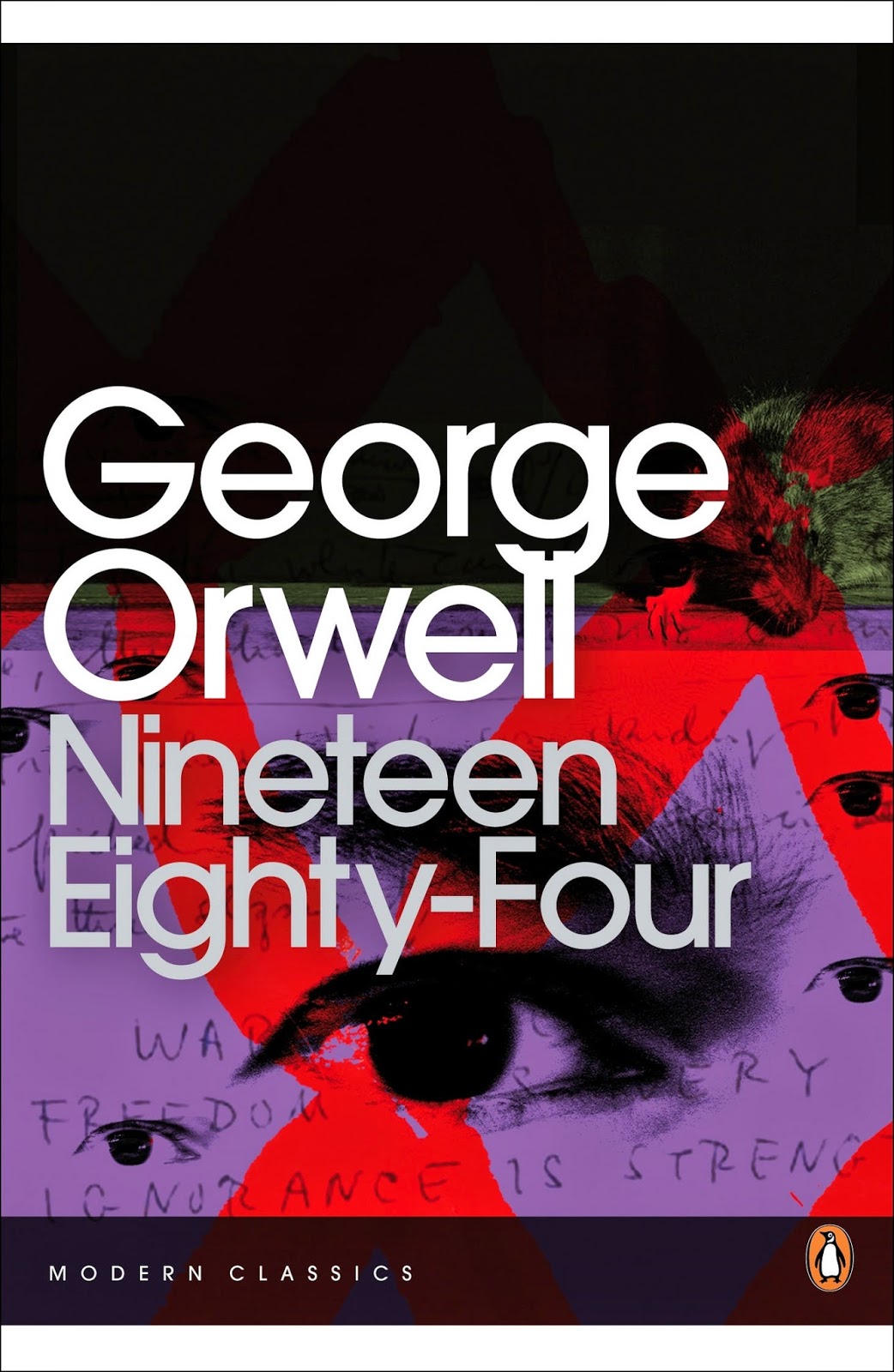 
“It was a bright cold day in April, and the clocks were striking thirteen.” Time is out of joint, and everyday life has no comfort any more: from Down and Out in Paris and London (1933) to Animal Farm (1945), George Orwell had been incubating a profound inner dissonance with his society. Even as a child, he had been fascinated by the futuristic imagination of HG Wells (and later, Aldous Huxley). Finally, at the end of his short life, he fulfilled his dream. Nineteen Eighty-Four, arguably the most famous English novel of the 20th century, is a zeitgeist book. Orwell’s dystopian vision was deeply rooted both in its author’s political morality, and in its time, the postwar years of western Europe. Its themes (the threat of the totalitarian state, censorship and the manipulation of language) continue to reverberate, with prophetic menace, like distant gunfire, into the present.
After the third world war, Britain is now Airstrip One in the American superstate of Oceania, permanently in conflict with Eurasia and Eastasia. Winston Smith, a former journalist employed by the Ministry of Truth to rewrite old newspaper articles so that the historical record always supports state policy, decides to launch his own hopeless private rebellion against the oppression of “the Party” and its all-seeing, all-powerful dictator, Big Brother. Winston’s revolt gets added impetus from his association with Julia, another dissident, who wants to use her rampant sexuality to defy the repression of “the Party”.
When Winston and Julia’s brief affair is discovered by the Thought Police they are subjected to the torments of Room 101 at the hands of the merciless O’Brien. “If you want a picture of the future,” says this demonic figure, “imagine a boot stamping on a human face – for ever.” At the end, now brainwashed into submission, Winston awaits his execution as “the last man in Europe”, the working title of Orwell’s first draft.
The plot of Nineteen Eighty-Four is one thing; its ideas are something else. In the 65 years since its publication, “Big Brother is watching you”, “newspeak”, “doublethink” “prole”, “thoughtcrime”, “unperson”, “reality control” and “the Two Minutes Hate” have become inseparable from the English language. Orwell himself, in the words of one critic, “the wintry conscience of his generation”, has become a kind of secular saint, which is an incarnation that might surprise his former colleagues on this newspaper, the Observer. 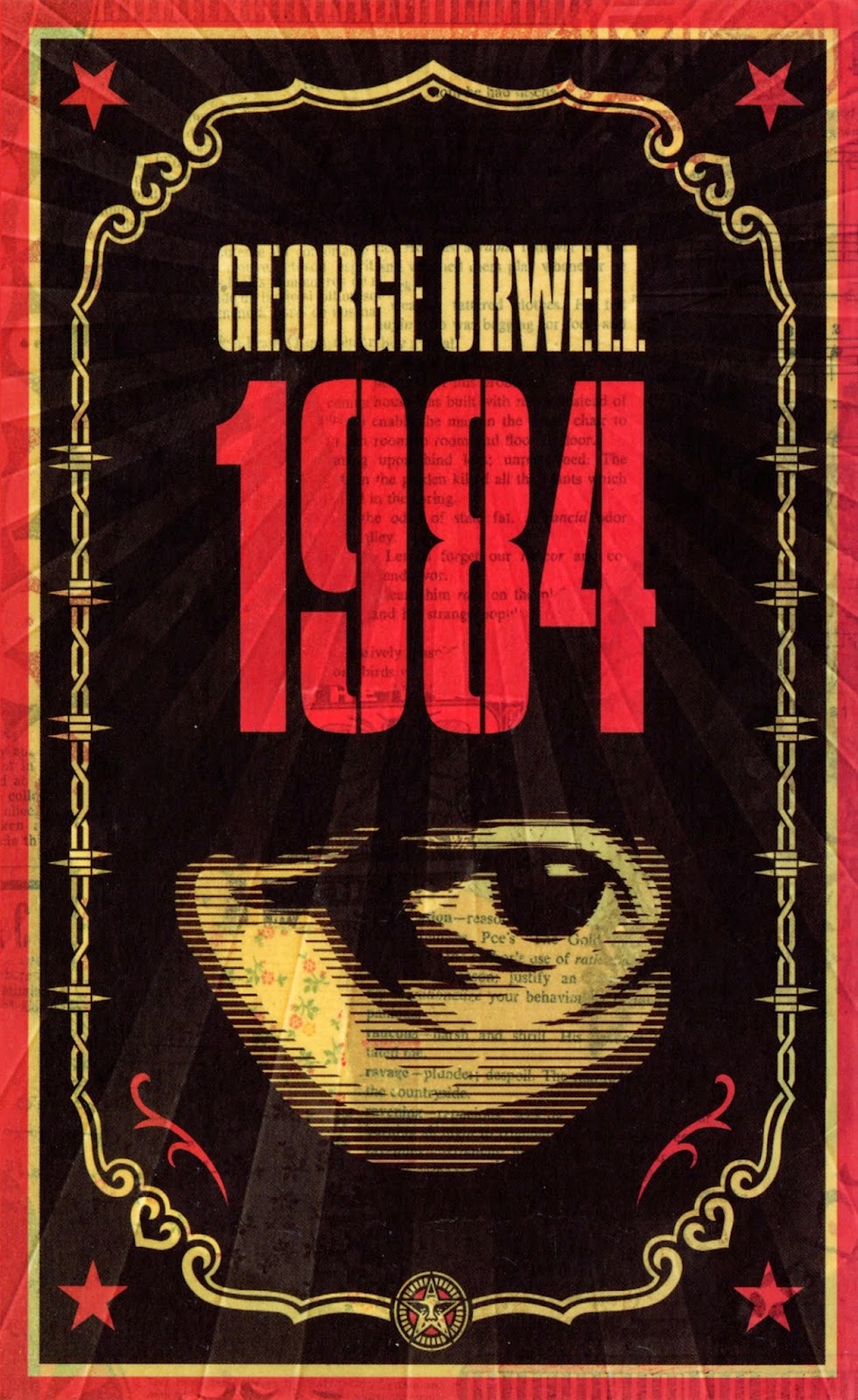 In a desperate race against time, Orwell’s health was deteriorating, the “unbelievably bad” manuscript needed retyping, and the December deadline was looming. Warburg promised to help, and so did Orwell’s agent. At cross-purposes over possible typists, they somehow contrived to make a bad situation infinitely worse. Orwell, feeling beyond help, followed his ex-public schoolboy’s instincts: he would go it alone.
By mid-November, too weak to walk, he retired to bed to tackle “the grisly job” of typing the book on his “decrepit typewriter” by himself. Sustained by endless roll-ups, pots of coffee, strong tea and the warmth of his paraffin heater, with gales buffeting Barnhill, night and day, he struggled on. By 30 November 1948 it was virtually done.
Now Orwell, the old campaigner, protested to his agent that “it really wasn’t worth all this fuss. It’s merely that, as it tires me to sit upright for any length of time, I can’t type very neatly and can’t do many pages a day”. Besides, he added, it was “wonderful” what mistakes a professional typist could make, and “in this book there is the difficulty that it contains a lot of neologisms”.
The typescript of George Orwell’s latest novel reached London in mid-December, as promised. Warburg recognised its qualities at once (“among the most terrifying books I have ever read”) and so did his colleagues. An in-house memo noted “if we can’t sell 15 to 20 thousand copies we ought to be shot”.
Nineteen Eighty-Four was published on 8 June 1949 (five days later in the US). Secker & Warburg in the UK, and Harcourt Brace in New York were eager to get it out into bookshops as soon as possible. Orwell’s American editor, Robert Giroux, whom I remember with fondness from the 1980s, did not wait for the English page proofs from which to set his edition, as was customary. Instead, he prepared a fresh copy for the American printer, with the result that the two first editions are significantly different in many small ways.
The novel was almost universally recognised as a masterpiece, even by Winston Churchill, who told his doctor that he had read it twice. Orwell’s health continued to decline. In October 1949, in his room at University College hospital, he married Sonia Brownell, with David Astor as best man. It was a fleeting moment of happiness; he lingered into the new year of 1950. In the small hours of 21 January he suffered a massive haemorrhage in hospital and died alone.
Orwell’s title remains something of a mystery. Some say he was alluding to the centenary of the Fabian Society, founded in 1884. Others suggest a nod to Jack London’s novel The Iron Heel (in which a political movement comes to power in 1984), or perhaps to one of his favourite writers GK Chesterton’s story, The Napoleon of Notting Hill, which is set in 1984.
In his edition of the Collected Works (20 volumes), Peter Davison notes that Orwell’s American publisher claimed that the title derived from reversing the date, 1948, though there’s no documentary evidence for this. Davison also argues that the date 1984 is linked to the year of Richard Blair’s birth, 1944, and notes that in the manuscript of the novel, the narrative occurs, successively, in 1980, 1982 and finally, 1984. There’s no mystery about the decision to abandon “The Last Man in Europe”. Orwell himself was always unsure of it. It was his publisher, Fred Warburg, who suggested that Nineteen Eighty-Four would be a more commercial title. It remains one of the all-time classics of the 20th century.