Ian McEwan on Charlie Hebdo / Facing down hatred with laughter 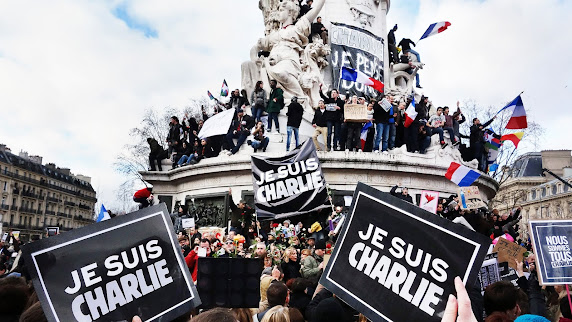 Ian McEwan on Charlie Hebdo -facing down hatred with laughter

urderous and self-sanctifying, radical Islam has become a global attractor for psychopaths. It has never been embarrassed to proclaim its list of hatreds: education, tolerance, plurality, pleasure and, above all, freedom of expression – the freedom that underpins all others. Even more important than the abstractions are the people that jihadists hate and have killed: children, schoolgirls, gays, women, atheists, non-Muslims, and many, many Muslims. To that list we must now add the brave and lively staff of Charlie Hebdo, who hoped to face down hatred with laughter. The slaughter in Paris is a tragedy for the open society. On a dark night for mental freedom, a few fragile points of light: the calm, determined crowds gathered in cities across France; the hope that the general revulsion at these murders might have a unifying effect; the fact that a cult rooted in hate is a frail thing and cannot last; the fact that the psychopaths are vastly outnumbered.
Those blackest hearts of the Pegida or Front National persuasion who are thinking of fire-bombing a mosque should consider that the most effective way of oppressing or murdering Muslims would be to join Isis or one of its affiliates. After the disappointed hopes of the Arab spring, much of the Arab world finds itself crushed between state tyrannies and religious fanaticism. General Sisi or Isis – the palindrome is apt. One marginal but relevant development, particularly in Egypt and Saudi Arabia, is the growth in the number of internet sites for those who, disgusted by jihadist violence, reject political Islam or Islam itself (see Black Ducks, Arab Atheists Network, freearabs.com). The apostates communicate in fear and at great risk, for turning away from their religion can bring down harsh punishment. Post Charlie Hebdo, the free speech debate must revive. Sadly for free thought in the west, mainstream Islam’s attitude to apostasy remains cloudy at best. There’s a civilised conversation to be had.
THE GUARDIAN

Posted by Ficciones at Saturday, September 18, 2021