From Gatsby to Darcy / The top 10 liars in fiction

From Gatsby to Darcy: the top 10 liars in fiction

Nick Lake, author of There Will be Lies, selects his favourite fictional tricksters and tellers of untruths in books

Fiction is full of lies. Fiction is lies, in some sense anyway. Of course it’s not as simple as that, but the lines are blurred: authors of fiction are, fundamentally, making stuff up. Fiction is full of liars too. There are the unreliable narrators, and the lies as engines of plot – dissembling is a useful device for propelling a story, creating layers of awareness that rub against each other like tectonic plates. The reader knowing things that the characters don’t know. Characters knowing things other characters don’t know. Characters knowing things the reader doesn’t know. You could write a PhD thesis on it, but that sounds like a lot of work!
Here, instead, and with the proviso that you could pretty much pick one from every book, are my top 10 liars in fiction 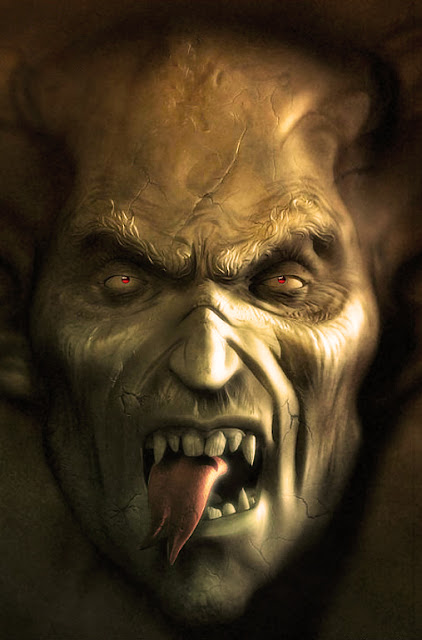 1.Satan, in The Bible
Need I say more, really? Though it’s worth noting that storytellers – speaking perhaps to the overlaps between story and lies – like Blake, Milton and Philip Pullman have found very interesting things to do with Satan, as a character, playing with the complexity of his motivations. In times of Enlightenment and Revolution, he became a much less straightforward figure for us to focus our hatred on than he was perhaps initially intended to be. 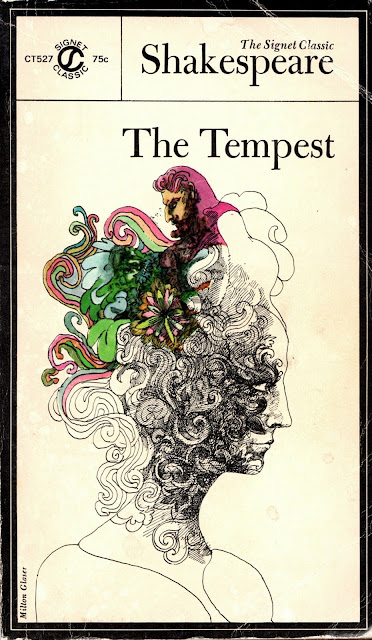 2. Prospero, in Shakespeare’s The Tempest
The magician Prospero, exiled Duke of Milan, spins lies all around him – including his repeated promise to Ariel, repeatedly broken, that he will let his helper-spirit go. Indeed, the play begins with his undoing of an earlier lie, when he finally reveals his true history to his daughter Miranda – who until that point has believed he is a simple cave-dwelling island man. Miranda has just seen the ship bearing Prospero’s usurper go down in a terrible storm, conjured by her father, and is horrified. But he reassures her that no harm is done: “I have done nothing but in care of thee.” An insidious kind of lie: the white lie of parental protection. This is something that plays a big role in my own book There Will be Lies, though with a mother rather than a father. I can’t say more without spoilers.
In the end, anyway, Prospero – artificer, artist, and avatar for the playwright – breaks his magical staff and buries his book, abjuring his art, stripping away his lies. It’s a scene of colossal beauty, at the end of the master’s last play, and it’s hard not to read it as a direct farewell from author to audience.
3. Edmund, in CS Lewis’s The Lion, the Witch and the Wardrobe


Edmund’s lie of omission, failing to tell his siblings about his encounter with the White Witch, drives much of the drama in the first Narnia story. Interestingly, though, he is probably judged more harshly by contemporary readers than Lewis intended. It is almost impossible, now, to imagine the feelings a child – used to the privations of wartime Britain – might experience on being offered some Turkish Delight. This is one of those occasions where some of the context is lost in the passage of history. If you had grown up with rationing, been shipped out to the country for protection, and found yourself in a magical land where you were offered extraordinary, rarefied sweet things, wouldn’t you lie too? 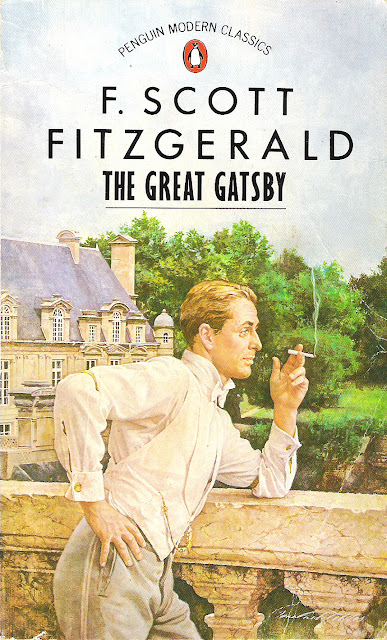 4. Gatsby, in The Great Gatsby by F. Scott Fitzgerald
Rich playboy Gatsby lies about a lot of things. His romantic life; his past; the origins of his ostentatious wealth, actually amassed through grubby bootlegging. But the small, practical lie that has always stuck in my mind is the fact that the handsome books in his library have uncut pages, proving that he hasn’t ever opened them. F Scott Fitzgerald called the jazz age the “cut glass age”, for its glitter, outward beauty and inward emptiness. But I almost think the uncut books are a more resonant metaphor. 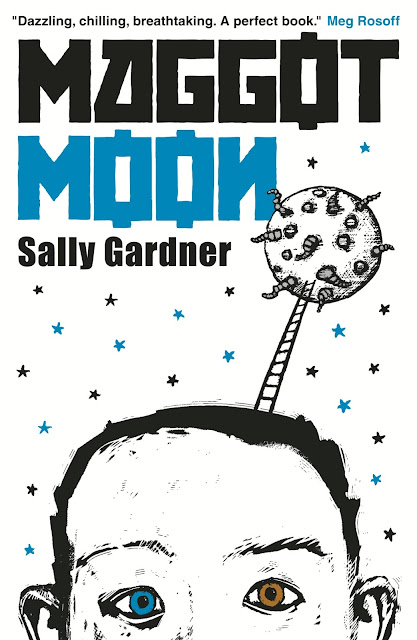 5. The State, in Maggot Moon by Sally Gardner
In Sally Gardner’s brilliantly original YA fable, it is not any one character who lies, but the government of an imagined country that may or may not be an alternate-history Britain. The story concerns Maggot, a boy who unwittingly finds himself drawn into a state conspiracy, and learns the truth about a proud public narrative. Propaganda, of course, is one of the areas where storytelling and lies intersect in interesting ways. 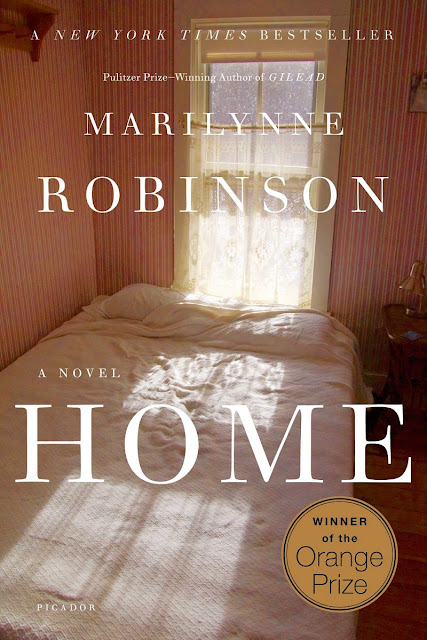 6. Jack, in Home by Marilynne Robinson
Perhaps my favourite ever book, and one I press on anyone who is willing to listen. It’s silly to make these kind of pronouncements, but I’m going to do it anyway: Marilynne Robinson is the finest prose writer in the world right now. The story revolves around Glory, the adult daughter of a preacher in the American South, who returns to live at home, and partly it’s about her dealing with this apparent failure; with reconciling herself to life as a spinster in the house she grew up in. But it’s also about her brother Jack, the wayward prodigal son who also returns to the family home for a while, and a ‘lie’ he tells. That is, we know that Jack has a wife and son, and that he is reluctant for them to visit, but Glory only learns why at the end of the book. It’s a final revelation, a lever de rideau on the whole sublot, that not only shows what Jack has been hiding, but also reveals the true purpose of the book: appearing on the outside to be a domestic drama, it is really a furious and utterly heartbreaking look at perhaps America’s greatest injustice. It’s amazing (and revelatory) how many Amazon reviewers don’t get it at all.
7. Mr Darcy, in Pride and Prejudice by Jane Austen


The obvious liar in Pride and Prejudice is Wickham, but the more interesting from a plot perspective is Darcy. Because Darcy does something immensely noble, which if she knew about it would make Elizabeth deeply grateful to him, but doesn’t tell her. Lies about it. She only finds out indirectly. It’s a heart-stirring and deeply effective device, so much so that it has spread, meme-style, through countless other stories ever since. There’s a legend in Bookworld that when Helen Fielding was considering turning her Bridget Jones columns into a book, she saw the Colin Firth-starring TV adaptation and decided to lift the plot from Pride and Prejudice. Virtually every romantic novel ever since has done the same, includingTwilight. 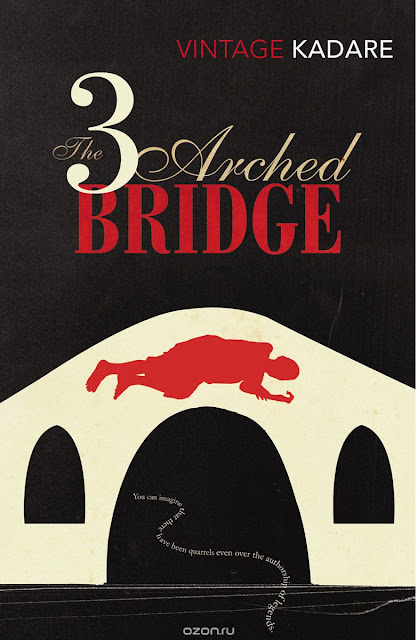 8. Gjon, in The Three-Arched Bridge by Ismail Kadare
A must-read for anyone interested in the not-quite-defined centre of the Venn diagram where branding, advertising, storytelling and propaganda meet, The Three-Arched Bridge is about how an idea can be employed as a weapon. Gjon, a Catholic monk in medieval times, is sent to oversee the building of a new stone bridge over a major river in Albania, essential for trade with the east. The owners of the existing boat-crossing monopoly attack his bridge with an idea – that the animist spirit of the river is offended by the bridge and it must be stopped or floods will ensue. But when a man is caught trying to destroy the bridge, Gjon seizes the opportunity to let off a thought-bomb of his own: taking inspiration from a local tradition of immuring animals in buildings to give them a soul, he walls the would-be saboteur inside the bridge, giving the structure itself a spirit. Now, to break it would be to break a taboo and a spell. Gjon knows it’s a superstition based on nothing, a lie, but it’s one powerful enough to secure his bridge forever. 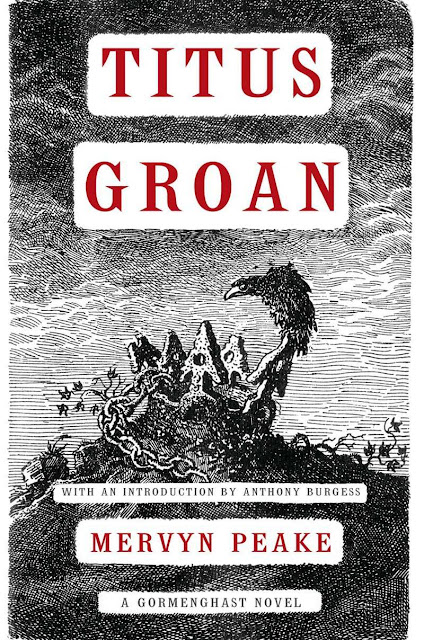 9. Steerpike, in Titus Groan by Mervyn Peake
Steerpike had a strong influence on me as a young teenager. His cleverness, his amorality, his Machiavellian willingness to plot and scheme and lie in order to rise through the ranks. His ruthlessness. In fact I’m ashamed to say I modelled myself on him for a while, finding his cruelty and quickness exciting. And it’s for that reason that I have never wholly subscribed to the notion that books represent an unalloyed force for good – yes, they are machines of empathy, letting us see through the eyes of others, but that also means that characters like Steerpike exert an incredibly seductive power. Still, I did ultimately come out of that phase, and as Milton says in his Areopagitica, there is no virtue that is meaningful if it hasn’t been tested by exposure to evil ideas. But I always remember Steerpike when writing for teenagers, and despite my books (hopefully) having an ambiguous moral landscape, I try to keep the narrators on a roughly even moral keel, keeping always in mind Kurt Vonnegut’s exhortation from God Bless You, Mr Rosewater: “there’s only one rule I know of, babies – God damn it, you’ve got to be kind.” 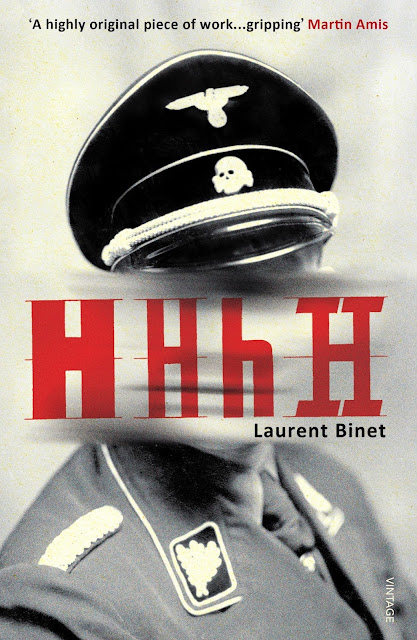 10. The author in HHhH, by Laurent Binet
A particularly interesting book this one, in terms of the tricky border between fiction and lies. The novel tells the true story of the assassination of Nazi top-man Heydrich, one of the architects of the Final Solution, when he was ruling Prague as his private fiefdom. I say “true”: throughout the book, Binet is preoccupied with the fact that he doesn’t know everything about the story, every little detail, and so is forced to invent them. He is especially concerned that he doesn’t know the names of the villagers who sheltered one of the assassins after the deed, and were all slaughtered by the Nazis for it; he feels that he is doing these heroes a disservice by not naming them. He is an author of a “true” book who is gnawed by the fact that he keeps having to fabricate: to lie, essentially.
11. Coyote, Crow, Loki, Anansi, Prometheus, etc, in virtually every myth ever
LOOK I LIED. I said 10 and I’m doing 11. Trickster gods are notorious liars – Coyote, in Navajo myth, is known among other names as the First Liar. But these gods tend to negotiate between us humans and the gods, too, and often the lies they tell, and the tricks they play, ultimately benefit mankind. They steal fire and give it to the people (both Coyote and Prometheus do that). They create Death (both Coyote and the Inuit Crow do that.) If I mention Coyote a lot it’s only because he features in There Will Be Lies, taking Shelby, the narrator, into a strange world called the Dreaming where various things seem to mirror her own life. In my book, he plays his usual role. He lies to her, but he also brings about change and progress through the chaos he creates. He steals the stars that were meant to be arranged in neat rows across the sky, and scatters them. And wouldn’t we rather the stars were scattered and beautiful, rather than organized and boring?