Maggie Shipstead / A bestselling L.A. novelist was struggling to depict a female adventurer 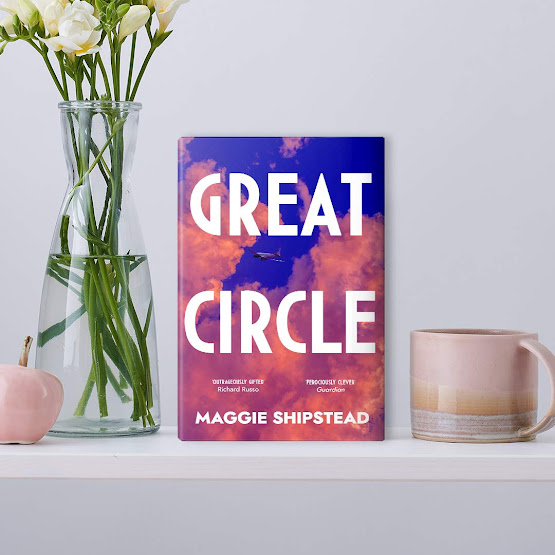 A bestselling L.A. novelist was struggling to depict a female adventurer. So she became one

APRIL 29, 2021
ON THE SHELF
Great Circle
By Maggie Shipstead

In the seven years it took to write “Great Circle,” Maggie Shipstead’s third novel, the California native befriended fear. Instead of dodging the feeling, as she usually did, she went straight in for the bear hug.

“By nature, I’m a fairly fearful person,” Shipstead said, speaking on video from her parents’ house in San Diego. “I was a really shy child. I did not crave novelty or adventure of any kind.” She cultivated, however, several obsessions: “What seventh grader doesn’t love paleoanthropology and draw weird sketches of human fossils in a notebook for no reason?”Domesticating fear changed Shipstead’s life. She became a daredevil world traveler who reveled in her independence. Her childhood enthusiasms were retooled into grown-up passions. All of it would serve her in the biggest challenge of her career so far: taming the once-unwieldy novel out next week. 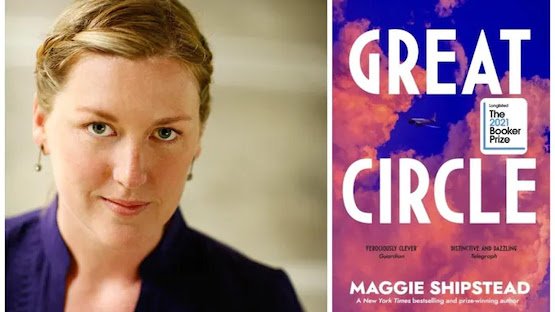 “Great Circle” was a departure for Shipstead, whose 2012 debut, “Seating Arrangements,” had all the “bells and smells” of High WASP: A wealthy brood tries not to unravel during their eldest daughter’s wedding on Cape Cod. The “perfect summer romp” (per the Washington Post) and winner of an L.A. Times Book Prize for first fiction seemed to seal Shipstead’s reputation as an impeccable craftswoman of upmarket beach reads.

For her 2014 follow-up, “Astonish Me,” Shipstead, then barely out of her 20s, traded the economic 1% for the dancing elite, tracing the repercussions of an American ballerina’s affair with a Baryshnikov-like superstar. The scope and structure of “Astonish Me” presaged the scale of “Great Circle” but the stakes in her new book are higher — for its heroine, literally life or death.

“Great Circle” nudged itself into existence in 2012, when Shipstead, far from her quiet upbringing in Coto de Caza (now best known for “The Real Housewives of Orange County”), was touring New Zealand. With a bestseller behind her and a second one sold, she should’ve been on top of the world; instead she was near its literal bottom, mourning a project, a reimagining of Mary McCarthy’s “The Group,” that had “just died on me.”

Exiting the Auckland airport, Shipstead encountered a statue of Kiwi aviator Jean Batten, one arm clutching flowers, the other reaching for the sky. The plaque at the base read: “I was destined to be a wanderer.” Shipstead didn’t start “Great Circle” until two years after seeing the statue, once she was settled in Los Angeles. But Batten’s slogan would inspire the first line of “Great Circle.”

The epic follows the life of American aviator Marian Graves, who disappears in 1950 during a harrowing circumnavigation of the globe over the North and South Poles. Marian’s story is interspersed with dispatches from Hollywood in 2014, where Hadley Baxter, a starlet who was caught cheating on her boyfriend/costar from a “Twilight”-like franchise, has been cast to play Graves in a prestigious indie — step one of her inevitable comeback.

Hadley and Marian both are constrained by their respective eras’ expectations of their gender. When Hadley refuses to keep up the fan-fiction fantasy, she’s fired, swarmed by paparazzi and left to rehabilitate her image. While picking through the wreckage of her personal life, the actor becomes engrossed in the mystery of Graves’ end.

Writing about Hollywood as an outsider (albeit one who grew up nearby) posed challenges for Shipstead. How would she avoid all the clichés — the temperamental auteur director, the insecure ingenue? On one level, the industry “is mundane,” Shipstead said. “There’s so much about it that’s dumb and boring, but then it’s also exactly what you think.” The fun part was using the stories we know — of abusers and casting couches — to “swerve off into a different direction.”

Hadley, who started as a peppy child actress, vaguely dreams of winning an Oscar, the ultimate affirmation. Marian, on the other hand, is supposed to leave her fascination with airplanes behind with her free-range Montana childhood. Her real purpose is to marry and raise babies, despite her apathy-then-terror of both. When she finally learns to fly — a favor granted at a steep emotional cost — she experiences an exhilarating freedom she’ll never know any other way.

Aloft, she also brushes with death: “She circles and circles. The cold wind on her face feels as sharp and violent as glass shards. Her arms are so heavy; she can barely work her feet on the rudder. No one will ever find her. No one will even know where to look.”

Later, reflecting on that dangerous outing, and the compromises she’ll make to her benefactor: “Does she regret the flight? She decides she doesn’t. She would have peered out of the cockpit and into something bottomless and unfathomable sooner or later. At some point, she would have found the edge of her own courage. There is nothing for it but to adjust, be humbled. So she is not exactly who she had thought. So what. She will be someone different.”

Shipstead became someone different too. A year into writing “Great Circle,” she started freelancing for Travel + Leisure, Conde Nast Traveler and other outlets that sent her to the same polar regions Graves would explore. Shipstead swam with humpback whales, learned to scuba dive and went spearfishing with chef José Andrés. Her newfound bravery (or rather her tolerance of fear) exposed her to “risk-takers who have the skills to survive and thrive in really harsh environments,” often lone-wolf types. She studied them up close, even had affairs with a few — including one she wrote about for the New York Times.

Though Shipstead never learned to fly herself (she went up in all sorts of aircraft, including a 1927-vintage Travel Air 6000, the same plane Marian cuts her teeth on), she aligned with her main character in more important ways. “I’ve become less and less domestic. I was never motivated by children but now I’m increasingly less motivated even by relationships.” She’s not sure who felt it first — character or creator. “That part of me fed that part of her. But then the more I wrote about her, the more that fed into me. It became a feedback loop.”

When Shipstead’s singlehood comes up with her friends, “They’ll say, ‘But you’re always gone,’ or ‘You’re so busy!’ It’s meant kindly, but it’s meant as an excuse and I don’t think I need an excuse.” The people she met along the way to finishing “Great Circle” taught her that solo adventuring doesn’t have to be a waiting room for “real” (as in coupled) life: “You meet more people who live their lives this way and somehow it starts to seem more attainable.”

For her next book, Shipstead will ease up on the throttle. “I’m writing something different that does not require any sort of feat,” she said. But she is still interested in testing her limits. “I’ve been trying for three years to do this really long, 270-mile hike that starts in the Swedish Arctic. I can’t explain exactly why I want to do it. I’m sure it’d be miserable, in a way.” But like Marian, Shipstead feels she has no choice. Her purpose isn’t to sit at home, safe but bored. “I really want to see things. I find myself chasing wonder, especially at the natural world. That part of me is here to stay.”