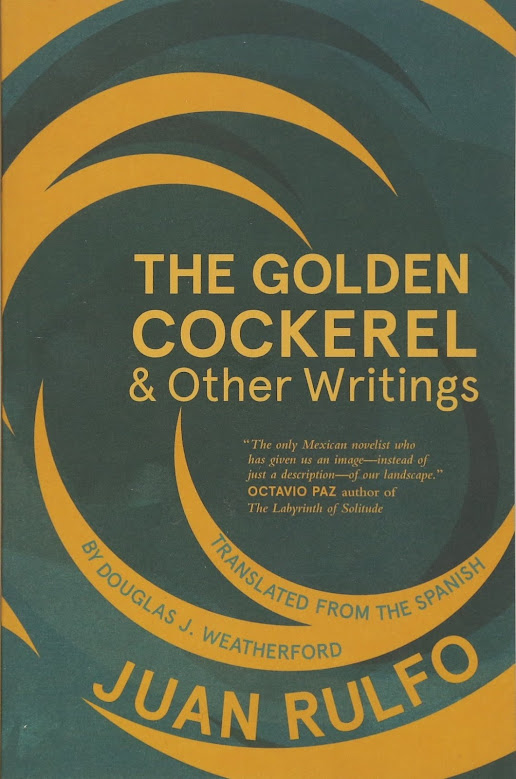 In Praise of Juan Rulfo:

On the Centenary of a Great Mexican Writer

Born in the Mexican state of Jalisco, a region acutely affected by the violence of the Mexican Revolution, Juan Rulfo (1917-1986) was an unlikely candidate to become one of his nation’s most significant writers of fiction. At six he witnessed his father’s body laid out in the family home after an assassin’s bullet took his life. He was only ten and living in a boarding school in Guadalajara when he received the delayed news that his mother had died—perhaps out of sadness—and had already been placed in the ground. If Rulfo’s familial circumstances were truncated, his academic career fared little better. He entered and abandoned a seminary, was unable to register at the university, and took a short-lived job that he despised as a foreman at one of tire-giant Goodrich-Euzkadi’s production factories. Through it all, Rulfo was nurturing a creative spirit that would burst onto the literary scene when he published a collection of short stories (The Plain in Flames, 1953) and a novel (Pedro Páramo, 1955) that would help usher in the so-called boom of Latin American literature that included Nobel laureates Gabriel García Márquez (Colombia) and Mario Vargas Llosa (Peru).

Rulfo’s rise to the top of Mexico’s literary scene in the 1950s was as startling as the writer’s silence that followed. Critics and aficionados waited for further publications that seemed never to arrive as a myth was born—never accurate—that Rulfo’s expressive output was limited to two books of fiction. The reality is more complex: Rulfo was a talented photographer, for example, and explored creative opportunities in Mexico’s film industry. Surprisingly, the author’s second novel, The Golden Cockerel, was largely overlooked when it appeared belatedly in 1980 and was misidentified as a “film text” (it was penned between 1956 and 1957 and adapted to film in 1964).

Through the years, Rulfo has emerged as one of Latin America’s most beloved and iconic writers, having created one of the more distinctive literary representations of Mexico’s land and people. The Golden Cockerel and Other Writings provides a unique opportunity to look beyond Rulfo’s established volumes. The Golden Cockerel anchors the collection, and it appears in English for the first time. This short novel revels in the world of fairs and festivals that dot the Bajío region of Mexico without succumbing to a folkloric veneration of that domain. The “other writings” of the anthology are an eclectic mix of 14 short texts, including one with a poetic structure, a travel narrative, stories not anthologized in The Plain in Flames, story-like fragments of three novels (two never published), and a letter that Rulfo wrote to his fiancee. All of these items are unique explorations that fit well into Rulfo’s literary oeuvre and often reflect the personal tragedies the author endured as a young child.

My own association with Juan Rulfo dates to the mid-1980s, only months before he died of complications associated with lung cancer. Unaware that the author was living out his illness in a modest Mexico City apartment, I asked a Mexican friend to help me pick out a book or two to take back to the States. In a small bookstore in northern Mexico, that friend pulled from the shelves The Underdogs (Los de abajo), Mariano Azuela’s classic novel of the Mexican Revolution, and Pedro Páramo by Juan Rulfo. I read both works and fell immediately in love with Mexican literature. Years later, many of the highlights of my career as a professor and researcher of Latin American literature are connected to Juan Rulfo, including the opportunity to appear in a documentary series (with the working title Juan, the Nomad… 100 Years with Rulfo) that Juan Carlos, the author’s youngest son and Sundance-award-winning filmmaker, just completed to honor his father.

The Golden Cockerel and Other Writings offers English-speaking readers the opportunity to explore one of Mexico’s greatest writers. Its release coincides with the centennial of the author’s birth in May of 1917.