The early history of aviation is full of courageous, fascinating women: Amy Johnson and Amelia Earhart are probably the best known. With the fictional Marian Graves, Maggie Shipstead creates a compelling, original heroine all her own. In this enthralling novel, Graves disappeared in 1950 while attempting to fly around the world – longitudinally, passing over both north and south poles. By that time she was, as the reader will learn, an accomplished aviator, a woman obsessed with flight since her girlhood in the wilds of Montana. She and her navigator, Eddie Bloom, vanished somewhere over the Ross ice shelf, on the very last leg of their journey, heading up towards New Zealand. 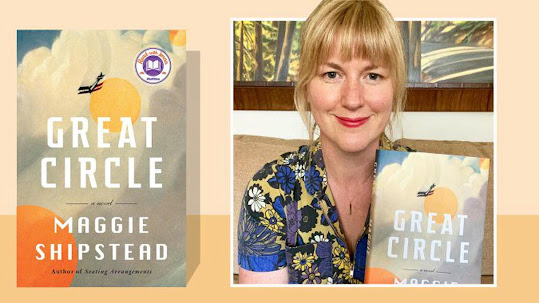 It’s no spoiler to reveal her fate, for her disappearance, described in the novel’s first pages, is the spark of Shipstead’s third novel. Her debut, Seating Arrangements, won the Dylan Thomas prize in 2012; she is also a travel writer whose journeys have taken her to both the Arctic and the Antarctic. It was on a trip to New Zealand that the idea for this book first arrived: at Auckland airport she saw a statue of Jean Batten, whose epic flights in the 1930s – she was the first person to fly solo from London to New Zealand – made history, though her name is now largely forgotten.

Yet Great Circle is more than a historical novel, and the book has more than one heroine. Running in parallel to Marian’s story is a 21st-century narrative: that of Hadley Baxter, a Hollywood ingenue who is attempting to rescue her reputation by making a film about Marian. She finds herself powerfully, unexpectedly drawn to digging out the truth of Marian’s fate. The early sections of the novel, set in 2014, are wincingly hilarious. A former child star, Hadley shoots to stratospheric fame in a series of fantasy films called Archangel (think Twilight). When Hadley starts dating her co-star, Oliver, fans swoon: when she cheats on him in public she’s unceremoniously booted off the franchise. It is Marian’s story that will allow Hadley to spread her own wings.

Shipstead deftly interweaves Marian and Hadley’s lives and draws striking parallels between their experiences, despite the time and circumstances separating them. She begins Marian’s story before she is even born in 1914, introducing us not to a little girl but to a ship, the Josephina Eterna. Marian’s ill-fated father Addison is the captain; he is as unsettled a wanderer as his daughter and her twin brother, Jamie, will be. He finds himself a wife, Annabel, whose postnatal depression is recognisable to the reader but to no one around her.

The plot of Great Circle is intricate and rich, humming like the Merlin engine of the Spitfire Marian will eventually fly. It is rare to read a novel that is as beautifully built as it is elegantly written. Sarah Waters is another writer who combines those gifts, but not many spring to mind; let’s say Barbara Kingsolver, too.

After the deaths of their parents the twins end up in Montana with their uncle Wallace, a man unfit, really, to raise children, though he does his best. Hadley is also an orphan, her parents killed when their small plane crashes, and she is raised by her uncle Mitch, who – like Wallace – is a victim of addiction. In less deft hands, all these links might come across as strained, but that is never the case here. Indeed, it would almost be possible not to notice many of the threads that weave together these two narratives, so subtly are the connections made.

If we know the conclusion of Marian’s story, however, why should we bother to read this nearly 600 page novel? Because the destination isn’t the point: rather, it’s the path one takes to get there. Marian’s obsession with flight lifts the reader into the air – and perhaps, when we’ve all been grounded for so long, the freedom we share with her is even more delicious. Shipstead conveys the swift pleasure of flying a nimble aircraft perfectly, as Marian loops through the Montana mountains the first time she takes to the sky, “flying around the valley like a marble riding the inner surface of a bowl”.

Great Circle is peopled by vivid, memorable characters whose fates intersect in ways both inevitable and shocking; whose deaths, when they come, have the blunt, heartbreaking force of truth. The book takes its epigraph from Rilke: “I live my life in widening circles / that reach out across the world.” This is a novel that expands the reader’s horizons, and is moving and surprising at every turn.