Maggie Shipstead’s exceptional third novel, Great Circle, was a vast undertaking—but the round-the-globe flight of her aviator protagonist is even more daunting.

Maggie Shipstead often finds herself in far-flung places such as Italy, Romania, the Himalayas, Antarctica and the South Pacific. Sometimes she goes just for fun, but often it’s in service of her work as a travel writer and novelist. She’s especially drawn to desolate landscapes and polar regions, though she admits that getting there poses a bit of an ethical concern. “You have to burn a lot of carbon,” the author says, “but I do think when people see [these places], they better understand [their] fragility and importance.” 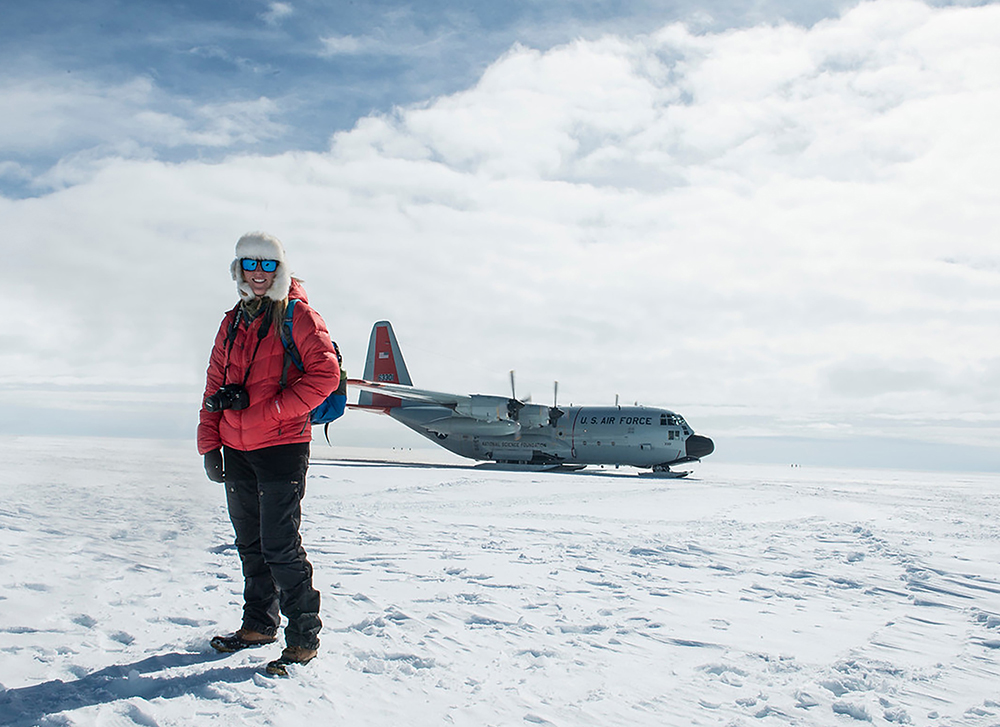 Shipstead on the Greeland ice sheet

But when we speak on the phone about her latest novel, Great Circle, she’s at home in California, her dog Gus sitting attentively by her side as she reorganizes a giant pile of books: a pandemic project. Like most of us, the bestselling author has been grounded for the last year or so, with any adventures taking place on a TV screen, in the pages of a book or in the landscape of the mind.

The good news is that Great Circle is anything but earthbound. Instead, fearless aviator Marian Graves takes readers high into the sky over the course of decades, culminating in an attempt to fly around the globe by way of the North and South poles. Over the course of her eventful life, she soars above mountains and rivers, navigating her way through personal triumphs, tragedies and treacherously opaque clouds. Every choice she makes is in pursuit of independence, seeking freedom from oppressive sexism, from the pain of World War II, from a world that tries to dictate her identity.

“I’m so happy in my little hidey-hole; why am I going to the Canadian High Arctic?”

“A life is inherently epic, and Marian’s life is epic in a more tangible way,” Shipstead says of her brilliant and intrepid pilot. Marian’s story is indeed rife with the thrill of discovery, the drama of making one’s way in a hostile world and the poignancy of loving someone without the guarantee of forever. It’s also something of a mystery, as readers learn early on that, like Amelia Earhart, obscurity and supposition surround Marian’s final flight. As Shipstead explains, disappearance and death are perceived very differently, “even though they’re often the same thing.”

Capturing and creating Marian’s life took several years, as Shipstead conducted extensive research on everything from 1920s bootlegging air routes to what it’s like to camp on an Antarctic glacier. She traveled to many of the novel’s key locations and even spent 30 seconds at the controls of a small plane. “I did not enjoy it.”

ALSO IN DRAGON: Read our starred review of Great Circle.

Great Circle was a massive undertaking: The first draft was 980 pages, comprising 300,000 words and printed on two reams of paper. Shipstead explains that her first two novels, 2012’s Seating Arrangements and 2014’s Astonish Me, were both “short stories that I tried to revise, and instead they blorped out into books. This was the first time I was like, all right, I’m starting a novel.”

Shipstead points to “a very identifiable moment” that led her to write Great Circle. At New Zealand’s Auckland Airport, she noticed a bronze statue of aviator Jean Batten, who in 1936 became the first person to fly solo from London to New Zealand. Its plaque includes a quotation from Batten—“I was destined to be a wanderer”—which inspired the novel’s opening line.

“I was at the airport feeling this bittersweet sense of failure about a project that had abandoned me,” Shipstead says, “and I was very open to some sort of spark of an idea. I’d also just had this adventurous time, was interested in adventurous lives, and it all fell into place.” 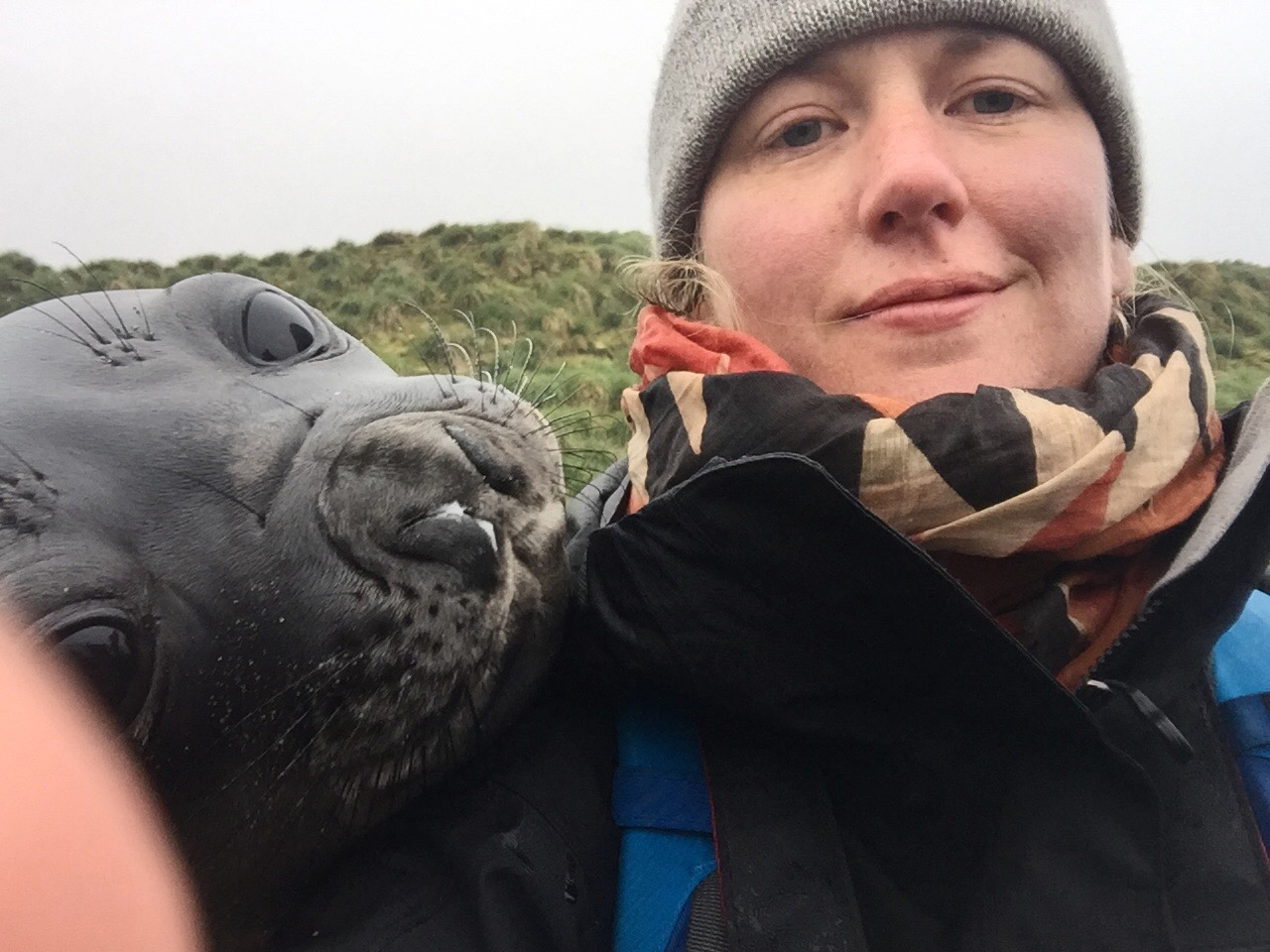 The final version of Great Circle unspools across more than 600 pages, and this expansiveness allows other richly realized characters to tell their stories, too—in particular, Marian’s twin, Jamie, and childhood friend Caleb. In a shorter book, these characters would be merely tantalizing, introduced and then banished, victims of a restrictive page count. But in Great Circle, their inner worlds add context and reveal Marian’s far-reaching impact, for better or worse.

The unspoken and undocumented parts of a historical figure’s life can create an irresistible aura of mystery for the people who, generations later, seek to understand them—especially when the figure did nearly impossible things, edging up to death or even falling over that particular cliff. Marian’s story is interspersed with scenes from 2014, when Hadley Baxter is preparing to play the aviator in an upcoming movie. The gig seems like just the thing to redirect Hadley’s career after many years as the star of a blockbuster film franchise. Ravenous press, Harvey Weinstein-esque executives and demanding fans have taken a toll as well. “They scraped away at us, made us into something ransacked and empty,” Hadley muses.

But Hadley’s celebrity allows her to grasp one of the novel’s core tenets: the truth of a life. “She knows intuitively that no one can know the truth except you, and you barely know it,” Shipstead says. “One of the purposes of her narrative was showing the game of telephone that happens, even with someone who leaves behind clues to their life.”

Hadley’s interest in Marian grows into fascination as the aviator becomes less of a role and more of a role model. And as Marian’s storyline progresses, the reader is drawn ever closer to her final flight, suffusing Great Circle with a delicious inherent tension.

“Part of what motivated me [in writing the novel] was something Marian didn’t totally understand until she embarked on this flight,” Shipstead says. “By completing a circle, in a way you’re also rendering it futile. You finish it, and you’re back where you started, and it’s also stretching out in front of you all over again. . . . Now what?”

That pull toward a huge goal, that desire that informs a lifetime of choices, is something that intrigues Shipstead. It’s a thread that runs throughout her novel, looping around various characters and drawing them toward things that are thrilling but not always advisable. “In some ways,” she says, “there’s this ambient confusion around why we do things. It’s kind of an animating life force.” She doesn’t profess to know what’s at the heart of such an impulse, so in order to write the book, she had to accept that she’d never be able to pin it down. 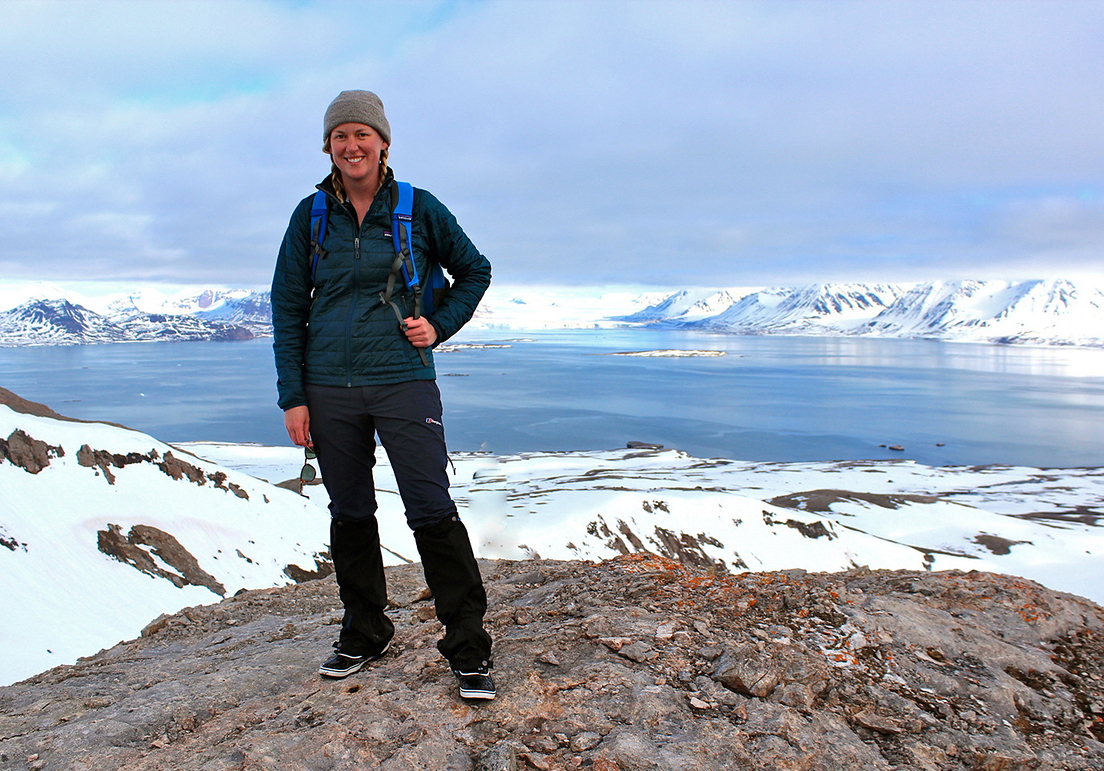 “It’s funny, because in all accounts of early female pilots that I read, the vast majority—and I’m sure it’s the same thing for men—just seemed to know that [flying] is something they had to do,” Shipstead says. “While I don’t connect with wanting to fly planes, I do connect with it in terms of travel. With every trip, I dread going, in a way. I’m so happy in my little hidey-hole; why am I going to the Canadian High Arctic? But I still feel compelled to go, and I’m always glad that I go, and of course it irreversibly changes me.”

Such impossible questions are essential to Great Circle and build to a central preoccupation: “What is the magnitude of one life? And what is the scale of one life versus the scale of this planet we live on? How much can you pack into a life, and what do you choose to make your life about?” Shipstead says, “It’s all of these questions.”

Once readers have finished Great Circle and emerged from their own hidey-holes, blinking up at the sky and imagining Marian flying above, they’ll be glad to know that Shipstead has a short story collection planned for 2022. And when it’s safe to travel, she’ll be heading off to another faraway snowy landscape: Alaska. And so the circle continues.

All photos courtesy of the author