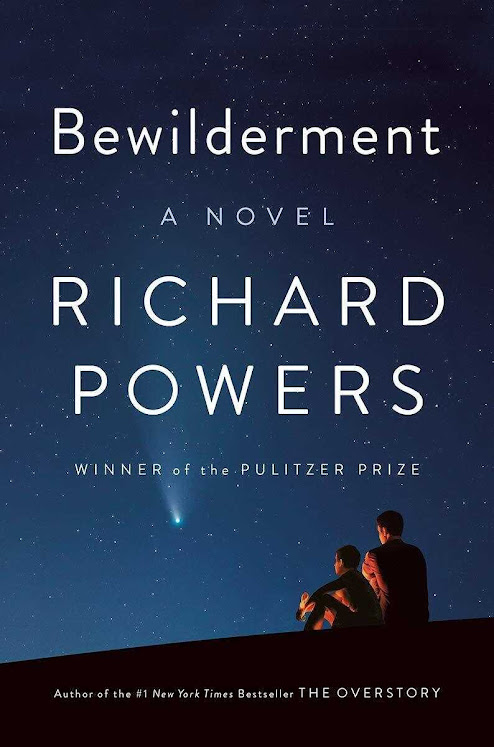 In this Booker-shortlisted story of a father and his neurodivergent son battling the harm we are doing our planet, fiction is swamped by didacticism

ichard Powers’s follow-up to 2018’s extraordinary arboreal fantasia The Overstory – as wide-ranging, brilliant and beautiful a novel as you could hope to read – is much more tightly focused, though equally environmentally engaged. 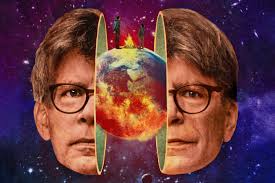 Also shortlisted for the Booker, Bewilderment concentrates on its two main characters, and their relationship. Narrator Theo Byrne is a university astrobiologist, programming simulations of life on extrasolar planets, though his job takes second place to caring for Robin, his behaviourally challenged son. Robin is mourning the death of his mother, Alys, an environmental activist, in a car crash. He is intensely focused on the natural world, and prone to violent rages when thwarted or challenged. Bullied at school, he narrowly avoids expulsion after breaking the cheekbone of another boy by hitting him with his Thermos.

“So far,” his dad notes wryly, “the votes are two Asperger’s, one probable OCD and one possible ADHD.” Theo loves his son intensely and refuses the medication regimen urged by the authorities. “He’s nine years old! His brain is still developing.” But as Robin’s behaviour becomes increasingly erratic and rageful, Theo has to do something.

Bewilderment is a much narrower piece of writing than the capacious, multi-stranded The Overstory. The knife-edge of Robin’s moods is rendered with remarkable believability and sensitivity, and the love between son and father has an emotional truth and vividness that wrings the heart. But the focus is so tightly on these two, while the larger tragedy of a world increasingly poisoned and abused is so unremittingly pushed home, that the novel becomes rather claustrophobic.

The first quarter details a wilderness trip Theo and Robin take, exploring rivers and forests and sleeping under the stars. Powers’s nature writing here is as beautifully observed and evocative as it’s ever been, and in this world Robin is happy and adjusted. But they can’t live in nature for ever. Robin must go back to school and Theo to work, and the world they return to is broken and inhospitable. We’re in a near future that, though Powers doesn’t specify, looks very like a Trumpian second term (“did you see the president’s tweet?”). Environmental collapse is accelerating, democracy is falling apart and armed private militias patrol for “unspecified foreign invaders”.

There’s not much a neurodivergent nine-year-old can do, but Robin is inspired by watching YouTube clips of Inger Alder – this novel’s Greta Thunberg, an “oval-faced girl in tight pigtails” who considers “her autism her special asset, ‘my microscope, telescope and laser put together’”. He paints pictures of endangered animals, hoping to sell them and donate the money to environmental causes. He stands outside Congress with a sign saying “HELP ME I’M DYING”. He simply doesn’t understand – and neither does his father, nor, evidently, does Richard Powers – why people can’t see how urgent our natural collapse is, why they aren’t moved to dedicating their lives to doing something about it.

The novel can be classed as science fiction, not just in its extrapolation into a dystopian future, or Theo’s detailed accounts of possible life on other planets, but because of the main story device: a technology called Decoded Neurofeedback. AI-mediated neural imaging, this enables people to “approximate” the neural structures of other people’s brains. Robin uses this technology to get closer to his dead mother’s mind – she was an early test subject on the programme and her mental landscape has been, in a slightly hand-wavey way, recorded.

In many ways the story reworks Daniel Keyes’s classic sci-fi novel Flowers For Algernon (1966), in which experimental technology enhances the mental capacity of first a mouse and then a low-IQ man. “Boy learns bliss from his dead mother,” says Theo, amazed; but if you know the Keyes story you have an inkling where Bewilderment is going.

If Bewilderment is a little suffocating, it’s not because Powers’s sense of wonder at the natural world has waned: his descriptive writing is as spacious and poetic as ever. And it’s not because the novel inhabits a tragic mode: of itself, tragedy doesn’t need to be suffocating – indeed, at its best, it is expansive and reinvigorating. But the narrowness of dramatic focus closes around the reader. Perhaps that is only fitting; perhaps we ought to feel suffocated by what is happening to our world. But activism is one thing, fiction another, and Bewilderment is unable to conceive of anyone except the wicked and the ignorant failing to join Theo and Robin in their intensity of belief.

Drama needs a little more of the old Antigone dialectic, more of that balance of conflicting forces. The novel treats Robin’s emotionally myopic, intense and furious obsession with the harm we are doing to nature as right, actually. Maybe it is. But such polemical certainty cramps the novelistic form. Powers has extraordinary gifts as a writer and there is much to admire in this book, but it doesn’t reach the heights of his previous work.