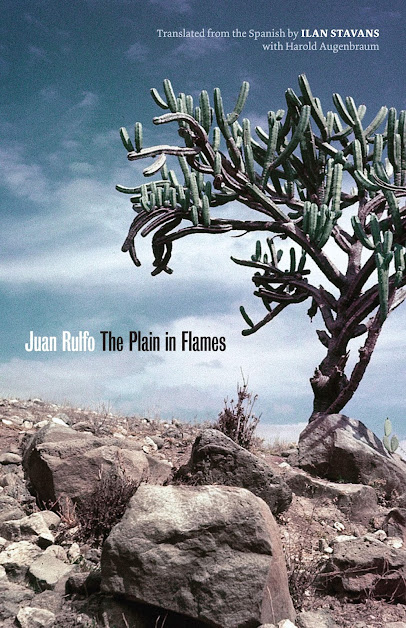 On the Centenary of a Great Mexican Writer

I first encountered The Plain in Flames when I was not yet fourteen, a teenager. At the time I was a great fan of fantastic literature. I had already read Poe, Stevenson, Huxley, and I was devouring Kafka. Our Spanish teacher had assigned Rulfo at the beginning of the school year. But I had decided to postpone the read as long as I could, as I was quite wary of school assignments and preferred to devote myself to books which I considered more interesting. One morning, however, our teacher had announced that some of our parents had complained of its immorality and demanded that the book be banned. The Plain in Flames had suddenly turned into a prohibited read—one that, for that very reason, I absolutely had to get my teeth into. That day, as soon as I got home, I ran straight to my bedroom and read “Macario,” the short story which had caused much of the fuss at school. It was a first-person account of a country boy’s life in which, with complete nonchalance, were recounted the circumstances of his abandonment and the semi-erotic relationship he had developed with his nanny, in whose bosom he would frolic every night. I couldn’t put the book down till I finished it.

In Mexico, the urban and the rural are two separate worlds segregated by many invisible barriers. When I was fourteen I used to take trips to the countryside with my parents, but always with that ever-present prudent attitude of someone venturing in uncharted territory. There I had heard those rural folks speak, though from a safe remove, and therefore I could recognize some features of that slightly different parlance, immune to time—above all, that way of saying things in whispers, that way of never spelling things out completely. The Plain in Flames furtively touched on issues which I already sensed myself: the poverty, the discrimination, the inequality rural people have always suffered. In Rulfo’s stories there were no hospitals or schools, just an expanse of land as dry as “cow skin,” where even birds of prey had a hard time finding food. They made you uncomfortable, and, as I understood it, that was their power and beauty. Don’t ever recoil from the aberrant and always confront the reader with uncomfortable truths he would rather not see—these are two lessons I learnt from that book.

As always with an author that moves me, my reaction after reading Rulfo was to reach for pen and paper and write something trying to imitate his style. But I couldn’t match even one of his sentences. His language was unique: It didn’t belong to the countryside, but it wasn’t urban either. Like Juan Preciado in Comala, Rulfo was a liminal being, he was trapped midway between the rural world where he spent his childhood and the city where he always felt a stranger—those who knew him will confirm this. By means of his language, he conjured up an interstitial space where these two irreconcilable worlds could meet. As a rule, the gateways connecting two independent dimensions are impermanent but dazzling, and that’s exactly how I would describe the two books Rulfo left to us.

—Guadalupe Nettel, author most recently of The Body Where I Was Born, now out in paperback. Text translated from Spanish by Bartolomeo Sala