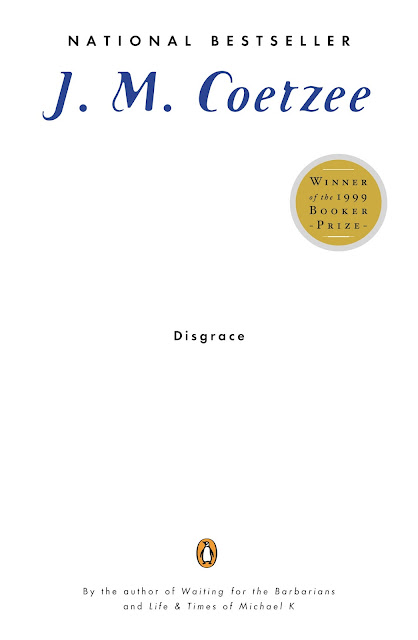 In his Booker-winning masterpiece, Coetzee’s intensely human vision infuses a fictional world that both invites and confounds political interpretation

Disgrace was a Booker prize winner in 1999, making JM Coetzee the first writer to win the trophy twice (first with Life & Times of Michael K). In 2003, he was also awarded the Nobel prize in literature. But beyond the awards, Coetzee is notable as a great South African writer who, together with Breyten Breytenbach and the late André Brink, grappled with the savage complexity of the apartheid and post-apartheid years. Coetzee also took the novel in English into new imaginative and moral territory. From his many outstanding works of fiction, Disgrace is unquestionably his masterpiece.

In an apt connection to the beginnings of the 100 best novels series nearly two years ago, Disgrace has been compared by some critics to the work of Daniel Defoe (No 2 in this series). David Lurie, on whom Coetzee visits a contemporary catalogue of humiliations, is a fairly average, twice-married, fiftysomething lecturer at a Capetown university who, accused of sexual misconduct with one of his students, chooses not to defend himself but rather to suffer his fate with a noble, slightly grumpy, stoicism. In his mind, Lurie has committed no offence; he prefers to get fired and suffer disgrace than endure a politically correct process of rehabilitation. He will not give his bien pensant academic tormentors the satisfaction they crave. “Pass sentence,” he says, “and let us get on with our lives.” He retires to the country to live with his daughter Lucy, and address the meaning of this self-inflicted injunction. It’s here that Disgrace, moving up a gear, begins seriously to engage with the aftermath of apartheid.
At first, there is hope. Country life in the eastern Cape, and Lucy’s company, seem to offer the prospect of sanity. But the conflicts of South Africa will never go away. The farm is attacked by a gang of black men, Lucy is raped, and Lurie beaten up. His daughter refuses to press charges, even though one of her assailants is a former “dog man” on the property. The novel ends on a note of utter bleakness. Lurie resolves to stay on the farm to protect his daughter, a domestic act of love by a broken man in search of redemption but almost too confused to know where to find it. Everyone, Coetzee seems to be saying, is a victim. Somewhere, the shade of Samuel Beckett must be smiling. 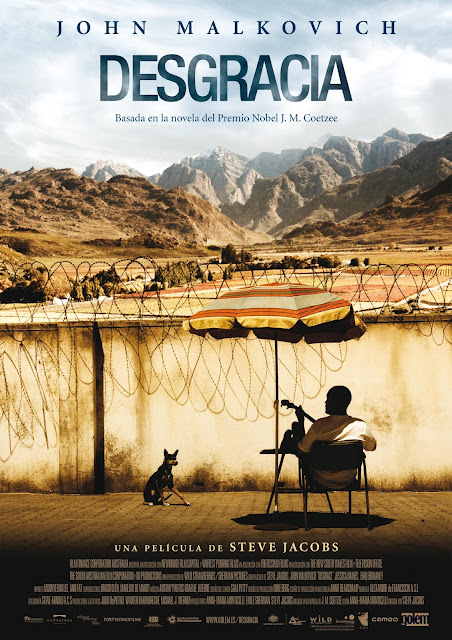 Coetzee is a writer whose scholarly literary interests can be detected, and followed, quite openly in his work. It is, indeed, instructive to see his creative journey refracted through the Anglo-American literary tradition. His first book,Dusklands (1970), is partly about Vietnam, partly a study of an Afrikaner ancestor written in the spirit of Hawthorne’s The House of Seven Gables. Later, he also studied Beckett, Ford Madox Ford and Jonathan Swift (61, 41, and 3 in this series).

Braided into this austere tapestry of influence is Coetzee’s political vision, his version of late 20th-century South Africa. Here, he is at pains to avoid the head-on political outrage of a writer such as Nadine Gordimer, a fellow Nobel laureate. Coetzee’s approach is unflinching and subtly fierce, but always much more oblique, avoiding specifics of location and landscape. First, in Waiting for the Barbarians and then in Life & Times of Michael K, he created a world that is simultaneously African but also universal. Coetzee’s vision made a sharp, original commentary on the South Africa of apartheid, but it also explored the human condition with a bleak, dispassionate sympathy that many readers have found unforgettable.
Disgrace, published on the eve of the millennium, is more apparently rooted in a southern African context of “truth and reconciliation”. On closer examination, however, its focus is almost exclusively on Lurie and his crisis, addressing the urgency of his sexual needs in an opening sentence of quasi-documentary simplicity: “For a man of his age, fifty-two, divorced, he has, to his mind, solved the problem of sex rather well.” For the next 218 pages (in the British edition) the reader never leaves Lurie’s head, any more than we leave Robinson Crusoe’s in Defoe’s masterpiece.
But Coetzee is a writer of his time, too. Later in Disgrace, echoing Beckett, Lurie will insist on his identity as a man in a world where even language, the tool of his trade, can no longer be trusted. “Only the monosyllables can still be relied on,” he declares at one point, “and not even all of them.” What is remarkable about Coetzee’s vision as a novelist is that it remains intensely human, rooted in common experience and replete with failure, doubt and frustration. As the critic Adam Mars-Jones wrote in his Guardian review of Disgrace on its publication in July 1999, “any novel set in post-apartheid South Africa is fated to be read as a political portrait, but the fascination of Disgrace is the way it both encourages and contests such a reading by holding extreme alternatives in tension. Salvation, ruin.”
This highly perceptive and specific judgment was echoed, more loosely, by other reviews. For the Times, Disgrace was “a great novel by one of the finest authors writing in the English language today”. For the Independent, “Coetzee’s prose is chaste and lyrical – it is a relief to encounter writing as quietly stylish as this.” TheSunday Telegraph, alluding to Conrad (32 in this series), declared rather loftily that “the journey to a heart of narrative darkness has become a safe literary destination, almost a cliché”. However, the review went on, “Disgrace goes beyond this to explore the furthest reaches of what it means to be human; it is at the frontier of world literature.”
When Coetzee became the first writer, later followed by Peter Carey (True History of the Kelly Gang) and Hilary Mantel (Wolf Hall), to win the Booker prize twice, he declined to attend the presentation dinner. He is, thankfully, too serious about his work to be bothered by such distractions.