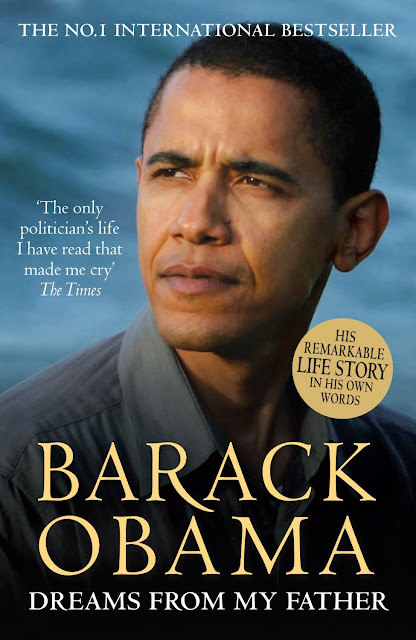 Dreams from My Father

This remarkably candid memoir from the then junior senator of Illinois revealed not only a literary talent, but a force that would change the face of US politics for ever

n the run-up to the 2008 US presidential election, that rollercoaster primary season in which Hillary Clinton was expected to play a starring, and possibly triumphant, role, I was commissioned by the Observer to review the campaign biographies of the principal Democratic and Republican contenders, a slate of candidates that ran the gamut of implausibility from John McCain and Mitt Romney to John Kerry, John Edwards and Joe Biden. Dismal as these politicians appeared to be on the campaign trail, their collected works made an even sorrier catalogue. All the books under review turned out to be either ghosted by party hacks, or “As told to”. Every last one of them was a farrago of wonkishness, insincerity, and cliche, polemical half-truths and bits of old stump speeches, mashed-up press releases and policy statements, reheated for popular consumption in some of the dullest American prose imaginable. Was it possible that none of the candidates had even read these books, let alone written them?
There was, however, an exception, a shaft of clarity and brilliance in the prevailing murk. One of the Democratic outsiders, the junior senator from the state of Illinois, a certain Barack Obama, had not only written his own book some years before, he had also executed an affecting personal memoir with grace and style, narrating an enthralling story with honesty, elegance and wit, as well as an instinctive gift for storytelling. 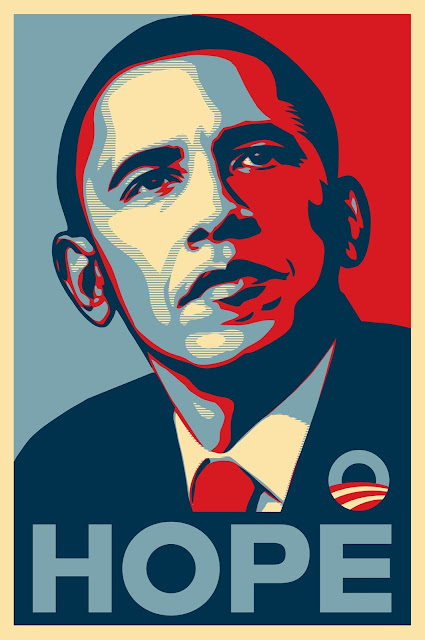 From his opening line, “A few months after my twenty-first birthday, a stranger called to give me the news…”, it was clear that Dreams from My Father was something special. It had a voice, and an unmistakable authority. Indeed, at the point at which I picked it up, Obama’s memoir had been published for about 12 years, and was belatedly becoming a US bestseller on the rising tide of support for the candidate’s winning and optimistic “Yes We Can” campaign.
Back in 2007, among many millions, I had never heard of Barack Obama, though I was vaguely aware that he had made an electrifying speech at the 2004 Democratic party convention. Now, not only did I begin to follow his campaign, I suggested in the Observer that a presidential candidate with such literary and rhetorical gifts deserved to be in the White House, and predicted that, against the odds, he might prevail. Anyway, a year later, it had all come to pass. Hillary Clinton (shades of 2016) had been passed over by the voters. “Yes We Can” had become “Yes We Did”.
The story narrated in Dreams from My Father is every bit as remarkable as Obama’s rise to power, and displays an acute sensitivity to the persistent trauma of the American political settlement: race. This is the issue that had troubled Thomas Jefferson, as he once put it, “like a fire bell in the night”, and it becomes Obama’s starting point. As an African American, Obama declares an ambition to “speak in some way to the fissures of race that have characterised the American experience”. Race, for many, remains one of the most contentious issues in contemporary America. Obama’s presidency has been haunted by race relations. His own occasionally uncertain response demonstrates how difficult a subject it remains.

Beyond this, Dreams from My Father is a remarkably candid portrait of a young man facing up to the big questions of identity and belonging. As the son of a black African father from Kenya, and a white American mother from Wichita, Kansas, the young Obama had to make a crucial psychological odyssey, fraught with many conflicting emotions. At first, he traces the movement of his mother’s family from Kansas to Hawaii, and thence to Indonesia. One of the many distinctive qualities to the book is Obama’s natural and fearless way with dialogue. He animates countless scenes between his young self, his mother and his grandparents with scraps of well-remembered, or possibly well-imagined, conversation that give the narrative a delightful informality.
As the book grows in confidence, young “Barry” finally travels to Kenya to address the painful truth of “the old man”, his father’s life, and become reconciled to his inheritance as an American of African heritage. Once his parents divorced, he was on his own. “In an improbably short span,” he writes, “it seems that my father fell under the same spell as my mother and her parents; and for the first six years of my life, even as that spell was broken and the worlds that they thought they’d left behind reclaimed each of them, I occupied the place where their dreams had been.” Here he movingly evokes his “troubled heart – the mixed blood, the divided soul, the ghostly image of the tragic mulatto trapped between two worlds”.

It is, he repeats, an attempt at “an honest account of a particular province of my life”. As “a boy’s search for his father” there is inevitably less of a focus on Obama’s mother, Ann Dunham. Her absence is perhaps the most telling feature of Obama’s recollections, raising many questions about his relationship to the American component of his identity equation.
Many commentators have rhapsodised over Dreams from My Father. Toni Morrison was one of the first to recognise “his ability to reflect on this extraordinary mesh of experiences that he has had, some familiar and some not, and to really meditate on that the way he does, and to set up scenes in narrative structure, dialogue, conversation – all of these things that you don’t often see, obviously, in the routine political memoir biography....” She concludes, powerfully: “It’s unique. It’s his. There are no other ones like that.”
More prosaic, according to Time magazine, Dreams from My Father is “the best-written memoir ever produced by an American politician”. In the New York Times,Michiko Kakutani described the memoir as “the most evocative, lyrical and candid autobiography written by a future president”. At the end of his time in office, it certainly raises many expectations for the retired Barack Obama’s presidential autobiography. The Personal Memoirs of Ulysses S Grant remains a hard act to follow.

“We hold these truths to be self-evident. In those words, I hear the spirit of Douglass and Delany, as well as Jefferson and Lincoln; the struggles of Martin and Malcolm and unheralded marchers to bring these words to life.”