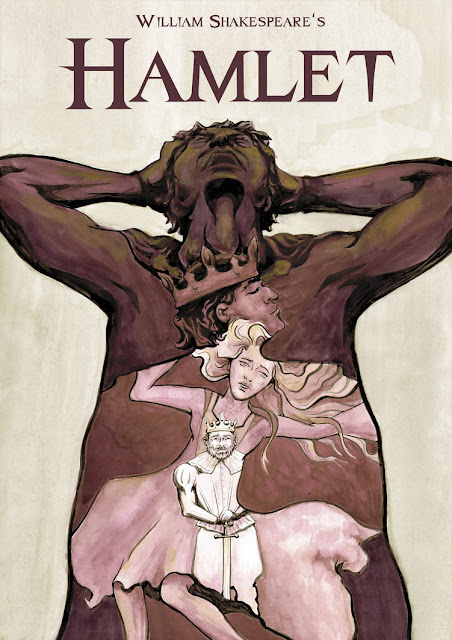 
From George RR Martin to Umberto Eco, many writers have been inspired by stories of the middle ages. Here are some of the best

How far do hit television series such as HBO’s Game of Thrones and the BBC’s recent The Last Kingdom reflect the real medieval worlds of early (and late) medieval Europe and Asia, or of Anglo-Saxon England? The answer, as I found when I was researching the parallels between Game of Thrones and the medieval world for my new book, is: to a surprising degree. Both the show and the book sequence on which it’s based, George RR Martin’s A Song of Ice and Fire, reflect very closely the cultures, beliefs and practices of this era. From the Mongols to the Vikings, from the Mediterranean trading ports to the Celtic lake-dwelling tribes, Martin’s imagined world brings the medieval vividly to life.

As a teacher of medieval texts to university students, I welcome with open arms young people whose imaginations have already been fired by the work of JRR Tolkien, TH White, Bernard Cornwell and now GRR Martin. For knowing about the cultures of Tolkien’s Middle-earth, or about White’s Merlin (who lived his life backwards and who taught his young charge Wart how to be King Arthur), or about the turbulent conditions of the reign of Alfred the Great, opens minds up to the Old English epic Beowulf, the novel-like Norse sagas, the social comedy of Geoffrey Chaucer and the skilful plotting of Sir Gawain and the Green Knight.
These authors were by no means the first to look back to the middle ages and rewrite them for contemporary readers. The medieval period has always captured the imagination, with its tales of gallant knights and lovely ladies, its dauntless warriors and brutal barbarians. Here are my top 10 rewritings of medieval tales and traditions, each making strategic use of the middle ages to think about how people are living their lives now.
1. Hamlet by William Shakespeare (first performed 1600)
A retelling of the travails of a Danish prince, first recorded by the monk Saxo Grammaticus around 1200, Shakespeare’s Hamlet is the epitome of the early modern man, a philosopher prince who cannot easily reconcile himself to the traditional codes of vengeance and warfare. Where Saxo’s Hamlet pretended to be mad in order to lay his plans for revenge against his uncle and successfully carried them out, Shakespeare’s retelling shows how the modern intellectual struggles to discover the truth, in the still-medieval world of the Danish court.
2. Ivanhoe by Sir Walter Scott (1820)
The most influential novel in the 19th century’s rediscovery of the middle ages. Ivanhoe tells of the fortunes of an old Anglo-Saxon family who have lost their fortune under the Norman dynasty. Romanticising the Crusades, King Richard Lionheart and containing an early appearance in literary writing by Robin Hood, Scott’s vision changed the way the early medieval world was regarded in Victorian times, influencing Tennyson and William Morris as well as the pre-Raphaelites Dante Gabriel Rossetti and Edward Burne-Jones.
3. A Connecticut Yankee at King Arthur’s Court by Mark Twain (1889)
Twain was writing in response to the medievalism of the high Victorian age, once Tennyson’s Arthurian characters had become household names. In his comic, satirical tale, a practical modern American time-travels to Arthur’s court, where he thoroughly critiques the so-called “romance of chivalry”. The Yankee debunks Merlin’s magic, probes into the discomfort of riding horses in full plate armour and replaces chargers with bicycles. But by the novel’s end, in an eerie anticipation of the battlefields of the first world war, the flower of Camelot has brutally perished, fatally entangled in rolls of barbed wire and mown down by the Yankee’s guns.
4. Kristin Lavransdatter trilogy by Sigrid Undset (1920-22)
A wonderfully realised biography of a woman’s life in medieval Norway. We first meet Kristin as a little red-cheeked girl, her father’s favourite, follow her through the delirium of first love, the long haul of marriage and the sorrows of child-bearing and rearing. Kristin lives a good distance from the capital, but the complex politics of medieval Scandinavia profoundly affect her life and the fortunes of those she loves, and her female perspective reflects Undset’s own sense of the possibilities open to women in early 20th-century Norway.
5. The Happy Warriors by Halldór Laxness (1952)Iceland’s Nobel prize-winning author Laxness offers a wonderfully wry look at the ethos of Iceland’s famous sagas. Based on the medieval Saga of the Sworn Brothers, The Happy Warriors reveals with terrific comic aplomb the ridiculousness of heroic masculinity and its honour codes. One character is a poet, the other a psychopath, and the women that they meet have more sense than either of them. A new translation, Wayward Heroes, from Philip Roughton, is due in September 2016.
6. Grendel by John Gardner (1971)
I read this novel when I was first studying Beowulf, and it’s stayed with me. Grendel represents the outcast monster’s view of the warriors and the hall from which he is excluded. Living in the dismal cave below the mere with his mute and savage mother, Grendel’s only confidant is a dragon, whose fatalistic philosophy is of no help in resolving his existential problems. The author makes thoughtful use of the Old English epic to explore exactly what it is that distinguishes humans from monsters. 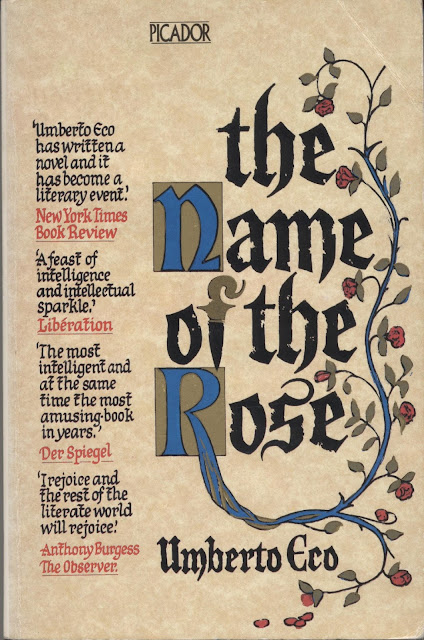 7. The Name of the Rose by Umberto Eco (1980)This dazzling first novel has brilliant plotting and witty in-jokes (its hero – played by Sean Connery in the film version – is William of Baskerville in a nod to the great detective), combined with a profound understanding of medieval intellectual history. How might medieval – and, indeed, our own culture – have been different if Aristotle’s lost second book of the Poetics, exploring the importance of comedy, had survived? Vividly explaining the primary political and theological questions of the 13th century, the novel finds a kind of sequel in Baudolino (2000), but it’s this one that I regularly reread. 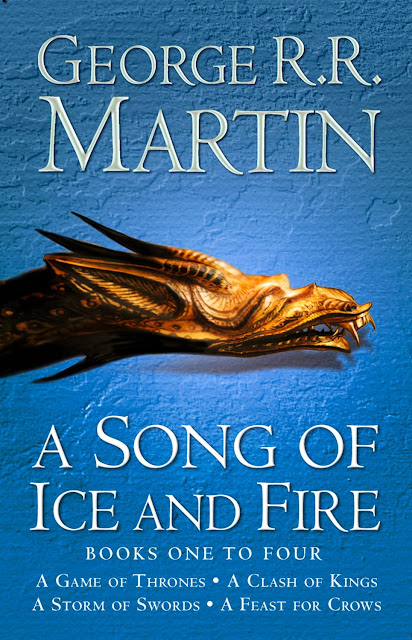 8. A Song of Ice and Fire by George RR Martin (1991-)The great fantasy sequence of the 21st century, Martin’s series is rooted in a world that is largely that of medieval Europe and Asia, with added dragons, giants, supernatural ice monsters and the undead. Martin has thought long and hard about such topics as the medieval banking system, the success of Mongol horse-lords, the nature of chivalry, the limitations of queenship, and the organisation of military forces, in his exploration of medieval power politics in a world where magic finds a role.
9. The Leper’s Companions by Julia Blackburn (2000)This is a slender fable about a village where a mermaid washes up on the beach, then vanishes, and where a leper persuades many of the villagers to make a pilgrimage with him to Jerusalem. Drawing on medieval pilgrim accounts, folkloric beliefs about mermaids, and meditating deeply on the human condition when stripped down to its barest form, this is beautifully written and vividly imagined.
10. The Wake by Paul Kingsnorth (2014)
Anglo-Saxon scholars either love or hate Kingsnorth’s evocation of the shocking horrors brought about by the imposition of Norman rule on the fenlands of eastern England. In ironic dialogue with the legend of the English resistance hero Hereward the Wake, it is written in a reimagined language which, almost without exception, uses only words that occurred in Old English. Buccmaster, the book’s protagonist, turns back to the old gods when his life is shattered; but his rage renders him as monstrous as his antagonists.
THE GUARDIAN