Grace Paley / A brief survey of the short story

A brief survey of the short story part 10

The late Grace Paley's multi-layered evocations of New York seethe with the beautiful, twisting complexities of that never-sleeping city 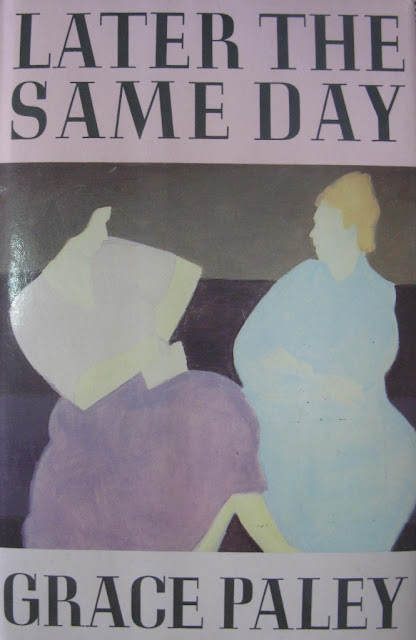 In my teens I had a poster print of Edward Burra's Harlem pinned to my wall. A street scene painted in 1934, its subjects were the bohemians of the Harlem Renaissance. Born in New York's Lower East Side in 1922, the youngest daughter of Russian Jewish immigrant parents, Grace Paley was, at the time Burra painted Harlem, living a few blocks north in the Bronx, which was then a middle-class Jewish neighbourhood.
The reason I mention the painting is that Paley's stories, bulging with life, constantly made me think of it - certainly her work has no exact literary equivalent, despite passing similarities to Malamud and her friend and neighbour Donald Barthelme, among others. Burra's painting, like a Pieter Breugel peasant scene, seems to consist of a multiplicity of narratives all taking place at once, and so does Paley's strange, raucous NYC, wherein even those stories that don't feature recurring characters seem to be taking place just around the corner from one another, or on another floor of the same apartment building.
"Art is too long, and life is too short," Paley said when asked why so much time elapsed between her books. "There's a lot more to do in life than just writing." While this attitude resulted in Paley, who died in August 2007, publishing just three dedicated story collections between 1959 and 1985, it also gave her the wherewithal to create a body of work the expansiveness of which is at odds with its parochial setting and recurrent themes.
Nearly all of Paley's stories take place in the Bronx and, latterly, Greenwich Village. Margalit Fox, the New York Times obituarist, wrote that "her work was about what happened to the women that Roth and Bellow and Malamud's men had loved and left behind", but this judgement ignores the fact that Paley wrote of and also from the male perspective with great wit and insight. A feminist who loved men and, in her own words, a "combative pacifist", Paley's stories tend to be political by implication. Indeed, even at her most forthright she seems to take a perverse pleasure in questioning the sometimes smug certainties of those characters who share most in common with her own political positions.
A good example of this trait is provided by the story Zagrowsky Tells, from the 1985 collection Later the Same Day. If Paley's first collection was a celebration of messy, painful, fecund life, her joy toughened by the hard-knock sensibility of a single mother of two, by the mid-80s her pronounced humanism had become beset with a frequently undefined anxiety. Zagrowsky Tells features Paley's most frequently returned-to character, Faith Darwin (her name fittingly dialectical, given her creator's lifelong socialist beliefs, and of whom it is difficult to accept Paley's denial that she was her alter ego), in conversation with the now elderly Zagrowsky, the neighbourhood chemist and resident bigot.
The story is told from the point of view of Zagrowsky, who has a black grandson by way of his institutionalised daughter. This irony sparks Faith to remind him of past racist attitudes. Rather than have the old man repent, he sticks to his guns. He rails against her for having picketed his shop, and justifies his racism to himself. As for his love for his grandson, he says, "A person looks at my Emanuel and says, Hey! He's not altogether from the white race, what's going on? I'll tell you what: life is going on. You have an opinion, I have an opinion. Life don't have no opinion."
This is Paley at her finest: engaging with life's disorderliness in free-flowing, conversational prose ("this is prose meant to be read aloud, as an expression of 'voice', not a resolution of plot", writes Joyce Carol Oates), and never quite leading where one expects. Paley offers her own explanation of this characteristic of her work in A Conversation with My Father:
"'I would like you to write a simple story just once more,' he says, 'the kind Maupassant wrote, or Chekhov, the kind you used to write. Just recognisable people and then write down what happened to them next.'
"I say 'Yes, why not? That's possible.' I want to please him, though I don't remember writing that way. I would like to try to tell such a story, if he means the kind that begins: 'There was a woman...' followed by plot, the absolute line between two points which I've always despised. Not for literary reasons, but because it takes all hope away. Everyone, real or invented, deserves the destiny of open life."
This regard for her creations, for the inviolability of their freedom, is what instills her best stories with their air of potential. "None of it happened, and yet every word of it is true," Paley once said of her fiction, which seems to me as good a manifesto for storytelling as one could hope to hear.

Email ThisBlogThis!Share to TwitterShare to FacebookShare to Pinterest
Labels: A brief survey of the short story, Chris Power, Grace Paley