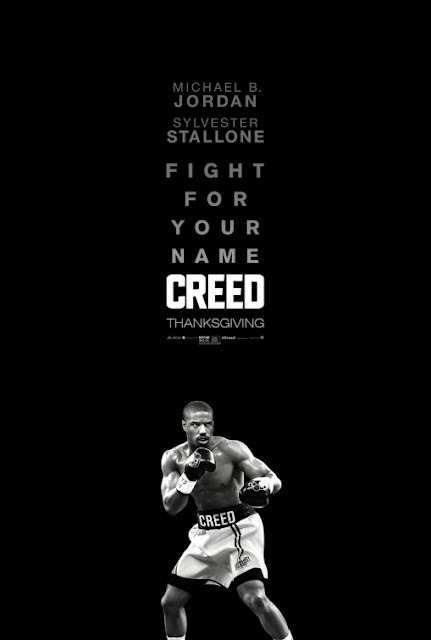 The end is original and exciting, but whether you want to put yourself through the ponderous rest of the movie depends on how much you like punishment


In Rocky III, Sylvester Stallone’s Italian Stallion devises a strategy to defeat Mr T’s Clubber Lang. He endures a devastating beating in the earlier rounds, which frustrates and exhausts his opponent. Just when he can take no more, Rocky springs to action at the end, and with powerful, dextrous blows, he finally knocks the baddie on his ear. Creed, the seventh film in the Rocky series, but the first neither written nor directed by Stallone, works in a similar manner. Its opening act is staggering in its inelegance, but the film keeps pounding through the predictable set-up and storyline until finally, when you think it can fight no longer and will have to throw in the towel, it charges back with some scenes of originality, pathos and, in ever-so-swift jabs, excitement. If you want to put yourself through this punishment, it’s probable you’ll come out the other end finding some merit.

While very much a two-hander, we don’t even see legendary Philadelphia bruiser Rocky Balboa until the 20-minute mark. Our lead is Adonis Johnson, played with great confidence by Michael B Jordan, re-teaming with director Ryan Coogler, with whom he made the vastly superior Fruitvale Station (newcomer Aaron Covington shares writing duties with Coogler). Johnson, an orphan in and out of juvie and group homes, was rescued at the age of 10 by Mary Anne Creed (Phylicia Rashad), the widow of Rocky’s friend, foe and canvas soulmate, Apollo Creed. It turns out this lonely boy, prone to getting into scrapes, is the result of Creed’s marital infidelity, and is fated for greatness.
Mary Ann raises Adonis (called Donnie) in great wealth and, when he comes of age, he’s working in the financial sector in Los Angeles by day, but sneaking to a boxing circuit in Tijuana by night. Though it means breaking his adopted mother’s heart, he decides to find his destiny and look for a trainer who knows how to mould him. He comes to Philadelphia, looking for Rocky. 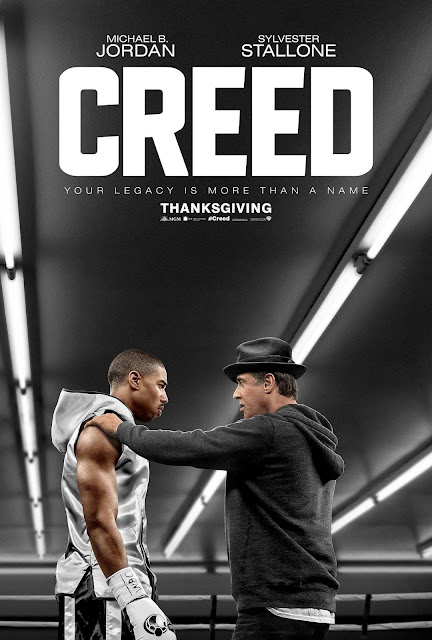 But Rocky has put boxing behind him, since his wife Adrian and his best pal Paulie have both died. But Donnie’s tenacity eventually wins him over, and, at the 45-minute mark, we’re treated to our first of several training montages, as Rocky agrees to take Donnie under his wing.
So much of what made the first Rocky film a success was rooting for the gentle giant who slurped raw eggs, reluctantly broke thumbs for the mob and was sweet on the socially awkward girl from the pet store. Man, that Rocky, he sure was a character. Donnie, as written, really isn’t all that interesting. He’s a kid with drive, but wrapped up in a lot of vague “I must reclaim my name” psychology. Far more interesting is neighbourhood girl Bianca (Tessa Thompson), a kind, earthy musician suffering from progressive hearing loss. (Her hearing aid is a throwback to the one Rocky’s old trainer Mickey wore.)

Bianca isn’t the only one with physical woes. It’s during a late-night spar that Rocky topples over, races to the hospital and learns that he has cancer. As a widower with all of life’s trophies behind him, Rocky declines treatment – but you know that decision isn’t going to last. “You fight, I’ll fight,” he agrees, and as Donnie hits the heavy bag, Rocky kneels over the bowl, vomiting from chemotherapy.


Donnie’s big shot is an out-of-nowhere dream, a mirror of what his father offered the unknown Italian Stallion in the first film. This time the title holder is a nasty, hot-headed Englishman (boooo!) named Ricky Conlan (Tony Bellew). Conlan can’t even be in the same room with a challenger without throwing punches, but he wants to end his career with one more big win. When word gets out that Donnie is a long-lost Creed, it makes for the perfect showdown. And what better way for an old white man and young black man to join forces in these racially troubled times than in a symbolic recreation of the American revolution? (No offence to the British ticket-buyers, I’m sure.)
The family that emerges between Donnie, Rocky (whom Donnie calls “Unc”) and Bianca is a portrait of working-class sweetness. They live humbly and eat ice cream on a worn couch under a ratty blanket. Stallone’s self-deprecating humour is better than ever now that he has achieved complete sagaciousness, with the real-life Philadelphia statue of Rocky making an in-world cameo. The script may feature numerous wobbly passages in which everyone eerily states precisely what they are thinking (an unfortunate tradition that runs throughout the series) but if anyone can sell it, it’s Stallone and Jordan.


The big fight (and a shorter one beforehand) is indeed quite intense, mixing brutal hits and elegantly choreographed long takes. No, it’s not Raging Bull, but boxing once again proves to be the most cinematic of sports. It’s just unfortunate that so much of the lead-up is painfully hackneyed and overwritten. There are numerous cuts to television talking heads, awkward freeze-frames with printed stats, and endless chatter during the bout. The acting is good enough on its own and the material is hardly that complex. We do not need the yammering voice of God to express what Donnie and Rocky must be feeling with each landed blow.
Even more embarrassing is when the drama screeches to a halt after the match, as an interviewer shoves a microphone in our duo’s faces so they can tidy up their character arcs. In the original, this exact moment led to Rocky ignoring public spectacle for private drama, bellowing “Adrian!!!” from deep within his heart. With this one it sounds as if he’s telegraphing studio notes.
There’s an interesting theme in the film, in which Donnie puts aside his desire to do everything on his own as a Johnson and accepts the legacy of being a Creed. It’s as if Coogler realises there’s only so much he can accomplish with this story without settling into the groove established back in 1976. It’s not a knock against him; it’s when he’s harmonising with the past that the film works best. But Coogler is selective with his memories. Art museum steps – yes; slabs of frozen beef – no. Does Bill Conti’s triumphant theme make it onto the score? I’ll leave it to you to make the wager. My overall assessment of Creed is something of a split-decision, but there are a few instances where it’s a knockout.

Posted by Ficciones at Saturday, February 27, 2016