VS Pritchett / A brief survery of the short story 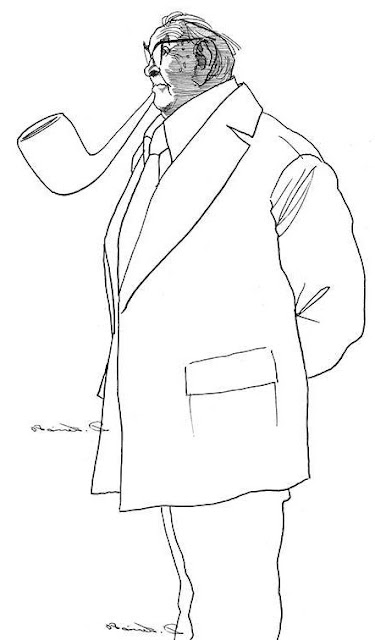 A brief survey of the short story part 9:

The prolific VS Pritchett captured the extraordinary strangeness ordinary life - but who remembers him today?

Chris Power
Friday 22 February 2008 17.15 GMT
Victor Sawdon Pritchett, or VSP, as he preferred to be known (he loathed his Christian name), exemplifies the gap that can yawn between reputation and readership. Hugely productive throughout his 97-year life as a short story writer, essayist, biographer, autobiographer and novelist, he is little read just 11 years after his death.

In his short fiction Pritchett is one of the English writers who most clearly exhibits the mark of Chekhov's influence. The significance the Russian placed on the commonplace thing and apparently incidental aside is there, as is the deceptively simple expression of complex emotional processes. But the chief Chekhovian element which Pritchett makes his own is the way he subsumes himself within the story. To borrow from drama, Pritchett should be seen, not as a director with a signature style, but as an actor with the ability to lose himself entirely in whatever role he is playing. His stories situate the reader in direct relation to their characters, with little or no authorial filter between them.
It would be carelessly hyperbolic to say that opening his Complete Collected Stories at any of its 1,200 pages turns up literary gold. But even filleting away the weaker pieces leaves a corpus of impressive size, and in it will be found some of the best English language short stories of the last hundred years.
Pritchett's father, a Christian Scientist and perennial bankrupt, took his academically eager son out of Dulwich College at 16 and sent him to work in the leather tanning workshops of Bermondsey. This had much the same effect on Pritchett's artistic development as the blacking factory did for Dickens, to whom his writing is often compared. Pritchett argued with HG Wells over whether working-class characters could ever be presented in anything other than essentially comic terms, the latter averring that they could not. Wells's position seems absurd today, but even were it not, Pritchett's stories would put the matter beyond doubt.
Pritchett is essentially a comic writer, but he employs this style to very serious effect. Reading him, laughter and pathos dovetail in a manner that captures the tang of reality. This sense of the real is augmented, paradoxically, by a readiness to embrace the unusual, and even the surreal.
These crosswinds of the humorous, the grave and the unexpected are all present in Pritchett's own favourite among his stories, When My Girl Comes Home, in which, following the end of the second world war, a family reappraises their situation when one of their number, Hilda, returns from an internment camp. The story is remarkable for the depth and variety of its psychological perceptions (not least its debunking of the stoical forbearance associated with the immediate post-war period). But its chief strengths are those flashes of arresting oddity that irrupt into its humdrum procession of crowded front rooms, sweaty dancehalls and innumerable cups of tea. At one point Hilda's uncle discusses the letters he sent halfway around the world to locate her:
"'I wrote to Bombay,' said Mr Fulmino.
'He wrote to Singapore,' said Mrs Fulmino.
Mr Fulmino drank some tea, wiped his lips and became geography."
Enquiring after a map to try and locate where Hilda might be, Mr Fulmino's attitude "suggested that his niece was a secret fortification somewhere east of Suez". When her mother dies, Hilda describes her final cry as sounding "like a man selling papers". This is a phrase of rare brilliance, at once believable, poetic and indelible, that any writer would be proud to call their own.
Perhaps because of his movement (by marriage) up the class ladder when social mobility was a more fraught affair, Pritchett is very good on the idea of the constructed self. Some of his characters are presented more as collisions of outward perceptions than anything else. Snapped at by a testy nurse, Beale, a patient nervously awaiting an x-ray, "makes a noise that is Beale"; in The Last Throw we are presented with "the fit of dry coughing that contained Chatterton", while in The Fall "the fragments called Peacock" coalesce into a chartered accountant's persona.
This 1961 story, more succinctly than any other, showcases Pritchett at his funny, moving, cruel, and engagingly strange best. At an accountants' annual dinner Peacock, ashamed of his family's humble origins and secretly proud of his elder brother's success as a film star, becomes obsessed with showing his colleagues how to execute a stage fall without injury. Even as the absurd humour of Peacock's incessant pratfalling reaches its peak, the simple circumstance of a drunk man embarrassing himself in front of his peers becomes agonisingly plain. At the story's conclusion, with the now solitary Peacock repeatedly throwing himself to the floor beneath a portrait of Queen Victoria, Pritchett executes a memorable leap into the unexpected as the drapes behind the painting rise to reveal "a dark, packed and restless auditorium... There was dense applause." If Pritchett had written only this he would be worthy of attention. Finding it nestled with so many other superb stories is an argument for greatness.

Posted by Ficciones at Thursday, February 04, 2016

Email ThisBlogThis!Share to TwitterShare to FacebookShare to Pinterest
Labels: A brief survey of the short story, Chris Power, VS Pritchett, Writers