Touch of Evil / No 2 best crime film of all time 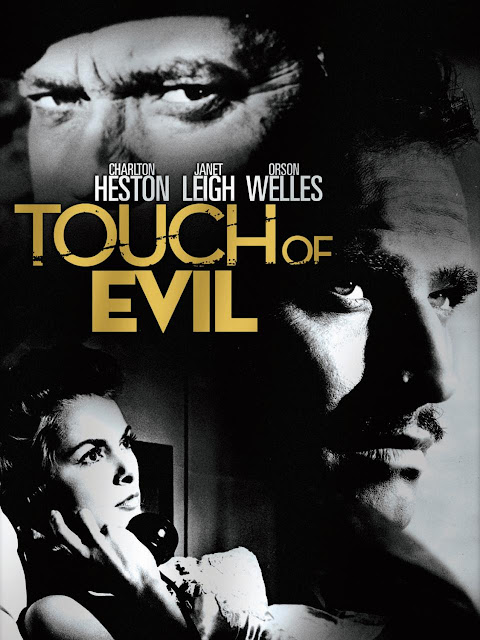 Touch of Evil: No 2 best crime film of all time

In the novel Badge of Evil by Whit Masterson – the source material for this movie – the hero is an American with a Mexican wife (in a marriage that is nine years old). It was Orson Welles who flipped the racial mix, and made the marriage brand new. Welles intended a story of three frontiers: the rancid Mexican-American border; the way a good detective becomes a bad cop; and a provocation on interracial sexuality. To be sure, it's a recognisable Charlton Heston in makeup as Mike Vargas, with Janet Leigh as his Susie – but in 1958, that bond disturbed a lot of viewers. Moreover, the overtone of honeymoon is a wicked set-up for threats of rape. Will the horrendous border scum get to Susie before Mike? If you doubt that suggestiveness, just notice how the car bomb explodes as the honeymooners are ready to enjoy their first kiss on American soil. This is a crime picture in which coitus interruptus has to be listed with all the other charges. 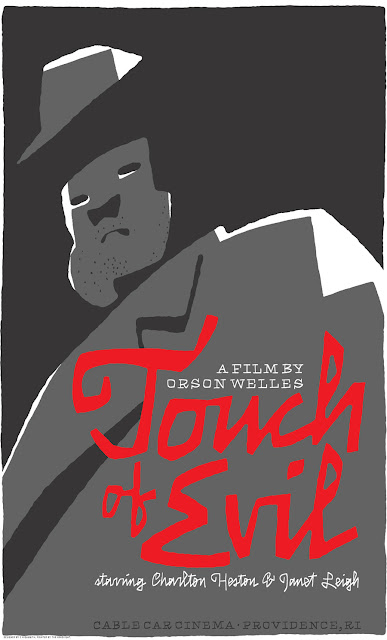 Metaphorically and cinematically, it's a picture about crossing over – in one sumptuous camera set-up we track the characters over the border. That shot is famous, but it's no richer than the single set-up in a cramped motel suite that proves how Hank Quinlan (Welles himself) plants dynamite on the man he intends to frame. These scenes were a way for Welles to say, "I'm as good as ever", but they are also crucial to the uneasiness that runs through the picture and the gloating panorama of an unwholesome society. The aura of crime has seeped into every cell of ordinary behaviour: the city officials are corrupt; the night man (Dennis Weaver) needs a rest home; and the gang that come to the motel to get Susie are one of the first warnings of drugs in American movies. Not least, of course, Quinlan – a sheriff gone to hell on candy-bars. 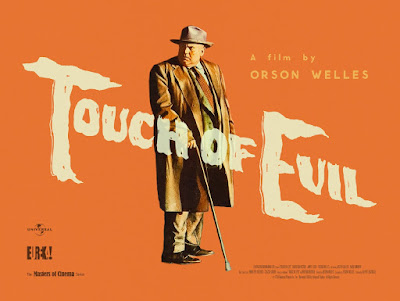 So evil is not just a "touch". It is criminality in the blood. Marlene Dietrich's Tanya watches over this doom like a witch or prophet, and a bleak reminder that there is no hope. Fifty years later, that border is still an open wound.

Posted by Ficciones at Thursday, February 11, 2016