The British actor, who is nominated for the best actress award, says black actors may not have been good enough to make the list of Oscar nominees


Oscar nominee Charlotte Rampling has claimed the current campaign to boycott the 2016 Academy Awards over claims of a diversity deficit is racist to white people.
Rampling, 69, is up for the best actress prize for her role in the British drama 45 Years, from director Andrew Haigh, where she will compete against Room’s Brie Larson, Carol’s Cate Blanchett, Joy’s Jennifer Lawrence and Brooklyn’s Saoirse Ronan. Asked for her take on the current furore over all-white lists of nomineeson French Radio network Europe 1 on Friday morning, the British actor did not mince her words. “It is racist to whites,” she said. 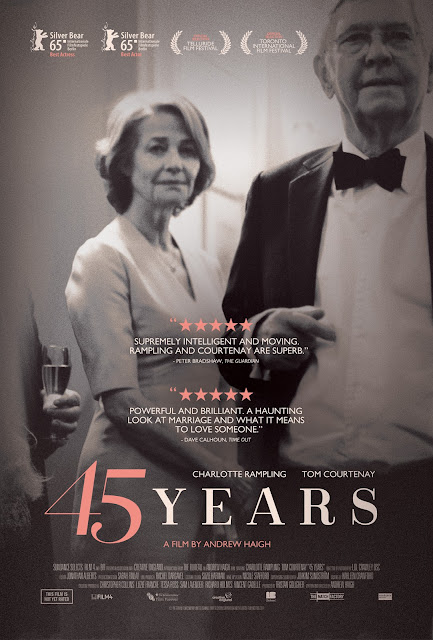 “One can never really know, but perhaps the black actors did not deserve to make the final list,” added Rampling. Asked if the Academy of Motion Picture Arts and Sciences should introduce quotas, a proposal which no current advocate of increased diversity has mooted, she responded: “Why classify people? These days everyone is more or less accepted ... People will always say: ‘Him, he’s less handsome’; ‘Him, he’s too black’; ‘He is too white’ ... someone will always be saying ‘You are too’ [this or that] ... But do we have to take from this that there should be lots of minorities everywhere?”
When the interviewer explains that black members of the film industry feel like a minority, Rampling replies: “No comment.”

Rampling’s stance on diversity stands in stark contrast to the position taken by a number of her fellow nominees. After last week’s announcement of an all-white list of Oscar nominees in acting categories for the second year running, both Larson and Mark Ruffalo, who is up for best supporting actor, spoke out on Thursday in support of efforts to improve opportunities for actors from black and ethnic minority communities in the film industry. Former Oscar winners and nominees such as George Clooney, Viola Davis, Reese Witherspoon and Whoopi Goldberg have also backed calls for change.
Matt Mueller, editor of film industry trade magazine Screen International, said Rampling’s comments were unlikely to help her Oscars cause in the current environment.
“Charlotte is the rank outsider in this category so I don’t think her Oscar chances were all that strong even before the French radio interview,” he said. “But certainly these comments aren’t going to help her cause. They will not go down well with American Oscar voters at all.” Others concurred.

The response to Rampling’s comment on social media was swift. “MISSING: a set of marbles,” wrote the journalist and commentator Piers Morgan on Twitter. “If found, please return to Charlotte Rampling.”

Academy of Motion Picture Arts and Science president Cheryl Boone Isaacs has vowed to address the diversity issue, with the New York Times reporting that changes to the number of nominees in some categories and moves to prune older, less active voters could soon be brought in. Meanwhile, Jada Pinkett Smith, her husband Will Smith and the Oscar-winning director Spike Lee have all said they will not be attending next month’s ceremony in protest at the recurrence of an all-white list of acting nominees.

45 Years, in which Rampling stars opposite the Oscar-nominated English actor Tom Courtenay, is the tale of a retired couple whose life together appears transformed forever when the husband is told by the Swiss authorities that the body of his long-lost girlfriend has been found, five decades after she slipped into an alpine crevasse. The film, hailed as a compelling drama of lost love and missed opportunity, won both actors Silver Bears at the 2015 Berlin film festival and remains in the running for the outstanding British film prize at next month’s Baftas.


Speaking on the Today Show on Radio 4 on Friday, Rampling’s fellow sixties icon Michael Caine advised black actors to “be patient”, and said it had taken him “years to get an Oscar, years.”
Added Caine, 82: “There’s loads of black actors. In the end you can’t vote for an actor because he’s black. You can’t say ‘I’m going to vote for him, he’s not very good, but he’s black, I’ll vote for him’,” said the star of The Italian Job and Get Carter. He continued: “You have to give a good performance and I’m sure people have. I saw Idris Elba [in Beasts Of No Nation] ... I thought he was wonderful.”

The 50 best films of 2015 / 45 years / No. 2
Oscars 2016 / Charlotte Rampling says diversity row is 'racist to white people'
Charlotte Rampling / ‘I cannot explain it but I have never visited the cemetery where my sister is buried’