With her novels reissued as Modern Classics and a Todd Haynes adaptation on the way, the master of the psychological thriller is about to have a moment

n holiday in the Lake District last week, we pitched up at our favourite secondhand bookshop in Windermere, only to find… Oh, no. Where once there had been a small bookcase containing paperbacks at a pound a pop, now there were only sprouting dandelions. The Fireside Bookshop, blessed saviour of the damp walker in need of a soothing Barbara Pym or Patrick Hamilton (OK, Patrick Hamilton is not, in fact, very soothing, but you know what I mean), has relocated to Littlehampton in Sussex.

Down the years, I found a lot of treasure at the Fireside Bookshop, including a first edition of Patricia Highsmith’s 1964 novel The Glass Cell. Thanks to Todd Haynes’s forthcoming movie of Carol – aka The Price of Salt, her lesbian love story of 1952 – Highsmith is about to have another moment, and one that will, moreover, remind readers there’s more to her than Tom Ripley. Among the books of hers I like best are Deep Water from 1957 (jealous husband tries to win back his wife by boasting of murder) and Edith’s Diary from 1977 (abandoned wife’s fantasy life grows ever more weirdly unhealthy). But The Glass Cell, a tale of wrongful imprisonment, really is a masterwork: Crime and Punishment without any hard labour on the part of the reader. As it says on the jacket of my Fireside edition, its opening scene – in a state penitentiary, a man is strung up by his thumbs – is “almost unacceptable”, which is 1964-speak for: this may upset you, but you’ll also be in its power, unable to do anything but read on. 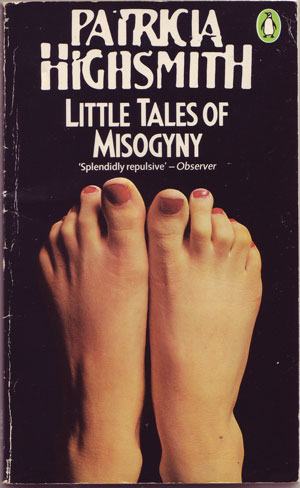 Highsmith never ceases to amaze me. How does such plain writing come with such powerful insights into dark corridors of the human mind? In this, the era of the too-long literary novel, so many writers could learn from her – and the good news is that Virago has recently reissued The Glass Cell, and all the other titles I’ve mentioned, as Modern Classics.