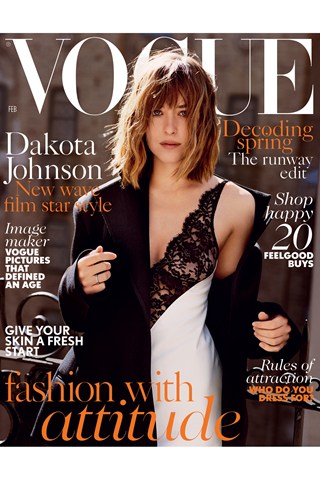 DAKOTA JOHNSON covers February British Vogue, photographed by Alasdair McLellan wearing Céline, marking her debut as our cover star. Inside the issue, the actress sheds light on life in Hollywood, growing up as a part of an acting dynasty and why she has no regrets about her most famous role to date.
"I'm proud of Fifty Shades of Grey. I don't need to distance myself from that," she told us. "The more work I do, the more the general public sees the different things I can do. Do I think it opened doors? Yeah. More people know my name."
She also gave her views on ageism in Tinseltown, using her mother, Melanie Griffith, and grandmother, Tippi Hedren, as examples. 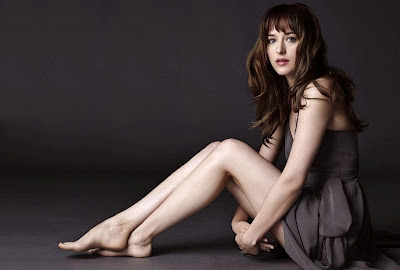 "Why isn't my mother in movies? She's an extraordinary actress! Why isn't my grandmother in movies? This industry is fucking brutal," she stated candidly. "No matter how tough you are, sometimes there's the feeling of not being wanted. It's absurd and cut-throat. Whenever I have downtime, I'm unsure that I will ever work again. I don't know what it is, but it's a definite thing that happens to me." 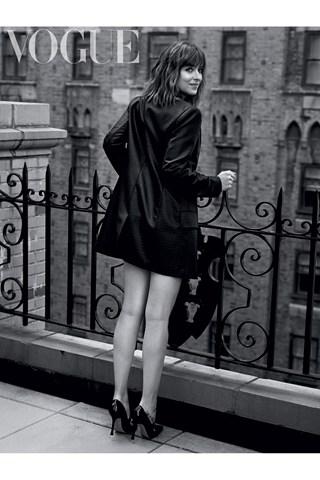 For now though she hasn't got any downtime on her hands, as she is currently promoting her new film, Black Mass, in which she stars as the downtrodden wife of career criminal Whitey Bulger, played by Johnny Depp - her appearance in which she was more than happy to embrace.
"In my real life, I don't look pretty all the time. Nobody does. I love films that are honest... That's the thing that turns me on."
VOGUE