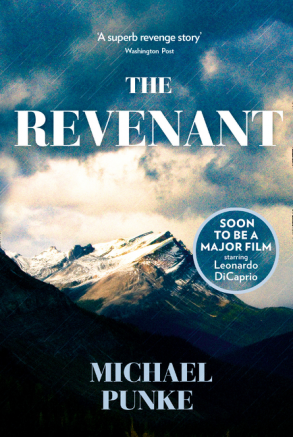 Based on a true incident of heroism in the history of the American West, this debut by a Washington, D.C., international trade attorney and former bureaucrat in the Clinton administration is an almost painfully gripping drama. A Philadelphia-born adventurer, frontiersman Hugh Glass goes to sea at age 16 and enjoys a charmed life, including several years under the flag of the pirate Jean Lafitte and almost a year as a prisoner of the Loup Pawnee Indians on the plains between the Platte and the Arkansas rivers. In 1822, at age 36, Glass escapes, finds his way to St. Louis and enters the employ of Capt. Andrew Henry, trapping along tributaries of the Missouri River. After surviving months of hardship and Indian attack, he falls victim to a grizzly bear. His throat nearly ripped out, scalp hanging loose and deep slashing wounds to his back, shoulder and thigh, Glass appears to be mortally wounded. Initially, Captain Henry refuses to abandon him and has him carried along the Grand River. Unfortunately, the terrain soon makes transporting Glass impossible. Even though his death seems certain, Henry details two men, a fugitive mercenary, John Fitzgerald, and young Jim Bridger (who lived to become a frontier hero) to stand watch and bury him. After several days, Fitzgerald sights hostile Indians. Taking Glass's rifle and tossing Bridger his knife, Fitzgerald flees with Bridget, leaving Glass. Enraged at being left alone and defenseless, Glass survives against all odds and embarks on a 3,000-mile-long vengeful pursuit of his ignominious betrayers. Told in simple expository language, this is a spellbinding tale of heroism and obsessive retribution. Agent, Tina Bennett, Janklow & Nesbitt.(July)