Rooney Mara: male co-stars getting paid twice as much as women is 'frustrating'

Rooney Mara: male co-stars getting paid twice as much as women is 'frustrating'


Rooney Mara has joined the debate over gender pay inequality in Hollywood that was reignited this week by Jennifer Lawrence’s essay for Lena Dunham’s Lenny Letter. 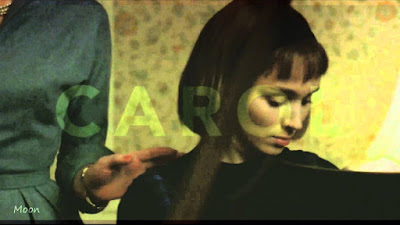 The Oscar-nominated star of The Girl with the Dragon Tattoo expressed her disappointment with Hollywood’s salary imbalance.

“I’ve been in films where I’ve found out my male co-star got paid double what I got paid, and it’s just a reality of the time that we live in,” she told the Guardian. “To me, it’s frustrating, but at the same time, I’m just grateful to be getting paid at all for what I do.”
The actor, who is promoting the Oscar-tipped drama Carol as part of the London film festival, believes that perspective is required in the discussion over pay.
“It’s not fair, but I think about how much teachers are getting paid, or other people who are doing jobs that are so much more important than what I do, and it’s kind of hard to complain about it,” she said.
Lawrence’s emotive essay detailed her dismay at the words used to describe female actors who are seen as forthright, citing the reference to Angelina Jolie as a “spoiled brat” in a leaked Sony email. It’s a problem that Mara thinks outweighs the pay debate.

“To me, the thing that’s more unfair than the pay is the terminology that’s used to describe actresses who have a point of view, and want to have a voice in their life and their career, and what they choose to do,” she said. “I’ve been called horrible things. If a man was acting in the same way that I was acting, it would just be considered normal. To me, that’s the thing I find so frustrating is calling women spoiled brats and bitches. We just want to have a voice in our life, and I don’t think that’s anything that shouldn’t be encouraged in any human.”
Mara is the latest in a number of leading Hollywood names to add their voice to the discussion. Jessica Chastain told Variety that the salary inequality is “completely unfair”, while Emma Watson and Elizabeth Banks both voiced their support for Lawrence on Twitter.

Posted by Ficciones at Wednesday, January 27, 2016