Keira Knightley / 'I was trying to keep hold of a real, raw Anna Karenina' 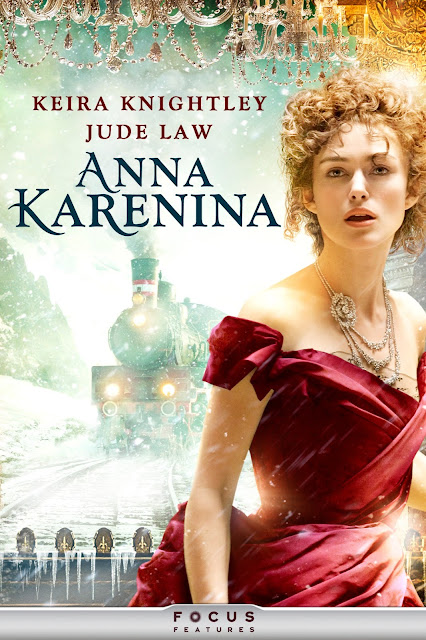 Keira Knightley: 'I was trying to keep hold of a real, raw Anna Karenina'

Did you have any idea how the film would look when you were shooting?
Not really, no. I think we all had little pieces of it in our head, but only Joe [Wright, the director,] really knew. If I'm honest, I think he tried to explain it to us, collectively and individually, but no one really knew quite what he was going on about. If I hadn't worked with him before, maybe I would have panicked but I've learned to just trust him over the years and it helps you dive in.

It's a huge part for you – was it what you expected?
Hardly. When it was first put forward, we were all going to Russia to shoot it there. I was well up for that, but then the budget came in and it was all too daunting, so we had to hold off. It was on, it was off, it was on again. I think Joe was being scaled back and in fact the new restrictions made him incredibly creative, out of necessity. 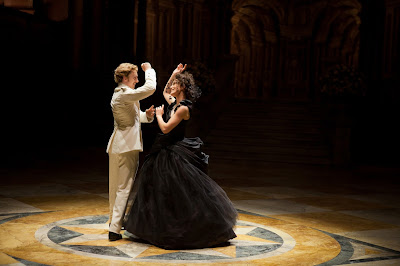 Did that change the way you approached your performance?
Absolutely. Because we weren't going to be doing a naturalistic take on it, I saw it as a kind of juggling act. The set and the way we were flowing from scene to scene meant that we had a very stylised, fluid movement and yet my character's emotional reality had to be as rooted as possible. God, it's hard to explain, partly because I had no idea how it would all turn out. But that's what I was trying to do, to keep hold of a raw, real person at the heart of it, even if her journey was going to be stylised. It was a bloody intense process for me, really hard work.
I saw you on set and you were really concentrating. You had your big book of notes, your face was furrowed, you were really thinking your way round each scene that I watched you do.
Yeah, well, there are some lucky fuckers who can just turn it on. I'm not one of them, I can tell you. I've never really been a finished product, have I? I mean, I think I've got good instincts about whether I'm making a scene work or not, but because I've had to do all my learning as an actress in public, I've turned into someone who's well prepared. That's just the way I work. It's a bit girly swot, if you want to put it that way, but I need it all written out. I do a lot of homework.
Your co-star Aaron Johnson, who plays Count Vronsky, just seemed to be mooching about and then springing into action.
See, he's one of those lucky ones. He's just a star and the way he works is so opposite to me. With him, it doesn't look like work but he's so emotionally mature that it kind of allows him to have this relaxed physicality. I thought he was amazing, and he was just about to be a dad for the second time. He was so chilled.
Did you research the period and the history as much as you researched Anna emotionally?
Yep, all of that. I just have to. If I don't, I get this incredibly crippling stage fright. I've always had it, but I didn't know what it really was until I did my first play on the London stage when I was 24 [in Molière's The Misanthrope]. That's when I suddenly realised what this gnawing fear was. It was stage fright and it was intensified by a live audience being there every night. The only way to fight it was to make sure I knew my lines, my character and my movements so utterly, that I could fall back on them and trust I'd be OK. 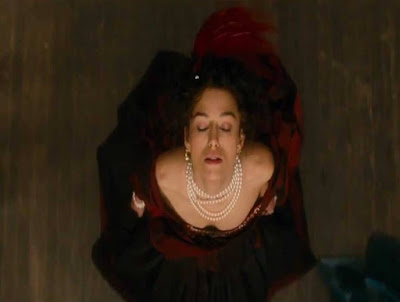 Jacqueline Durran also did your costumes for Atonement. Did her costumes help on this film?
Jacqueline's work seems so sensitive and thought-out. We worked so hard on those, so I'm glad you noticed. It's not just about a nice frock. All Anna's outfits reflect her character in some way, because that's what fashion is and that's what it was to the women of her society.
You look good in a fur hat.
Thanks, I'm a bit of an old pro in a fur hat, having done Dr Zhivago for telly in 2002. But this was different. Anna wore fur and for me it signified that she was suffocating herself in dead skin, trapping herself, making her own cage.


Did you keep any items from the set?
No, not one thing. They've all gone back to some vault somewhere to do whatever costumes do after we've worn them. Maybe these will go on tour – it's a very impressive collection.
What are you doing now?
I'm shooting on the Lower East Side of New York with Mark Ruffalo – God, he's lovely – and Catherine Keener, who is just brilliant, a marvel to watch and learn from, on a film called Can a Song Save Your Life?. It's so, so different toAnna Karenina. We're improvising a lot, which for someone like me, who loves to prepare, is very scary and, yes, I'm singing in it. I know I said I'd never sing again after The Edge of Love, but I've taken the plunge here. It's really good fun, actually.
And of course you're marrying into the music business now [having announced her engagement to Klaxons keyboard player James Righton].
Oh, I'm with the band, all right. We haven't got a date for the wedding yet but there's no rush. Truth is, I don't know what I'll be doing at any given time. Technically, after this shoot in New York, I'm unemployed.
I think you might be busy doing chatshows on the awards circuit for Anna Karenina, you know. Are you comfortable doing that kind of publicity?
I'm not that good at it, really. I just try to be as honest as I can without giving too much away. An actress has to preserve a bit of mystery, you know.